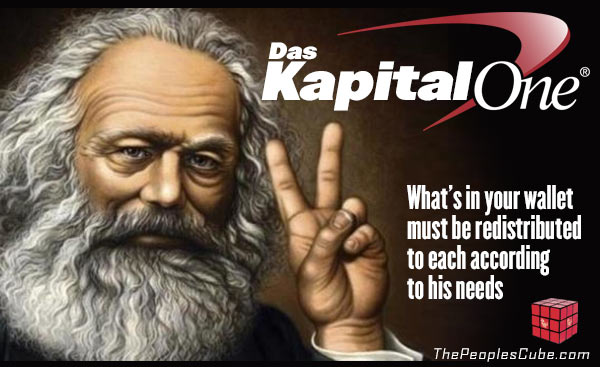 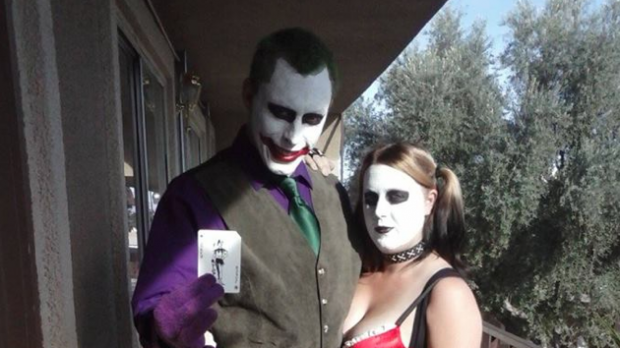 Predictably, the Obama lapdog media is pushing the meme now that the husband and wife, nutjob duo who killed 2 cops and a civilian in Las Vegas a few days ago, before offing themselves, were white supremacists and Tea Party. I can tell you this much, they weren’t Tea Party… they weren’t Three Percenters… they weren’t Oath Keepers. They were deranged psychopaths who conveniently fit a political agenda for the Progressive movement. But that won’t stop Eric Holder, who now with the Chicago police and the ATF are forming an Intelligence Center to fight “three-percenters.” And the Coalition to Stop Gun Violence is using it as a weapon as well: 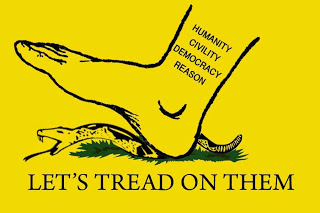 You can bet the enemies of the Tea Party will use this to line up and get their violence on against patriots. From Sipsey Street Irregulars:

Josh Horwitz, the El Guapo of firearms confiscation holding court at the Coalition to Stop Gun Violence, writes at HuffPo “In Wake of Las Vegas Killings, It’s Time to Tread on Insurrectionists.”

By staring down the U.S. government at gunpoint and “winning,” Bundy is inspiring those of weak mind like Jerad Miller to seek a little “glory” of their own. It’s long past time to hold Bundy and his gang accountable for their actions and send a clear message to the insurrectionists. The BLM should enforce the court orders that authorize it to remove Bundy’s trespassing cattle from public lands, which belong to all Americans. Likewise, the FBI should conclude its investigations into alleged death threats, intimidation and possible weapons violations committed by Bundy’s followers and arrest the appropriate parties. We must also collect and assess intelligence to disrupt lone wolves and insurrectionist cells before they can take violent action. I’m encouraged to see that Attorney General Eric Holder has reestablished the Domestic Terrorism Executive Committee to combat “escalating danger” from homegrown terrorists (an initiative that Jerad Miller criticized on his Facebook page just days before his rampage).

Right in line with Eric Holder last week declaring he was going after homegrown terrorists and right on cue.

David Codrea of the Gun Rights Examiner had this to say:

Despite media accounts claiming a tie-in and a video showing alleged Las Vegas killer Jerad Miller talking to NBC’s News4 Reno about the Bundy ranch standoff, he was never admitted to ranch property, Mike Vanderboegh reported Monday on the Sipsey Street Irregulars blog. That confirms a development first published earlier in the afternoon at Gun Rights Examiner, which first reported a possible connection between Miller and his wife and a couple turned away by Ranch supporters after he disclosed he was a felon who wanted to join them.

It’s being claimed that the natural born killer wannabes, Jerad and Amanda Miller, were strong supporters of Cliven Bundy and his standoff to protect his land rights from the BLM. That may have been true, but they were not allowed on the ranch or to meet the Bundys. Jerad was a felon and they were deemed too ‘sketchy’ to let aboard. Much to the collective disappointment, I’m sure, of those who would like to drum up any excuse to descend on Bundy’s ranch and seize that land for the gain of those such as Harry Reid. In Miller’s interviews, he alluded to the threat of violence. I find it convenient for the fascist Left that he conducted those interviews.

“I was out there but they told me and my wife to leave because I am a felon. They don’t seem to understand that they are all felons now for intimidating law enforcement with deadly weapons,” Jerad Miller reportedly wrote on Facebook. “So don’t tell you that they need people. We sold everything we had to buy supplies and quit our jobs to be there 24/7. How dare you ask for help and shun us dedicated patriots.”

The Millers started their fateful day off after leaving a neighbor’s apartment where they had been staying at about 4:30 a.m. and walked for hours, eventually reaching the strip mall, about 5 miles away. In an apparent bid to get even with everyone and become infamous after departing the Strip permanently, these two married wackados ambushed two cops in North Las Vegas who were eating pizza for lunch and shot them point blank, execution style. They then stripped them of their guns and ammo and draped Gadsden Flags over the bodies and laid a note on the body of officer Igor Soldo, 31, that said “this is the beginning of the revolution.” Various accounts are confusing on this… CBS Las Vegas claims that they placed a note, a yellow “Don’t tread on me” flag and a swastika on the officers’ bodies. The suspects then fled to a nearby Wal-Mart, where Jerad Miller fired a single shot upon entering, police said. A patron at the store who carried a firearm confronted Jerad Miller, not realizing that he was accompanied by Amanda Miller, who shot and killed the man, police said. He was identified as 31-year-old Joseph Wilcox of Las Vegas. Amanda then shot Jerad several times and then herself in the head. She died at the hospital.

Assistant Sheriff Kevin McMahill said the two suspects had ideology that was along the lines of “militia and white supremacists” and that law enforcement was the “oppressor.” I believe that was true, but who didn’t see this type of scenario coming? Reid and the LV police all but promised that something of this type was bound to happen, providing them cover and the desired scapegoats to continue on with their heavy handed seizures and Constitutional violations. You know that the powers that be here hope this is the trigger that finally sets off both sides and lets them hunt down the Tea Party and any patriots connected to them. It’s bull crap and propaganda using counterpatriotism as leverage.

Insanity abounds these day and there are violent crazies everywhere. Insanity is the handmaiden of evil and evil is social:

“The dawn of a new day. May all of our coming sacrifices be worth it,” he said on Facebook.

“We can hope for peace. We must, however, prepare for war. We face an enemy that is not only well funded, but who believe they fight for freedom and justice. Those of us who know the truth and dare speak it, know that the enemy we face are indeed our brothers. Even though they share the same masters as we all do,” he reportedly wrote. “They fail to recognize the chains that bind them. To stop this oppression, I fear, can only be accomplished with bloodshed. May the best men of our beloved nation stand and fight tyranny, without fear and without regret. May we stand proud as free men instead of kneeling as slaves.”

Anyone who sets out to kill cops or military as a political agenda is batshit crazy and just plain evil. Period. They were militant radical loons who had a warped view of freedom. Saying they represent the Tea Party is just as wicked as painting everyone with the same brush for any atrocity committed. Not only were they murderers who were armed, it is rumored they were on meth which amps up the crazy violence even further.

While the media is doing everything they can to blame this on the Tea Party and patriots… while Sheriff Gillespie will no doubt use the incident as an excuse to arm up even more and come down harder on citizens… this act of counterpatriotism is merely another vehicle to be used against the Constitution, our rights and Americans in general. They will fly more and more Constitutional violations under a flag of purported inconvenience, while using the Praetorian Guard of this Administration to transform us from a Constitutional Republic into a totalitarian state. Violence and murder are just easy transportation using Las Vegas as a way station for evil’s summer catalyst.

Update: The Las Vegas cop killer was a disillusioned Obama supporter, angry that “Hope and Change” was a lie… Figures.