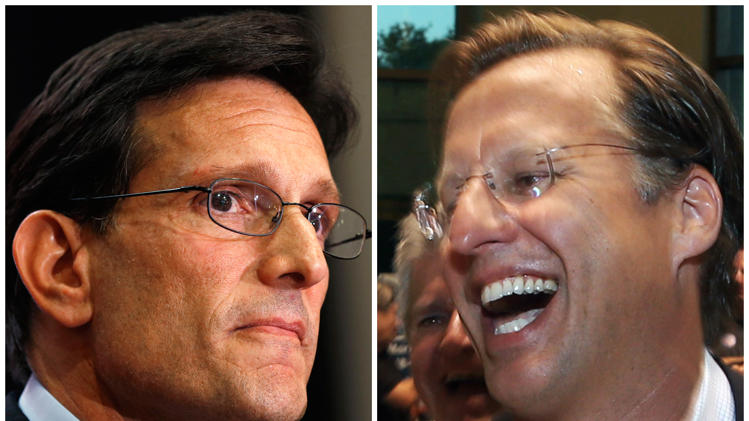 GOP House Majority Leader Eric Cantor has been defeated. Tea Party favorite Dave Brat won with the resounding margin of 55.6 percent to Cantor’s 44.4 percent. Cantor spent millions on the campaign, smearing Brat, lying to the voters, claiming to oppose the “Obama-Reid plan to give illegal aliens amnesty,” while pushing for in-state tuition for illegal aliens and promoting the House RINO stealth plan to impose immigration “reform” against the wishes of most Republicans. Brat spent $200,000, attacked Cantor for his two-faced position on immigration and talked about the need to limit government. His big advantage was endorsements from Mark Levin, Laura Ingraham and Ann Coulter.

This election was a referendum on illegal alien amnesty and the RINO GOP leadership’s arrogance and duplicity. Cantor defined all three of these characteristics. Virginia voters gave him a resounding thumbs down.

Reports of the Tea Party’s death have been greatly exaggerated. This is a small bright spot of good news for America.