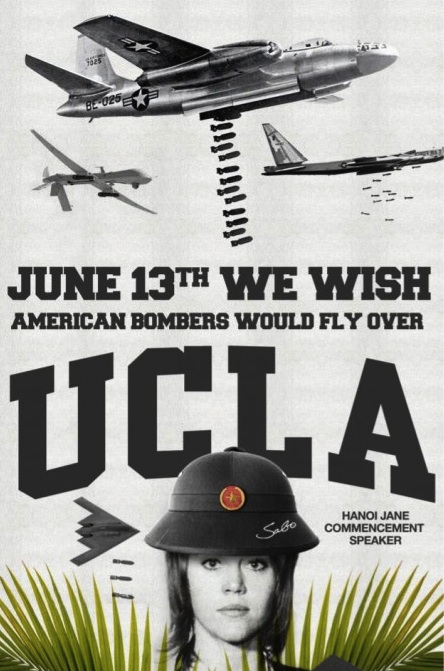 Art or Vandalism? Street Artist Sabo Creates Edgy Work That Has Made the Left Angry
and we love him!!! — UnSavory Agents

“Four years ago, I promised to end the war in Iraq. We did. I promised to refocus on the terrorists who actually attacked us on 9/11. We have. We’ve blunted the Taliban’s momentum in Afghanistan, and in 2014, our longest war will be over. A new tower rises above the New York skyline, al Qaeda is on the path to defeat, and Osama bin Laden is dead.” – President Barack Hussein Obama, 2012

“The only final sin is stupidity.” – Hunter S. Thompson

“They were careless people–they smashed up things and creatures and then retreated back into their money or their vast carelessness… and let other people clean up the mess they had made.” – F. Scott Fitzgerald, The Great Gatsby

The big story this week is the al-Qaeda offshoot in The Islamic State of Iraq and al Shams (ISIS) and its successful offensive against the Shi’ite Iraqi government that has it in charge of Mosul, Iraq’s second largest city and advancing on Baghdad. A large part of the success of ISIS is a story we’re not really being told, but this week’s winning entry, Joshuapundit’s Obama Is Aiding And Abetting Jihad Against The West – In Syria, is my attempt to tell that story in some detail, about how the Obama Administration set the stage for what’s happening in Iraq by arming, training and funding ISIS and other jihadi groups in Syria covertly for two years without informing congress… and what the ultimate consequences for us could end up being. Here’s a slice:

In his commencement address at West Point, President Obama has announced that the U.S.is ‘weighing military aid’ for Syrian rebels. Separately, administration officials spoke off the record to reporters from the Associated Press and said that Obama and his team are planning to send U.S. military advisers to Jordan to train and equip certain moderate Syrian rebels.

Actually, the president has been covertly indulging his desire to intervene in Syria on the side of Islamist rebels without congressional oversight for quite some time, and its pernicious effect is starting to be felt. Just like the president’s illegal intervention in Libya, our intervention in Syria has been like a rock dropped into a lake, sending ripples far beyond the original point of impact.

The training has mostly been done in Qatar and conducted by the CIA,although training of jihadis has also occurred in Jordan, where we already have almost 2,000 U.S. troops stationed and in camps along Syria’s border with Turkey.

The president predictably lied about this when he was asked, but a documentary made by PBS (hardly a right wing, anti-Obama platform) entitled ” Syria: Arming the Rebels” actually shows jihadis training, holding up U.S. weapons and supplies and describe their journey from the Syrian battlefield to meet with their American handlers in Turkey and then being shipped to Qatar. Once there, they’re instructed in sophisticated combat techniques, including one course on “how to finish off soldiers still alive after an ambush.”

As PBS notes “it appears the Obama administration is allowing select groups of rebels to receive US-made anti-tank missiles.”

The United States has already spent $287 million so far in what’s described as nonlethal aid for the rebels, with whom knows how much for military aid and training since the Obama Administration and the president still deny that took place. I mean, who are you going to believe? Barack Obama or your lying eyes?

In any event this new emphasis means that a lot more money and arms are headed to Syria. Secretary of State John Kerry is talking in the neighborhood of $5 billion. He also claims we have the ability to vet who the aid goes to, which is ridiculous given the facts on the ground unless we really are going to send boots on the ground to Syria to get involved and see who lines up next to us.

How have our efforts in Syria been turning out so far?

Well, first of all, as was apparent from the PBS documentary and other sources, we haven’t really had all that much control of where the arms, money and supplies go, or really, even who gets trained.

It’s a similar situation to what happened in Afghanistan back in the late 1970′s when President Carter began arming the Afghan muhadejin to fight the Soviets. We sent the stuff to Pakistan and it was our dear friends the Pakistanis who decided who got what, not us. Any wonder the Taliban took over once the Soviets skedaddled?

What Syria is becoming is jihadi summer camp, with foreign fighters flocking there, picking up valuable experience and skills like how to make an IED that won’t result in a work accident, gaining combat experience in Syria and Iraq and then ultimately heading back to their home countries to teach others. Al Nusrah and ISIS already run their own training facilities in Syria and in the parts of Iraq ISIS now controls.

The resurgence of al-Qaeda in Iraq, where ISIS now controls 3 of Iraq’s 18 provinces can be directly linked to President Obama’s covert decision to support and arm the Syrian rebels, and, as we will eventually find out when the truth about Benghazi surfaces, to his intervention in Libya. We have only estimates of how many jihadis with Western citizenship have been trained and indoctrinated there, and no one in the Administration is paying any attention to how many have received U.S. arms, money and training.

In late October 2013, Mike Rogers, chairman of the US House Intelligence Committee, warned that al-Qaeda allies in Syria were now “talking about conducting external operations, which is exactly what happened in Afghanistan, which led to 9/11.” 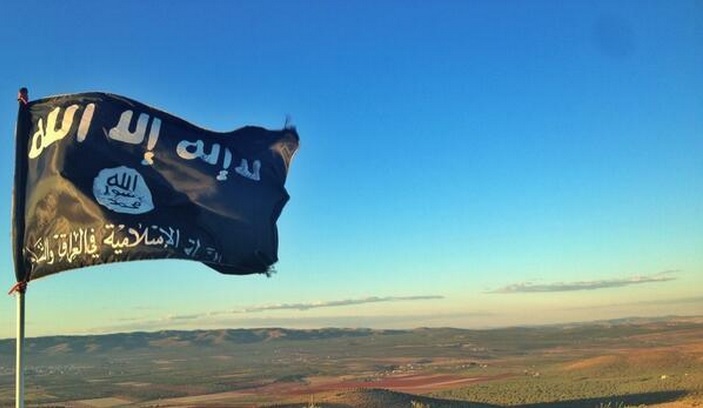 In our non-Council category, the winner was the one and only Mark Steyn with a piece that may very well become a modern classic, A Non-Debating Society submitted by Liberty’s Spirit. It’s a brilliant examination of free speech and how it’s become stifled by what he calls ‘the heckler’s veto.’ A must read.

Here are this week’s full results. Only Simply Jews, basking in sunny Italy, was unable to vote this week, but was not subject to the usual 2/3 vote penalty: