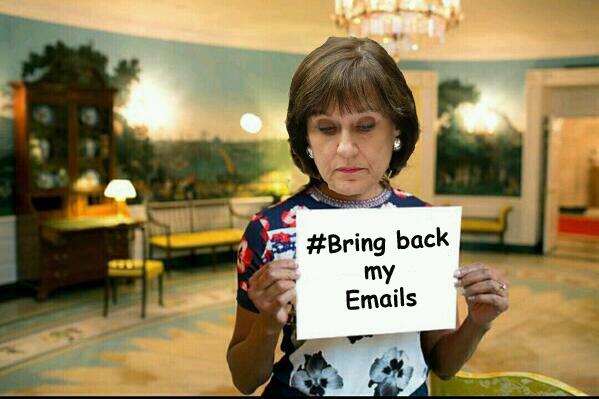 After hearing from the IRS that Lerner’s emails for the past two years mysteriously died in a hard drive crash, one of those Congress critters, Darrell Issa, subpoenaed Lerner’s entire hard drive.

The IRS has already replied, saying well, you know, it was just sitting there not doing anything and we believe one of the guys, we can’t remember exactly who, took it home to use it as a boat anchor. But that didn’t work so good because it was too light and it was too heavy to be a decent fishing sinker. So, if we remember right, the story was that he cut it loose and threw it overboard and as far as we know, it’s somewhere at the bottom of Chesapeake Bay. Or… it might have happened when he took his boat down river to Virginia, no one’s really sure. Anyway, it’s not here anymore. We regret that we can’t be of more help, really we do.

This, I believe, is what our grandfathers would have referred to as a real fish story.

* VA Right’s Tom White is on quite a roll after being one of the few political writers, if not the only one, to correctly predict Eric Cantor’s demise in his native Virginia! He’s been cited numerous places, was the subject of a laudatory article by NewsMax and was interviewed by, among other places, the Washington Post and the Columbia Journalism Review, and we’ll definitely have those links for you once they’re up. Council Akbar!!

To bring something to my attention, simply head over to Joshuapundit and post the title and a link to the piece you want considered along with an email address (which won’t be published) in the comments section no later than Monday 6 PM PST in order to be considered for our honorable mention category. Then return the favor by creating a post on your site linking to the Watcher’s Council contest for the week when it comes out Wednesday morning.