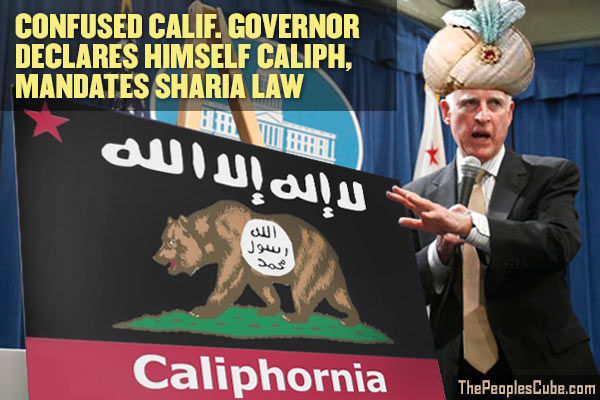 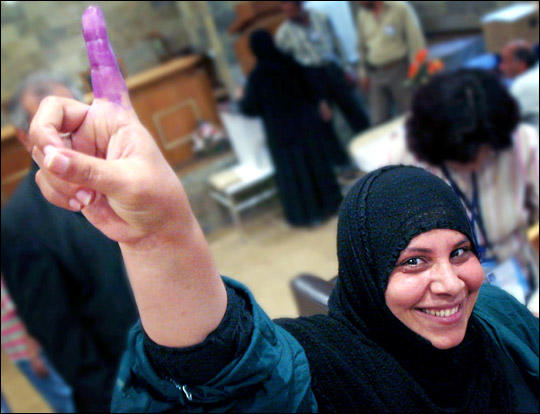 “Those who hammer their guns into plowshares will plow for those who do not.” – President Thomas Jefferson

“A fear of weapons is a sign of retarded sexual and emotional maturity.” – Sigmund Freud

“An armed society is a polite society.” – Robert Heinlein

“That rifle on the wall of the labourer’s cottage or working class flat is the symbol of democracy. It is our job to see that it stays there.” – George Orwell

This week’s winner, Bookworm Room’s – Bookworm’s 5 Point Gun Manifesto: Or Why I believe in Gun Rights, spells out oh so clearly why without the Second Amendment all the others are meaningless. Here’s a slice:

God forgive me, but I used to be so anti-gun that I donated to The Brady Campaign To Prevent Gun Violence. I know. Mea culpa, mea culpa, mea maxima culpa. Since that time, I’ve done a complete 180 and become a fervent gun supporter and a proud member of the NRA.

This change did not come about because I suddenly became a psychopathic killer, with guns as my weapon of choice. I do kill (spiders, fleas, and ticks) and I do eat dead bodies (cows, pigs, chicken, and fish), but I’m scarcely Hannibal Lecter.

Instead, my reversal on guns came about because I realized that gun’s are a predicate requirement for individual freedom and security. I’ve created five principles that justify this conclusion. These principles are: (1) Individuals bearing guns are the best defense against the world’s most dangerous killer: government; (2) I am a Jew; (3) I am not a racist; (4) a self-defended society is a safe society; and (5) the only way gun-control activists can support their position is to lie.

I develop each of these principles below.

A. Individuals Bearing Arms Are The Best Defense Against The World’s Most Dangerous Killer: Government.

a. Mad or predatory individuals, ideologically motivated groups, and mean or careless corporations have never succeeded in using guns to achieve more than a few thousand deaths in any individual act.

DemProgs and conservatives alike share the same concerns: they don’t want killers to have guns. It’s just that DemProgs haven’t quite figured out who the real killers are. Their obsessive focus is on individuals and corporations. Let’s humor their fears and look at number of deaths those particular killers have achieved, beginning in the 20th century through to the present day.

The worst psychopathic individual mass murderer who did not use a gun: Gameel al-Batouti. On October 31, 1999, he cried out “Allahu Akbar” as he piloted a plane full of passengers into the Atlantic Ocean, killing 217 people.

The worst ideologically driven collective of mass murderers who did not use guns: The 19 al Qaeda members who, on September 11, 2001, used box cutters to hijack four planes, crashed those planes into three buildings and one into a field, and killed 2,996 people in a matter of hours.

The worst corporate mass murderer that did not use guns: In December 1984, the Union Carbide India Limited pesticide plant in Bhopal, India, accidentally released toxic gas from its facility, killing 3,787 people.

CONCLUSION: When dedicated mass murderers use something other than guns, they’re able to achieve deaths that range from a few hundreds dead to a few thousand dead.

The worst psychopathic individual mass murderer who did use a gun: Anders Behring Breivik who, on July 22, 2011, shot and killed 69 people in Norway – mostly teenagers. This rampage came after he’d already set off a bomb, killing 8 people. Norway has strict gun control.

The worst ideologically driven collective mass murderers who did use guns: Given Islamists’ tendency to use all weapons available to shoot as many people as possible in as many countries as they can, this is a tough one to call. I believe, though, that the Mumbai terror attack in 2008 is the largest ideologically driven mass murder that relied solely on guns. Throughout the city of Mumbai, Islamic terrorists engaged in a coordinated attack that killed 154 people. Even the unbelievably bloody and shocking mall shooting that al Shabaab staged in Kenya killed only 63 people.

The worst corporate mass murder that did use guns: I can’t find any. To the extent that numerous workers died in any given 19th century labor dispute, those deaths occurred because state government, siding with management, sent out the state’s militia to disperse the strikers. For example, in November 1887, in Thibodaux, Louisiana, the state militia killed between 35 and 300 black sugar plantation strikers. The 20th and 21st century did not offer such examples.

CONCLUSION: When individual killers or small groups of killers rely on guns, their effectiveness is limited, compared to those who use planes or bombs. In addition, corporations (outside of crazed Hollywood movies) drop out of the running entirely.

It’s clear that both individuals (singularly and collectively) and corporations can kill. However, even when given optimal killing situations (e.g., acts of terrorism or corporate negligence), the numbers stay in the low thousands – and sink even further when guns are involved.

DemProgs could conceivably argue that, once you start adding up small killing events (a murder here, a murder there), you’re going to find a lot of dead bodies piled around you. For example, if one adds up America’s annual murder statistics from 1960 through 2012, the total number of Americans killed in those 52 years is 914,191. (This number encompasses all murders, not just those with guns, but we’ll still use it as the most extreme illustration of Americans’ alleged propensity to violence.)

If we then engaged in the risible pretense that these numbers were stable for all 233 years of America’s existence (900,000 murdered citizens per every 50 years), we could claim that citizens of the most murderous nation in history (which is how DemProgs view their own country) would have managed to achieve only around 4,000,000 murders in 233 years, using all weapons available.

Wow! 4,000,000 murders in 233 years! No wonder that DemProgs are so desperate to keep guns out of their fellow citizens’ hands. To them, Americans are stone-cold killers, wholly capable of killing almost a million of each other in just 50 years.

Enough of the silly numbers! Let’s talk now about the real killers of the 20th and 21st centuries: Governments killing their own people or engaging in genocidal attacks against specifically selected religious, cultural, or racial groups – all of them unarmed and defenseless.

Much more of this must-read piece at the link.

In our non-Council category, the winner was Mark Steyn for The Unmaking of the American World, submitted by Liberty’s Spirit. In it, he analyzes the psychological aspect of America’s retreat and how the Left is bringing it about.

Here are this week’s full results. Only Simply Jews, still enjoying himself in Italy, was unable to vote this week and was not subject to the 2/3 vote penalty for not voting: