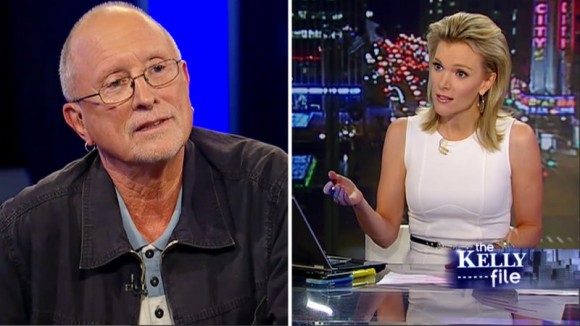 Bill Ayers shouldn’t be interviewed; he should be jailed. Megyn Kelly’s interview of Ayers, made reference to the role of Ayers and Bernardine Dohrn in the bombing-murder of San Francisco policeman Brian V. McDonnell. Unfortunately, Ayers lied his way through the interview, which aired over two nights on her nightly Fox News Channel show, “The Kelly File.”

But this is what happens when a professional liar like Ayers does a “shocking” TV interview. The exchange may achieve high ratings, but nothing good will come out of the interview unless Kelly now follows up with the “Justice for Victims of the Weather Underground” campaign we have been waging for five years for the “cold case” bombing murder of Sergeant McDonnell to be reopened and examined by a federal grand jury.

By the way, the Weather Underground wasn’t just “radical,” as claimed by Fox News. It was a communist organization with links to Hanoi, North Vietnam, communist Cuba and even Moscow.

Ayers tried to discredit former FBI informant Larry Grathwohl, who testified under oath about the bomb plot. Ayers was not under oath on the Kelly show. So what did you expect? That Ayers would confess? It didn’t matter how many clips from TV shows or documentaries that Kelly had—Ayers could be counted on to deny anything that would incriminate him in murder. He stuck to his story that his bombs only hurt property, not people.

The only solution is to put Ayers and Dohrn under oath before a federal grand jury and bring in other potential witnesses to testify about the bomb plot. We would learn from such a proceeding that members of the Weather Underground were taught how to make bombs by the Cuban intelligence service during trips to Cuba.

Larry Grathwohl died last year, but not before an updated version of his 1976 book, Bringing Down America, was published. If people want to understand the case and what the Weather Underground was all about, this is the book to have. Larry was an “eyewitness to communist terrorism,” after he served his country in Vietnam.

As I noted in my column, “Larry had come back from the Vietnam War only to find that he had to do battle with communists in the United States. He helped the Cincinnati police and the FBI do just that. He had evidence, presented to a grand jury and the U.S. Senate, that Ayers and Dohrn were involved in the 1970 bombing murder of San Francisco Police Sergeant Brian V. McDonnell. McDonnell suffered two days in the hospital before dying from a bomb packed with heavy metal staples. One staple went through his eye. The communist terrorism that Larry saw in Vietnam had come to America. He had been accepted by the Weather Underground because they perceived him to be a disgruntled serviceman angry over the course of U.S. imperialism in Vietnam.”

Larry’s daughter, Lindsay Grathwohl, told me, “My father’s story was not accurately told, and Bill called dad a liar. He is no longer able to speak for himself, but I am here, and I can speak for him. People need to know who my dad was and what a hero he is.”

This is where Ayers’ lies on the Kelly show also did damage. He repeatedly claimed that America’s Vietnam veterans were killing 6,000 people a week in a “genocidal” war and that the bombing campaign of the Weather Underground was a reaction to that. This claim is pure communist disinformation, designed to obscure the fact that Ayers was not anti-war—he was pro-war. He wanted the communist side to win.

The communists started the war in Vietnam by invading South Vietnam. As President Reagan said, the Vietnam War was a noble cause to save the people of South Vietnam from the fate of communist tyranny. Tragically, the liberals in Congress cut off aid to South Vietnam, leading to the American military withdrawal. The communists then took over neighboring Cambodia, killing two million people in that country. Vietnam is a communist dictatorship today.

Tina Trent, who helped Larry re-publish his book, says Kelly’s failure to make the point that Ayers was in fact a “pro-war” activist was very disappointing. The slogan of the Weather Underground was to “Bring the War Home.” They wanted to “end the war” only in the sense that they wanted the communists to win, here and abroad.

Former FBI agent Max Noel, a member of the Weatherman Task Force in San Francisco, was among those who discovered the Weather Underground bomb factory in that city. It contained the fingerprints of Bill Ayers and Mark Rudd. FBI agents found dozens of copies of Marxist-Leninist books and pamphlets in the bomb factory, but did not locate any “anti-war” literature.

By the way, in addition to C-4 explosives and dynamite, photos of what was confiscated show stabbing instruments used to stab people, not property.

Ayers and Dohrn obtained lucrative jobs as university professors, associated with prominent politicians such as Barack Obama, and still give speeches and interviews around the country. This time, Ayers got on Fox News, supposedly his nemesis. He lied his way through the whole thing.

Trent, like many others, is troubled by the network giving Ayers a platform. However, we pointed out years ago that News Corporation, parent company of the Fox News Channel, published a book by Weather Underground terrorist Mark Rudd, through a subsidiary.

Kelly’s reference to “Professor” Ayers brings up something else. Christopher G. Kennedy, chairman of the University of Illinois Board of Trustees, had led the effort to deny Bill Ayers the title of professor emeritus because Ayers had written a book dedicated in part to the killer of his father, Robert F. Kennedy. He was unanimously denied emeritus status.

So he is really not a professor any more.