Via Charlotte Iserbyt’s The Deliberate Dumbing Down of America (p. 134), my emphasis:

THE DAILY WORLD OF NOVEMBER 8, 1975 CARRIED A VERY INTERESTING ARTICLE ENTITLED “Planning Is Socialism’s Trademark” by Morris Zeitlin. The Daily World (newspaper of the Communist Party USA) was formerly known as The Daily Worker and was founded in 1924. The importance of this article lies in its blatant admission that [regionalism], which is gradually becoming the accepted method of unelected governance in the United States (unelected councils and task forces, participatory democracy, public-private partnerships, etc.) is the form of government used in democratic socialist and communist countries. The following are excerpts from this article:

In our country (the United States), rival capitalist groups, jealously guarding their special prerogatives, have rigidly maintained the traditional boundaries of states and counties while national economic and social development has created metropolitan regions that overlap those boundaries. We have no regional government and no comprehensive regional planning to speak of. Regional government and planning remain concepts our urban scholars and planners have long advocated in vain….

In socialist countries, metropolitan regions enjoy metropolitan regional government and comprehensive planning. Of the many regions on the vast territory of the Soviet Union, the Moscow Region commands special attention, for it has been, since the 1917 Revolution, the country’s economic and political center.

The economic and functional efficiencies and the social benefits that comprehensive national, regional and city planning make possible in socialist society explain the Soviet Union’s enormous and rapid economic and social progress. Conversely, our profit-oriented ruling capitalist class makes comprehensive social and economic planning impossible, causing waste and chaos and dragging the entire nation into misery and suffering as its rule deteriorates and declines.

The push to consolidate school districts is a prime example of regionalism. For example, one New York school district comprises some 1,700 schools. So much for local control of schools by parents and teachers. It amounts to an educational collective, custom-made for total federal control.

On a broader and more disturbing scale, the collusion of nations like Brazil, Russia, India, China and South Africa (BRICS) is a global form of regionalism that is aligning itself against the U.S. dollar. 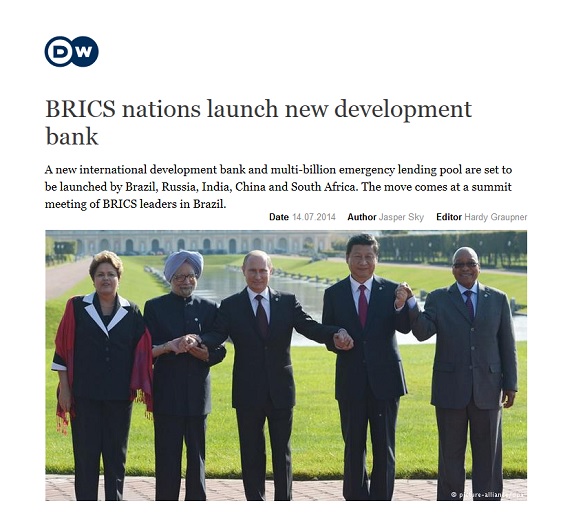 We’ve already seen the result of regionalism in the creation of the European Union (EU). The EU’s governmental system more resembles the model set forth in Plato’s Republic, whereby an elite cadre of “philosopher-kings” rule the masses, and the notion of national sovereignty is wiped out, i.e. globalism.

There has long been talk of a North American Union (NAU)—the merger of Canada, United States and Mexico.

By the way, I hear Barack Obama is a big fan of “regionalism.”