I’m tired of hearing one politician after another tell the American public that they are going to do something to stop the lawlessness. They offer solutions such as suing the President, taking a vote to offer some new bill that will prevent the lawlessness or skipping rocks across the river. To be fair, I haven’t heard that last one but they may as well offer that solution because it makes as much sense as anything else I’ve heard.

Nothing has been done to stop the proverbial bleeding that continues to plague this country every time some politician or the Obama Administration fails to follow the laws of the U.S. Constitution. If you are still breathing then hopefully you can relate to what I am saying. Most of our elected officials have failed us. They are going to keep on talking about how they intend to solve our problems but they are going to continue to do what they have always done; play political games. This is no game, folks and I doubt that you feel it is either!

I’ve been convinced for some time now that Republicans are nothing more than Democrats in sheep’s clothing and I’m tired of it. As far as I’m concerned, we now have a one party system. Democrats are, for the most part, looking to keep their tight grip on the Senate and the Presidency instead of stopping the obvious lawlessness that is being committed. Time to look elsewhere for solutions! 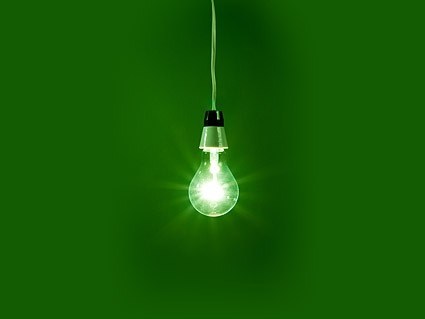 I’m looking for those solutions, NOW! I’m searching for legal, lawful, Constitutional and God-fearing solutions to the issues that we are facing today.

To get to solutions, we will need to stop preventing the discussion by playing the racism card. We are not a society of racists per se and this issue is not the issue facing most Americans today. We have been pushed by an agenda of this administration into believing that we hate each other. This has been done to distract us while the real issue, the lawlessness that is taking over this country, can proceed uninterrupted.

I have lived through and have been a victim of real hatred. I survived, yes survived, racial riots while trying to complete an education that I so dearly desired. I’ve seen girls’ hair set on fire while walking down the school hallways. I’ve been the intended victim of those trying to stick needle-like hat pins into my spine, as I and other girls sat on a retaining wall during lunch.

I have been threatened with bodily harm, ducked as chairs flew over my head around the lunch room during a riot, and listened to my boyfriend recount the horror of almost losing an eye when he was held up against a locker and viciously pummeled.

I’ve also sat and listened to my brothers provide the details of their own ordeal while they tried to leave in a car during one of these race riots, only to have their car rocked back and forth by an angry crowd.

Do these types of hatred exist in the U.S. today? Who knows? However, it is not the predominant behavior of the day. Let’s move beyond believing that we are still stuck in the 1960s. We are not. Does racism still exist to some extent? Yes, and it always will, whether you live in this country or another one. However, we are not divided as a country in that way. We are being told that we are, but this propaganda is not reality.

Now, having said that, I want to talk solutions. We have a crisis, a real factual crisis on our hands today. It is the crisis at the border. People are coming across our borders illegally because they have been told by our own government, intentionally or otherwise, that they can.

Since the government is not preventing the illegal crossings from occurring, what can we as Americans do to stop the undue burden on our economy and our schools which is pushing our country closer to its breaking point?

I would like to focus today’s solution on the schools and what can be done. This is a solution I know that many parents are not going to like but it needs to be said. Parents you should consider removing your children from public schools and placing them in a homeschool environment.

Parents, like it or not, you are one of the biggest targets that his government has in its sites. They use you and your children on a daily basis to drive their agenda home. As such, you have the power to help stem the flow of government intrusion into your life by refusing to fund their agenda.

This fall, your children will be attending school with the children and those posing as children, who came into this country illegally this past summer.

This illegal influx will put an undue burden on teachers, schools in general, changes in how schools are operated, and in turn this will create more federal government oversight into how schools are coping with these changes. While the government will be overseeing the process, and punishing those schools that they believe are failing in governments’ mission, your child will suffer the consequences.

While the government will be acting to ensure that those students here illegally receive an education in this country the way the federal government deems appropriate, your children’s education and school programs, will no longer be the focus. If you like your school the way it is, you won’t be able to keep it the way it is!

I know that the last thing you feel you need is one more huge responsibility to take on. You may be wondering how you can homeschool when you and your partner/spouse work full-time.

Homeschooling has changed significantly since your parents and grandparents may have been homeschooled.

Also, there is even a group that will legally represent you as a homeschooling parent should the need arise for a low-cost monthly fee.

In addition, today there are homeschool groups, where each parent can take turns educating their own and others’ children, where children can participate in sports, and go on field trips with other homeschool children just like children in public schools.

Finally, your children will be able to receive the individual attention that they may not be getting at school.

If you continue to pour your money into the public school system, where your child’s education may no longer be a priority, you will continue to see your rights as a parent eroded.

Presently, schools dictate to parents the curriculum that their children will use without input or approval from parents. Common Core was instituted into the education system without parental approval and without the approval of teachers. The government acted on its own to tell you what they believe your children should learn, whether you agree or not. As we have seen, Common Core is purely a money making scheme for the schools, government, and special interest groups, who are learning private information about your children so that they will soon be able to dictate your child’s future.

In addition, you are now being told by the First Lady, that as parents you have failed in providing the right kind of food for your children that the government believes they must have.

If you take a wait and see attitude about whether homeschooling is right for you instead of going online today to research the resources that I have provided, then trust that the government will be using your delay to move full speed ahead with their plans.

Isn’t it time to start parenting your own children without undue government interference? You hold the power and the key. Use them to benefit both your children and your country!

Gulag Note: For another necessary solution, see The Sovereignty Campaign.