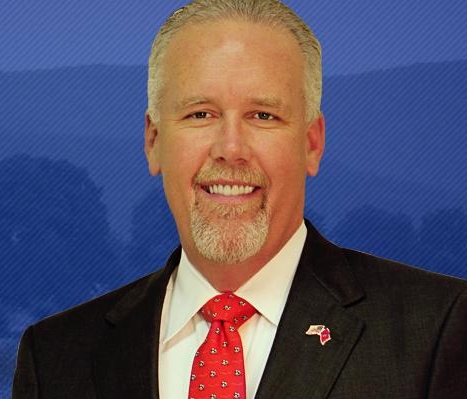 Please forgive me for stating the obvious. The mainstream media does not report the news nor does it give a rat’s derriere about America. The mainstream media is nothing more than co-conspirators with Obama, assisting his fundamental transformation of America. Its role is to protect Obama above all else and spin stories and polls to dispirit conservative opposition.

I have decided to stop helping the enemy to depress me by listening to all of the garbage that comes out of the mouths of Obama’s talking heads. For six years, regardless of the issue, everything they say is designed to shield Obama, brand conservatives as extremists and discourage them. I am talking about the likes of Juan Williams, Alan Colmes and Leslie Marshall to name a few. I know what these Obama operatives are going to say. So, why on earth should I allow these unworthy minions to raise my blood pressure by granting them access to my mind. Whenever I see their heads pop up on my TV, I hit “mute”.

While I realize it is prudent to stay informed, certain pundits have proven themselves to be total Obama sellouts. Obama’s professional dispiriting voices are engaged in psychological warfare. In essence, they are driving through the streets of America with a bullhorn proclaiming, Conservatives, your plight is hopeless. You have lost! Surrender to Obama, now!

By the way, muting these guys has proven to be great for my blood pressure.

Patriots, we are attacked daily by Obama’s army of MSM drones and talking head snipers, committed to seeking and destroying our “will” to fight back against Obama’s hostile takeover (transformation) of our great nation.

Brothers and sisters, we are the good guys and God is on our side. Therefore, I focus all of my attention each day on whatever task God places in front of me to weaken and ultimately defeat Obama’s evil agenda. That task at the moment is to help Tea Party conservative Joe Carr to defeat RINO Lamar (whatever Obama wants, Obama gets) Alexander in the August 7th Republican primary in Tennessee.

My wife Mary’s dad, Don, recently passed away. Don was an old-school American hard working, honorable, loving husband and father; a real man. We attended his memorial in West Virginia. After a brief stop back home in Florida, we will love on Sammy (our greyhound) a bit and hit the road.

We will drive to Tennessee to meet up with our Conservative Campaign Committee (CCC) team to dive head first into the Joe Carr for U.S. Senate campaign. Our CCC team effort includes an independent expenditure campaign which involves producing and airing ads for Joe Carr; boots on the ground to organize volunteers to make phone calls, wave signs and more. Our team will exhaust every opportunity to hoist Carr over the top. Lord knows, our Tea Party movement needs this one folks.

State Rep. Joe Carr is a great guy; one of us – committed to Reagan principles such as limited and less government, personal responsibility, individual liberty, and free and fair markets. https://www.carrfortn.com/about/

Carr believes our self-evident rights as enumerated in the Constitution come from God, not from government. He is a lifetime member of the NRA. Carr is pro-life with a 100% pro-life voting record.

Given the devastating disastrous unprecedented free-flow of illegals across our border, I am extremely excited that Joe Carr led the charge to protect Tennessee families from the fed’s basically rolling out the welcome mat to illegals. Thanks to Rep. Carr, Tennessee enacted the toughest illegal immigration laws in the country. Now that’s what I am talkin’ about. We need Joe Carr and strong conservatives like him in DC.

And, have you heard about the latest exposed bullying tactic of the Obama regime? Along with Obama’s numerous imperial presidential executive demands on We the People, repeals of our freedoms and the IRS targeting all opposition, it has come to light that another of Obama’s hit squad thugs, the DOJ, are targeting industries. http://bit.ly/UqlffM

Meanwhile, the knuckle-headed GOP still believes they can work with Obama, rather than politically throwing him across their knee for a good spanking, firmly telling him “no” and sending him to his room for a two year time out. Joe Carr will boldly challenge Obama’s tyranny. Carr has a record of bucking his own party in favor of doing what is best for the people of Tennessee.

So patriots, stop letting Obama’s minions get you down. Focus all your time, resources and energy into getting our good guys like Joe Carr elected. Sen. Mike Lee said every bold, strong and rock solid conservative that we send to Washington is more than simply one more vote. Each conservative emboldens and strengthens our ranks. Let’s rally around Joe Carr, our conservative star. http://bit.ly/1qCrs74