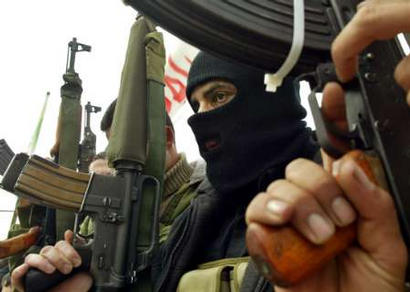 Every week on Monday morning, the Council and our invited guests weigh in at the Watcher’s Forum with short takes on a major issue of the day, the culture or daily living. This week’s question: What Should Israel Do About Gaza?

The Independent Sentinel: Israel should finish the job now while Hamas has few supporters in the Arab world. They need to obliterate the tunnels and the missiles. Then they should go back home but monitor any shipments going into Gaza.

It’s a blessing that Morsi is gone.

Simply Jews: What happens the day after Hamas is destroyed?

Unfortunately, we may not see that day anytime soon. Our government is not up to sacrifice lives of hundreds of soldiers required to smoke out the terrorists from under the center of the Gaza City, which will be the price once the fighting in the confines of the city really starts.

Or should Hamas be destroyed or just disarmed, if that’s possible?

In the ideal world Hamas should be destroyed, in a less ideal – disarmed. In our world, neither will happen, due to (see above). It will be helpful as well to read this;

I am sorry to say that it is all true.

What should Israel’s strategy towards Hamas/Fatah be?

Trying to bolster the latter in every situation that will harm the former. For example, if freeing prisoners: leave the Hamas ones in prison. Any relief of restrictions goes to the latter – leaving the former in the mud. But all of this – publicly, with lots of coverage. Encourage good behavior so that all can see it.

What strategy should America support?

The one agreed in the privacy between the two sides and not the one blurted via “accidentally” operating mikes to the media, totally not agreed by the other side. As it more and more frequently happens lately.

What is most likely to occur there?

Nothing essentially new. Same old. Another year or two of relative calm, followed by a new round of strife.

Sorry for being so pessimistic.

JoshuaPundit: There are two things you hear said a lot about this situation, usually by genuinely stupid politicians or equally stupid think tank inhabitants. The first is the trophe that ‘there is no military solution.’  The second is to say there is a major  difference between Hamas and Fatah.

It should be apparent by now that anything Israel does to defend itself is now going to be subject to  criticism by the usual suspects, which now unfortunately includes the Obama regime. That should be apparent to anyone following the news of President Obama’s trying to rescue Hamas by demanding Israel abide by an unconditional ceasefire…while he and Qatar and the EU fund them.

Israel is in the same position with Obama as they were with France’s DeGaulle on the eve of the Six Day War.Since anything they do short of committing suicide is going to get the same reaction, they have little to lose.

There is a solution to Gaza. It involves Israel  (1) destroying Hamas utterly by whatever means necessary (2) Annexing Gaza (3) removing most of the Arab population either to Area A, the reichlet of Fatah and Mahmoud Abbas or to UNRWA refugee camps outside Israeli territory and (4) Gradually repopulating Gaza with Jews and watching it become Singapore or Hong Kong instead of an Islamo-fascist swamp.

Every poll indicates that Israel’s population overwhelmingly supports defeating Hamas once and for all.There really is no choice.

At the same time, the behavior of Abbas and Fatah have shown that  a similar solution has to be coordinated with them. Israel needs to delineate its borders unilateral and enforce them. Annex Area C and the Jordan Valley where the populations are overwhelmingly Jewish as well as whatever strategic areas of Areas A and B Israel determines it wishes to control. Cede the rest of Area A to Abbas as his little reichlet, and move all Jews outside the new borders  to Israeli territory and all Arab non-Israeli citizens to ‘Palestine’. Endgame, and as the divorce becomes final,  a  warning:  let Abbas and Fatah know that any aggressive action, including lawfare will involve severe consequences. And follow through on it.

Peace comes from victory. And after all of the ‘sacrifices for peace’ written in Jewish blood forced on Israel since the Oslo debacle, I think the Israeli people would support this over these constant wars of attrition that grow more costly each time. Enough of the balagan gadol.

The Razor: Unfortunately Israelis don’t have the stomach for permanently fixing the problem in Gaza and the West Bank: Ethnically cleansing the Palestinians from both areas and forcing them into refugee camps in Jordan or Egypt or wherever else the locals will put up with them. It’s not that Israel couldn’t survive the heat from the outside world; I believe the average Israeli doesn’t have the conscience to do it. Contrary to what the Europeans and many on the Left here in the US believe, the Jews are a moral people. It would be difficult for them to accept the morality of a campaign of trucking the Palestinians out of their homes in Gaza and the West Bank to the border crossings in Egypt and Jordan. But morality and political stability are two mutually exclusive domains.

Barring such a moral turn, the only viable solution I’ve seen is the “Shock the Casbah” strategy described here: http://www.the-american-interest.com/garfinkle/2014/07/24/why-is-this-gaza-war-different-from-all-other-gaza-wars/. In a nutshell, it means negotiating a final settlement with the PA, but it’s a longshot as Garfinkle notes, “because it requires a boldness of vision and leadership in Israel, among the Palestinians, and in the United States, Egypt, Jordan, and Saudi Arabia that is simply not available.” I believe Netanyahu is bold, but he has no counterpart on the PA side, and definitely lacks a bold leader here in the United States. So I doubt that will happen.

At this point I don’t see an end to the violence in Gaza, just a lot more muddling through. If Hamas can be destroyed the Israelis should do it. It’s on the ropes with an unfriendly Egypt behind it and it’s Iranian patron too busy in Syria and Iraq to give them much notice. Of course there can always be worse in Gaza. Look at Isis in Northern Iraq…

Ask Marion: There really is no Palestinian State.  They have continually failed to lay the groundwork for a viable homeland and the continual jockeying over the two state solution exists to placate International opinion.

It would be nice to say, just disarm Hamas and everything will be fine, but in reality the only way to peace is for Israel to destroy them.  Even after years for war in the Middle East, Americans are generally clueless about what is going on there, where the borders are or even where most of the countries in the Middle East are and they certainly have no clue as to the minutia.

Operation Protective Edge continues to move toward its goals while the Hamas system of complex and advanced military infrastructure tunnels is being realized beneath them. Israel can and I believe has the ability to reach their immediate goal of destroying this tunnel system that has been constructed, subduing rocket fire and leave Gaza… establishing a couple of years of calm and normalcy. But if Hamas is not destroyed, this is a temporary solution… until the next round. As Netanyahu has pointed out, Hamas breaks all cease fires and agreements.

Video: Netanyahu: Hamas Has Broken All Cease Fires We Have Agreed To

But why wait for a next time? Israel should eliminate the Hamas threat completely right now during Operation Protective Edge, including reoccupying Gaza and destroying every rocket, gun, bullet, armament, as well as their factories. Israel has already mobilized into Gaza and Hamas has been weakened by these first few weeks of fighting. Plus, maybe the most important difference is the Sinai factor which has not presented itself before and could disappear again in the future. There has been a military rapprochement with the Egyptians since al-Sisi overthrew the Muslim Brotherhood. Currently, Egypt is completely in Israel’s court. Having their backs up against the wall Hamas leaders and fighters will not be able to escape into the Sinai, the only place they could go in the past in a final Israeli assault scenario. The Egyptians will cut them down if they try to enter their territory. They will be forced to shoot it out with the IDF. So now is the time. Israel certainly is not going to get any help from the U.S. while Obama is our president and who knows what the future will bring?!? Funny how that border word seems to vary from situation to situation in President Obama’s mind… and actions!!