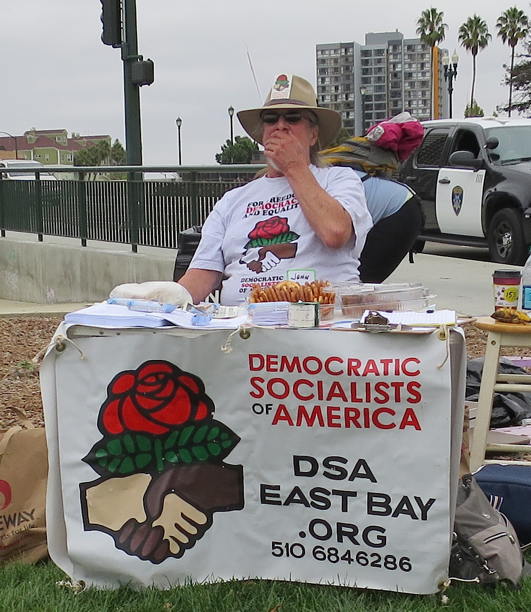 Communists along with a few environmental groups staged a “People’s Climate Rally” in Oakland, California on Sunday, September 21, in conjunction with the larger “People’s Climate March” in New York City on the same day.

Wait — did I say communists? Isn’t that a bit of an exaggeration?

At the New York event, many people noticed that gee, there sure are a lot of communists at this march. But in Oakland — always on the cutting edge — the entire “climate change” movement at last fully, irrevocably and overtly embraced communism as its stated goal. Any concerns about “optics” or operating in “stealth mode” were abandoned.

The “climate change” “crisis” is now nothing but the latest justification for “total revolution” and getting rid of capitalism forever. 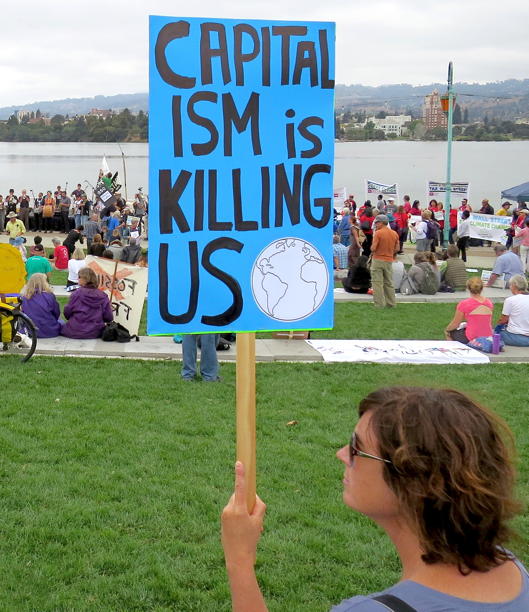 Yes, capitalism itself is the problem. The primary message of the People’s Climate Rally was this: Climate change is caused by capitalism, and merely attempting to reform capitalism will not stop global warming; it is impossible to work within the existing system if we want to save the planet. We must replace it with a new social and economic system entirely.

Until recently, those attacking the capitalist system as the cause of global warming were intentionally a little vague as to what will replace it if we are to solve the problem. But on Sunday in Oakland, that curtain was drawn back and the new system was finally revealed: Communism. Or at least hardcore socialism as Marx defined it — the necessary transitional phase before true complete communism (i.e. no private property, no families, no individualism). Most countries we tend to think of as “communist” actually self-defined as “socialist”: The USSR, the Union of Soviet Socialist Republics, for example, was (as its name reveals) socialist. I point out this detail in case anybody reading this article thinks that the “socialism” advocated at the rally was merely some kind of squishy soft-hearted semi-capitalism; no, it is the same type of socialism one finds in places generally thought of as communist.

Below you will find irrefutable proof that communist ideologies, organizations and phraseologies have completely moved to the forefront of the “climate change” movement. (I was originally tempted to say that the communists, as they are wont to do, have merely “co-opted” environmentalism. But that would imply that the goal of global warming scaremongering was something other than “destroying capitalism” in the first place. At this point I now know that destroying capitalism has always been the goal; the only thing that changed on Sunday is that the mask was dropped.)

This proof will necessarily entail posting a lot of photographs; in situations like this, the only way to conclusively demonstrate a point is through repetition of evidence. One could summarize the evidence with a few shorthand images, but that would leave open the possibility that the case was being overstated. To quash that counter-argument before it arises, I will post lots and lots and lots and lots of images from all over the rally, from the sponsors, to the attendees, to the booths, to the speakers, to show beyond any doubt that the entire rally was thoroughly saturated with communism and socialism to the point where these ideologies were the overarching theme of the event.

Ready? All the photos below were taken at the People’s Climate Rally in Oakland on September 21, 2014. 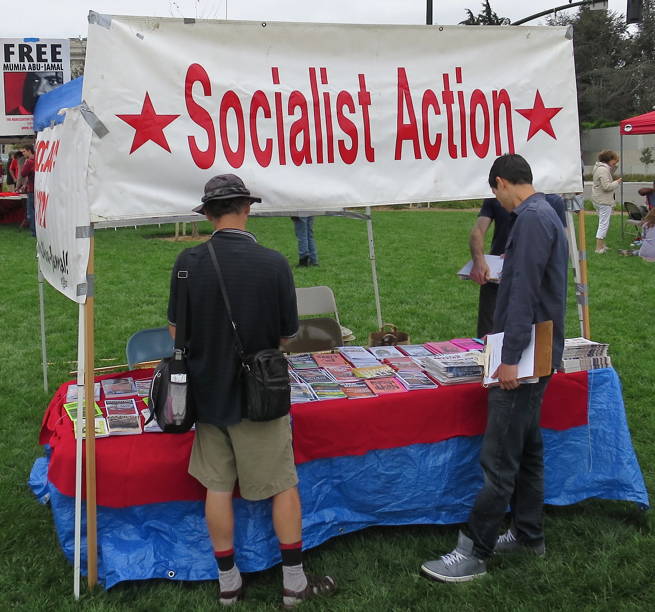 As you enter the rally you encounter booths hosted by Socialist Action, a Trotskyist/Marxist group … 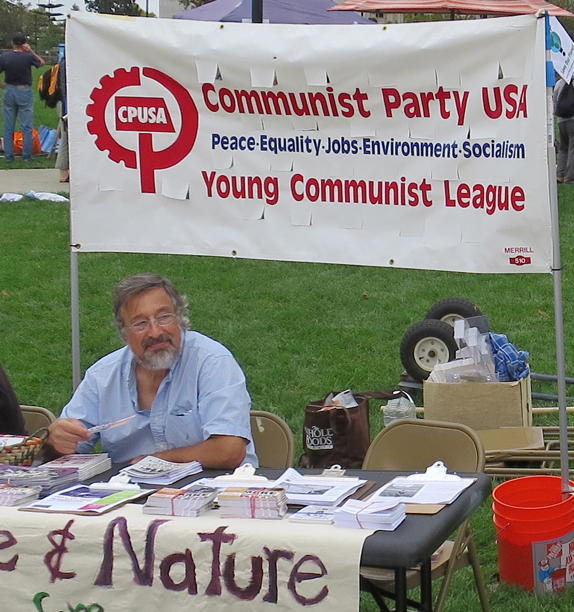 … and the Communist Party USA, a Marxist-Leninist political party who like to think of themselves as the communists, since they’ve been around for almost a century …

See much, much more at PJ Media …