Every Tuesday, the Council nominates some of the slimiest, most despicable characters in public life for some deed of evil, cowardice or corruption they’ve performed. Then we vote to single out one particular Weasel for special mention, to whom we award the statuette of shame, our special, 100% plastic Golden Weasel. This week’s nominees were all slime-worthy, but one stood head and shoulders above the rest as the overwhelming winner. 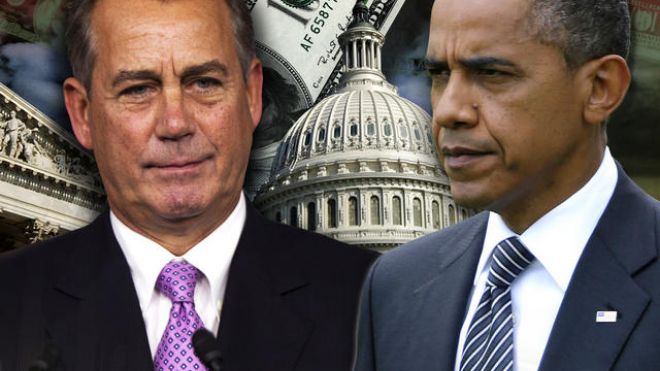 John Boehner led the House to pass the appropriations for Obama’s plan to arm and train “moderate” Syrian fighters, who are Muslims to fight other Muslims on behalf of America.

There is no way this turns out well for anyone but the “moderate” rebels who will soon turn the weapons on us, or hand them over to ISIS.

The Right Planet: Speaker John Boehner for attempting a rule change to squelch dissent among more conservative members of the GOP, who he refers to as “knuckleheads.” It sure would be nice to see folks like Boehner direct such vitriol at the Democrats, but apparently he’s too spent after going after his own.

John Boehner is the very definition of a crony capitalist. He is a man who loves smoking, tanning, drinking and golfing with other Progressives from both sides of the aisle. He is known for his bullying tactics and his almost mob-like rule of the House.

He is currently looking to ‘squelch’ the influence of the Tea Party in the House. How very Soviet of him. Under the plan, any Republican who votes on the House floor against the nominee for House speaker that is chosen by most of the GOP members during their private leadership elections would be stripped of their committee assignments for that Congress. This is the House that Boehner built and rules with an iron fist. But there are intrepid, true Conservatives afoot who are seeking to dethrone the orange one. Enter the likes of the esteemed Louie Gohmert and Arizona Rep. Paul Gosar:

“In tough times, it doesn’t mean you play timid, it means to play bold, and I don’t see that. And you know what? Time’s up,” Arizona Rep. Paul Gosar told The Hill, insisting he would vote against Boehner, 64.

Texas Rep. Louie Gohmert, who was one of a dozen Republicans who voted against Boehner in 2013, told The Hill, “I’ll give him every bit as much support as I did last time.”

Here’s to the Tea Party unseating a man who has actively kept Barack Obama in power and is angling to bring the greatest nation on earth to her knees. May he get his Collectivist butt kicked out the door.

Boehner is supporting Obama’s moves in Syria as well, arming the rebels to the teeth. Someone really should explain to him who the rebels are – al-Qaeda and ISIS. John says that the intelligence is good. What intelligence? The lot of them has been wrong at every turn and by all accounts nothing Obama is proposing, has done, or will do, will actively deter ISIS or the rise of the Caliphate. But John Boehner wants to arm evil Jihadists and supports the President, yes… indeedy. You can count on Obama making the whole mess worse, while benefiting the Islamists and Boehner will continue to pour gasoline on the spreading, global fire, rather than eradicating the threat.

When he’s not weeping on the Floor or golfing with Obama, bromancing it up on the links… he’s supporting everything Conservatives hate. He is pro-Amnesty, pro-regulation, pro-big government and pro-spending like a drunken Congressman. Working with one of his best buds, Nancy Pelosi, he just passed a Continuing Resolution that includes the funding of Planned Parenthood, the nation’s largest abortion provider and Obamacare. Tell me again, what the difference is anymore between the establishment parties – please.

For cronyism, spinelessness, corruption, caring more about power and his bottom line than America and his monumental hypocrisy, John Boehner has earned the Golden Weasel many times over. Boehner is the face of the demise of the Republican Party and he has knowingly aided and abetted the Marxist Democrats in their rush to destroy the Constitution and the Republic. Enjoy your infamy and your well-deserved award, Mr. Speaker.