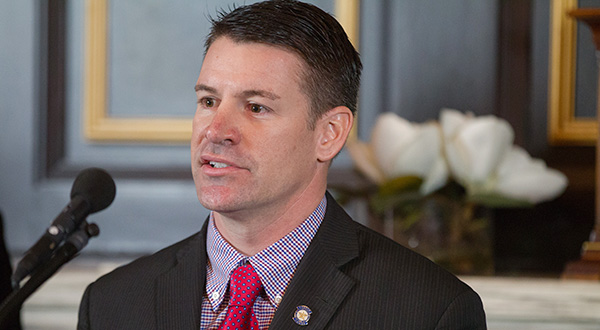 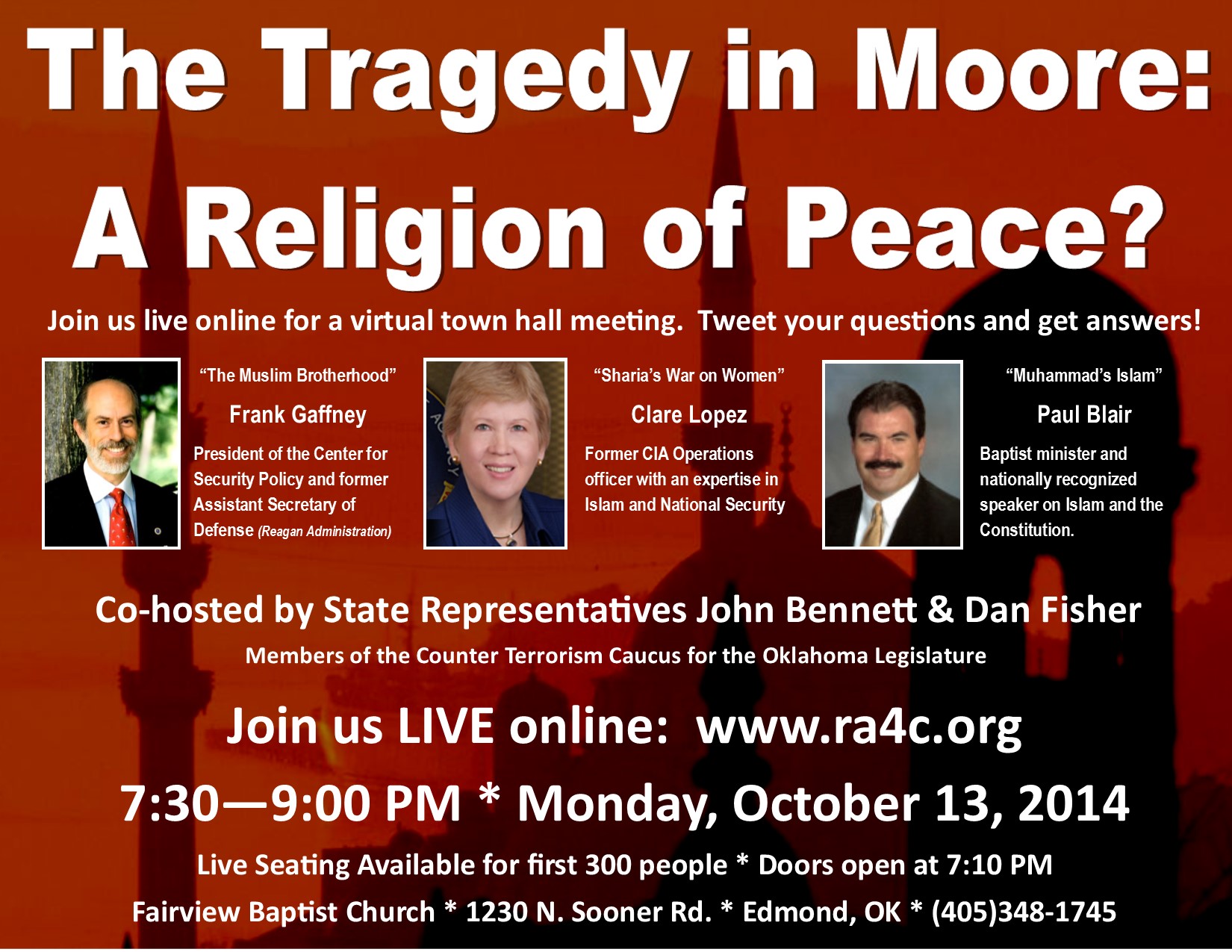 My fellow Stop Qatar Now! Coalition member, Frank Gaffney, and my favorite Oklahoma politician, House Rep. John Bennett, will be holding a virtual town meeting tomorrow at 7:30 pm on The Tragedy in Moore: A Religion of Peace? Bennett’s Counterterrorism Caucus colleague Rep. Dan Fisher is also co-hosting the event. The esteemed Clare Lopez will also be in attendance, as will be Paul Blair, a nationally acclaimed speaker on Islam and the Constitution. You can bet, I will be attending (virtually of course) with bells on and with full, rapt attention.

Thank the heavens there are some who actually have a spine out there. Bennett is fearlessly speaking the truth — the truth that those of us who have read the Quran know… Islam is a violent, broken philosophy and we are at war with radical Islam. A war we dare not lose. Bennett is an anti-Islam crusader and there are many of us now. Our voices will not be silenced any longer. Screw political correctness. The event features fellow members of the organized counterjihad movement. We have been fighting this fight since 9/11 and before. Did they think we would give up and walk away? No way!

The usual hate mongers are going nuts over this: CAIR, SPLC and the Leftists out there are calling Bennett and company loons, racists, Islampaphobes and haters. I call them warriors and truthful. They stand and say what others fear to say, regardless of threats, smears and the very real possibility of violence in retaliation.

In the wake of the beheading of an innocent white, Christian grandmother in Oklahoma last month, the media did their best to sweep Alton Nolen’s violent Jihad under the Persian rug as workplace violence. Are you serious? All of America knows this was a terrorist act and Nolen followed the tenets of Islam and the Quran. At the time, I was dismayed I did not hear a concerted voice from Oklahomans in rage over this. The President didn’t even comment on it — I take that back, he sent a congratulatory note and a proxy representative to Nolen’s mosque commending them for their work. Can you believe it?

But the Oklahoma GOP Chair did respond: 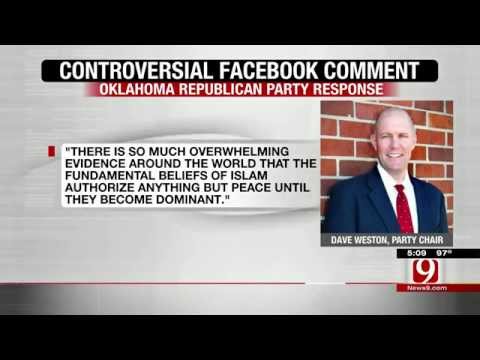 “We plan to continue to educate the public about the very real threat that terrorists present to the U.S.,” Bennett said about the meeting.

So, giddy up… the truth is coming and about damned time. Time for patriots across America to find their intestinal fortitude and step forward as Bennett and others are doing. Enough of this murderous, sick crap.

From Bare Naked Islam (another member of the Stop Qatar Now! Coalition):

In a press release last week, Bennett laid out his plans to host an event to find out “Who are these people and why are they doing these terrible things to us?” This rhetoric is welcome considering Bennett has previously warned his constituents be “wary” of Muslim Americans. This also is not the first time Bennett has associated with Gaffney and his ilk. Last year, Bennett, via his informal House Counterterrorism Caucus, sponsored a law enforcement training seminar that featured Gaffney, Lopez, and Jerry Boykin, a retired Lt. Gen. who argues the practice of Islam should not be protected under the First Amendment.

A taste of the coming revelations:

And from my favorite pastor, Paul Blair — Peace? Or Pieces? Everything You Need To Know About Islam:

A political warrior rises in Oklahoma with an army of patriots who are shouting the truth to America. Listen in Monday and join us.

2 thoughts on “A Political Warrior Rises In Oklahoma”