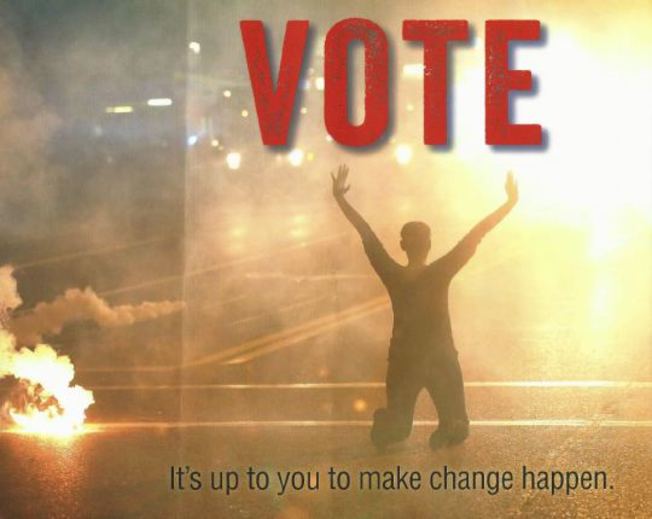 A New York Times article exposed that the Democrats are expecting to have their clocks cleaned in the election in a week or so. Democrats believe that their only hope is to get out the black vote. http://nyti.ms/1qU7VK2 How do they plan to achieve this? Of course, with their tried and true tactic of race baiting.

In other words, the Democrats and their MSM operatives have launched an all hands on deck deplorable effort to convince black Americans that white Americans are out to suppress and even murder them. Democrats pray that hordes of enraged blacks will forget about how they have suffered under Obama http://bit.ly/1jQGRXp and flock to the polls to vote for Democrats.

In my opinion as a Christian, the Democrats’ hate-whitey-get-out-the-black-vote scheme is a satanic plot conceived by deviant minds. Folks, words can not express my visceral disdain for such shameful politicking. Any media personality or outlet that signs on to the Democrats’ unconscionable plan should be shunned, unworthy of your respect or time.

Admittedly, it appears that I am constantly writing about the Democrats’ attempts to sic black America on white America, especially at election time. Folks, it is because I find the Democrats’ behavior so reprehensibly evil, all the while claiming the moral high ground of possessing superior levels of tolerance and compassion. Borrowing an expression from the kids, “Gag me!”

Equally revolting is the mainstream media’s complicit behavior, assisting the Democrats in their spreading of filth.

So, here is their game plan. Ferguson is ground zero for the Democrats’ Operation Hate Whitey get out the black vote campaign. http://bit.ly/1tJZwQn

Unfortunately for the Democrats, new evidence reveals that Michael Brown did not have his hands up in an attempt to surrender as relentlessly promoted by the Left. Brown’s blood was found inside Officer Wilson’s police car, confirming that Brown did attack the police officer. http://bit.ly/1sZfJP6

Now folks, here is what is so insidiously evil about what the Democrats are doing. The truth and facts do not matter to the Democrats. They are still fully committed to selling the lie to black America that Michael Brown was an innocent “gentle giant” black youth murdered by a white racist police officer. To get deceived black voters to the polls, a Democrat flier says, “If you want to prevent another Ferguson…” http://on-ajc.com/1rpYIJ1 Totally disgusting.

Ponder that for a moment folks. Dr Martin Luther King, Jr. along with other heroes, black and white, fought, suffered and died to bring us together as a nation via mutual respect and equal opportunity. And, what are these deplorable scumbags in the Democratic Party doing? They are ripping us apart to win elections.

All that these divisive evil demons disguised as Democrat politicians and their MSM sycophantic minions only care about is infecting blacks with a victim mindset, which keeps blacks dependent on government, which keeps Democrats fat and happy with power.

I flew to Washington DC the other day for a national press conference launching “Restore the Dream 2014”. I was honored to be included in a coalition of black conservative leaders that will reach-out, touring the black community. We will be sharing the good news of Conservatism to those who have been deceived by Democrats and suffering under Liberalism for decades.

Leading the charge is Niger Innis, the son of civil rights icon Roy Innis and Alveda King, the niece of Dr Martin L. King, Jr. Our coalition includes Star Parker and others. A great team!

And guess who also attended our press conference at the MLK Memorial to let the world know that they have our backs? The answer is Tea Party.net and Tea Party Express. But, how can that be? Haven’t you been told that the Tea Party movement is all about white racist redneck’s disdain for a black president, their ranks filled with hate-filled extremists who want to see blacks hung from trees? Yet, another politically calculated hideous lie perpetrated by Democrats and their collaborators in the mainstream media.

I am not exaggerating folks. A member of the Congressional Black Caucus actually said that the Tea Party wants to see blacks hanging from a tree. http://fxn.ws/ZGUeXK Folks, how much longer will we tolerance these vile disgusting people ginning up, promoting and propagating racial hate? I am soooo sick of the we-must-give-them-a-pass-because-they-are-black crap. Enough, my fellow Americans, enough!

So yes, I have signed on to the “Restore the Dream” tour which will continue at least through the 2016 election.

Somebody needs to push back against the evil lowlife filth that is spewing out of the Democratic Party.

Folks, my dream is to see my fellow black Americans standing tall, filled with the dignity and pride which comes only via personal achievement. I want to see blacks proud to be Americans, acknowledging the truth that they are extremely blessed to be born in the greatest land of opportunity on the planet for all who choose to go for it. I want to see black’s and white’s natural instincts to get along grow freely, unimpeded by Democratic Party hate mongering.

And for this, myself, along with other black conservatives are despised, hated and called traitors to our race.

But that is okay. We are strong, armed with the shield of faith, motivated by love and prepared by God for such a time as this. 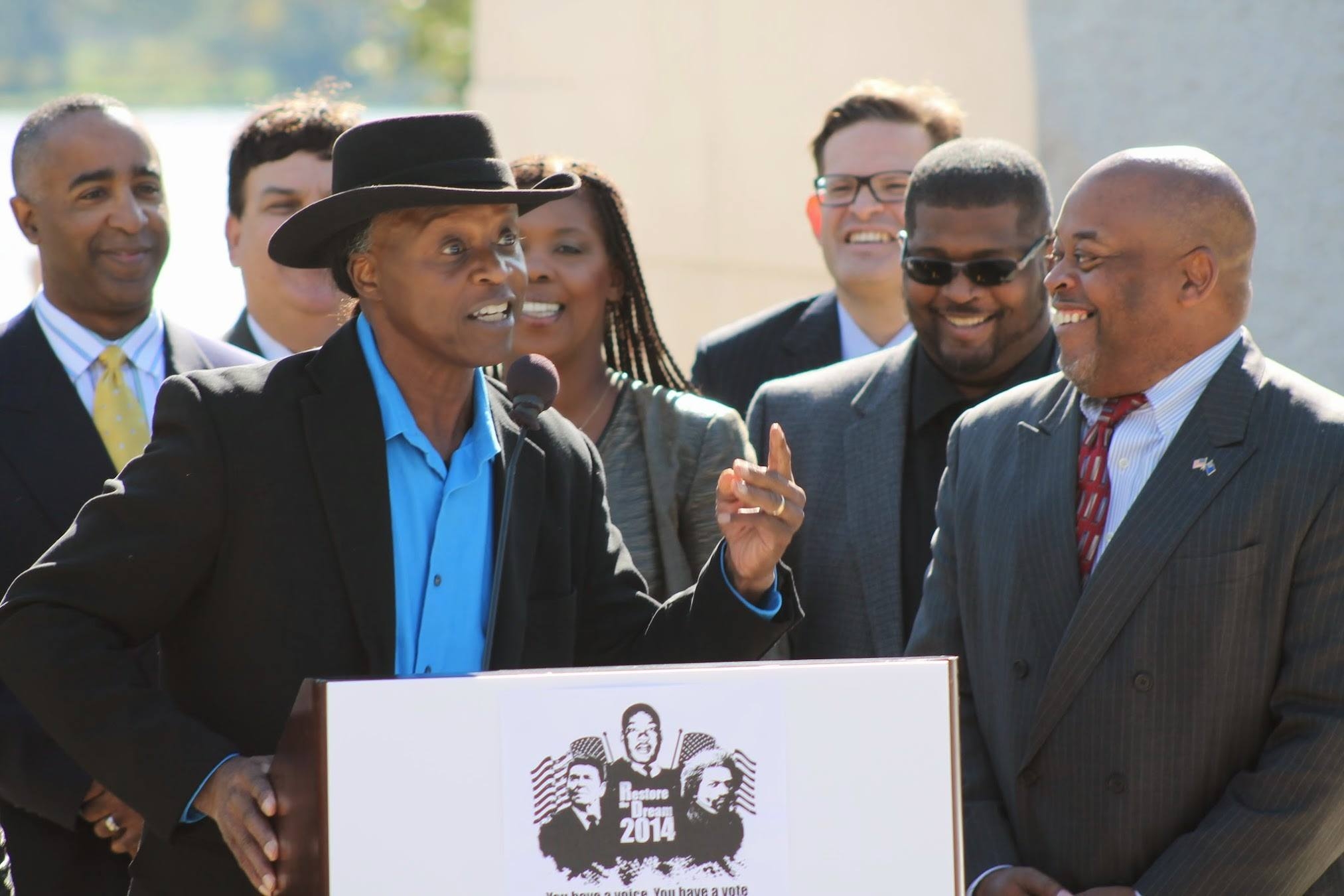