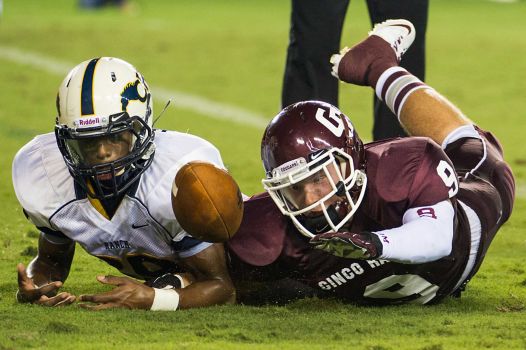 Are we there yet? Are we there yet? No, the election is a few days away and we have not yet secured the U.S. Senate for the Republicans. I know everyone keeps saying it is in the bag, but it is not over until all the votes have been counted.

It has been reported that voting machines in Maryland are switching Republican votes to Democrat. http://fxn.ws/1wwhYK7 Rest assured, the Democrats will remain fully engaged through the November 4 election day until every vote has been counted – spending mega millions on ads filled with distortions and lies. Despicably, they are trying to use Ferguson to inspire hate to get out the black vote. They never tire. They never retreat. They never surrender. They will try every dirty trick in the book to steal or win this election by any means necessary. That is how they roll.

Some of you are saying, Lloyd, I am done! You’re saying, I have given faithfully and generously to numerous candidates and still, my in-box continues to stay full. I am sick of all the ads on TV and so on.

Folks, I understand how you feel. But folks, we have only a few more miles to go before we can sleep. Please, please, please hang in there. We have seen rookie football players have a clear run to a touchdown begin celebrating early, only to be tackled on their blindside, fumble or spike the ball before officially crossing the goal line. Secure victory, then relax and celebrate.

While I understand that some of you are political campaign war weary, the world does not function based on how we feel. Feelings rather than adult common sense decisions are making a mess of our country.

For example. ISIS is a clear and present danger because Obama pulled out of Iraq because his base was war weary. Well unfortunately, you can not tell bad guys who are attacking you that you do not want to play anymore and expect them to go away. Continuing his governing by feelings, Obama refused to send in the boots on the ground which military experts say are needed to secure victory. Why? Because boots on the ground would upset his peace-nick base.

Our election battle with those hellbent on fundamentally transforming our country is similar to our battle with ISIS. These people are socialist/progressive zealots. They pray for us to let down our guard, succumb to election fatigue and over confidence.

Our Democrat opponents will not stop their conniving, cheating and below the belt attacks because we Conservatives/Republicans are sick of the campaigning process.

I heard another horrific tyrannical overreach of the Obama regime. The IRS has been confiscating hundreds of thousands of dollars out of taxpayers’ accounts because they “think” it may have been obtained illegally; no trial, no nothing! http://onforb.es/1tBFOEk

Folks, we have got to get these arrogant vile people out of power.

The Bible says the race is not given to the swift, nor the battle to the strong, but to those who endure to the end. I realize you are tired and battle weary, but we have got to finish this race. Stay engaged. It ain’t over til its over. We are almost there!