“But the principles that we’re fighting for — the — the — the things that motivate me every single day
and motivate my staff every day — those things aren’t going to change.”

“Is the Man in the White House Mentally Ill?“ asks Dave Daubenmire, of Pass The Salt Ministries. About my own title, he wonders about the first two possibilities. Then he cites the characteristics he found which generally profile a sociopath. I chipped in the third option, just a collectivist puppet. My caveat about it is the one I have in much of the work of identifying and understanding collectivists who, one way or another, are achievers within the globalist, statist/cartelizer complex. Beware the fallacy of presumed mutual exclusion between apparent alternatives.

I have seen assessments of Obama’s quite apparent narcissism since 2009. One easily sees anti-social behavior in, for just one example, his alliance with Planned Parenthood, seventy-nine percent of whose busy abortion mills are in or within walking distance of black and Hispanic communities. Obama’s collectivist and pro-jihadi alliances and characteristics are the subject of numerous books and documentaries — and the news itself, if one understands the man.

Close associates, Barack Obama and communist terrorist, William Ayers, “a guy who lives in my neighborhood,” probably from their work together with Annenberg Challenge

Does it not have to take someone quite sociopathic in nature to lead others in the demonic work of Marxofascism? (Neo-Marxism, state capitalism, or redistributive corporatism, if you prefer.) It deceives, it cheats, it steals, and somehow, it always seems to murder along the way, often in great, quantity of innocent victims — and quality of its opposition. The patterns are clear, whether from the last one-hundred years of world history, or dating back to the French Revolution.

As for the occult, one may also read the published attestation about Obama at the 2009 Democratic National Convention in Denver, his entering a private room with others, who then engage in odd and disturbing chanting; then his coming out a noticeably more confident and dynamic man, according to that hearsay account.

Without taking quotations out of Mr. Daubenmire’s well constructed context, here is the link again, to his brief article.

Dave Daubenmire — Is The Man In the White House Mentally Ill? 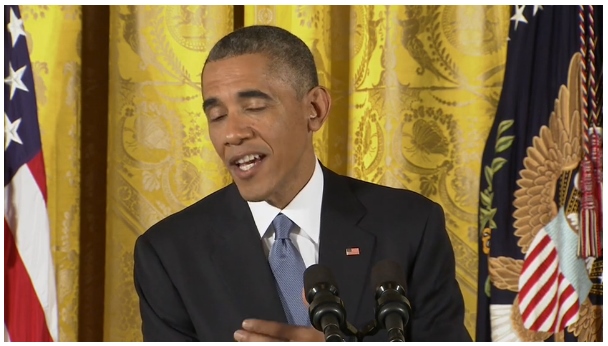