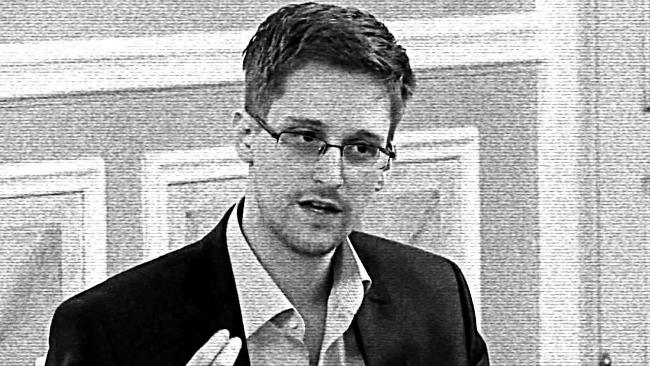 “It is no accident that the Russian invasion of Ukraine, the rise of ISIS, and more cyber-attacks from China have followed Edward Snowden’s defection to Russia through China,” says Cliff Kincaid, president of the public policy group America’s Survival, Inc. (ASI). A veteran journalist and media critic, Kincaid has announced that ASI will hold a National Press Club news conference on November 17 to examine the disclosures that have put America and its allies in danger of further Russian aggression, Islamic terrorism, and Chinese cyber-warfare. The event is open to the press and public.

Kincaid said ASI’s scheduled publication of Blood on His Hands: The True Story of Edward Snowden, will be intended to counteract the Oliver Stone and “James Bond” movies being planned about the former NSA analyst. A comic book has also been released about Snowden, in order to make him popular with kids. Just recently, the Koch-funded libertarian group Students for Liberty gave Snowden its “highest honor” — its “alumnus of the year” award.

“When NSA analysts William Martin and Bernon Mitchell defected to Russia in 1960,” Kincaid said, “President Eisenhower labeled them as traitors and former President Harry Truman said they should be shot. In Snowden’s case, President Obama called him a mere ‘hacker,’ and Attorney General Eric Holder wrote to the Russians promising that Snowden wouldn’t be given the death penalty if he returned home. Espionage is not something to be treated lightly, as this administration has done.”

The new Congress, Kincaid said, should hold immediate hearings into the damage being done by Snowden, his Russian and Chinese protectors, and the Obama Administration’s nonchalance toward the on-going damage to U.S. national security.

Copies of ASI’s new book, Back from the Dead: The Return of the Evil Empire, will be available to all news conference attendees. The book includes information on the Russian-terrorist connection, evidence of Russian infiltration of Western governments, and ASI’s protests of the “Pulitzer Prizes for Espionage” when journalism awards were given to Snowden’s media collaborators at Columbia University.

A special statement on the Edward Snowden espionage affair by Lt. Gen. Ion Mihai Pacepa, the highest-ranking official ever to have defected from the former Soviet bloc, will also be released.