I start today with the link to the Dry Bones Blog of Yaakov Kirschen.  Most of you are probably familiar with Kirschen’s absolutely on-the-mark political commentary by way of cartoon.

Kirschen is convinced – and rightly so – that cartooning is a powerful way to reach out in today’s world, and so has begun a whole campaign to involve people.  Please see what he has to say. 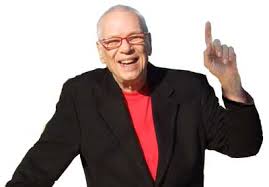 Well, Kerry met last week with Abbas, by himself, and then with Prime Minister Netanyahu and King Abdullah.  Please note, there was no attempt by the US to encourage a meeting between Abbas and Netanyahu. It was acknowledged that it is not yet time for this.  I myself doubt that it will ever be time.

The Netanyahu-Abdullah meeting reinforced Jordan’s special role on the Temple Mount – which is what the king needed to demonstrate his strength to his own people.  We are being told that the status quo will be maintained on the Mount.

At the same time, it provided a photo op of Netanyahu and Abdullah, which reinforced what our prime minister is saying about a special relationship with Jordan that must be protected.  Not only was there a photo op, the meeting was initiated by the king and was hosted by Jordan:

“’Moderate axis’ is the term used by Israeli officials to describe the ties between Prime Minister Benjamin Netanyahu, Egyptian President Abdel-Fattah el-Sissi and Jordanian King Abdullah II. However, Israel prefers not to actively publicize the channels of communications between Jerusalem, Amman and Cairo.

“Government officials in Israel say there is continuous and productive communication between Israel, Egypt and Jordan and that the three are coordinating their positions.”

This said, we should not become unduly irked by the king’s harsh charges leveled at Israel for public consumption.

As Times of Israel reported: “Jordan’s tough stance towards Israel over Jerusalem’s al-Aqsa Mosque reflects a determination to preserve its custodianship of the flashpoint site as well as its own stability, analysts say.”
http://www.timesofisrael.com/fearing-backlash-jordan-asserts-al-aqsa-custodianship/

If we can tolerate what the king says, because we understand his motivation, tolerating what Kerry says is something else all together.

Direct negations cannot commence until calm is restored in Jerusalem, he says.  The US is committed to advancing the “peace talks.” In his dreams.

Worse, he told the press that he had met with Abbas, who “will do everything possible to restore calm.”  Kerry said he had faith in both Netanyahu’s and Abbas’s commitment to peace.  Could it be?  Is he that clueless that he believes this?  That ready to be taken in by Abbas?

See what Jonathan Spyer – senior research fellow at Gloria – has to say about the behavior of Abbas (emphasis added):

“,,,The new violence [as compared to the violence of the two intifadas], though indiscriminate, brutal and murderous, is more narrowly focused. It is limited, for now, to specific areas of the country and to specific parts of Jerusalem.

But the West Bank, the cauldron of so much violence and hatred during the last two intifadas, has so far stayed largely quiet.

“Why? Because the Palestinian Authority leadership in the West Bank appears to be playing a double game.

“On the one hand, PA Chairman Mahmoud Abbas is engaging in incitement, spreading fear and anger about supposed Israeli plans to upset the delicate rules for Jewish worship on the Temple Mount/Al-Aqsa Mosque area. Abbas has spoken of Jews ‘desecrating’ and ‘contaminating’ the site — the holiest place in Judaism.

“…Meantime, while Abbas spouts incendiary rhetoric, his security forces are continuing to cooperate with the Israelis in ensuring relative quiet on the West Bank. This reflects the general lack of Palestinian enthusiasm to provoke another mass confrontation with Israel.

“This is a dangerous double game. While the attacks on Israeli civilians have been presented in some news reports as spontaneous acts of rage, an examination of the biographies of the perpetrators so far suggests something quite different.”

For evidence of various calls to violence by the PA that are still going on, see this Palestinian Media Watch bulletin:

It describes such statements as that of a representative of the PA Ministry of Religious Affairs, who declared just two days ago that Jerusalem needs “sacrifices and blood.”

Security measures are still being tightened: Security Minister Aharonovitch has now said that metal detectors – which have not been employed since 2000 – are going to be utilized for screening of those seeking to enter the Temple Mount. Subsequently, he says, facial recognition cameras will be installed.

MKs Yoni Chetboun and Ayelet Shaked of Habayit Hayehudi and Ze’ev Elkin and Yariv Levin of Likud are proposing legislation that would make prosecution of Arab rioters easier.  Now, police make arrests when illegal gatherings take place, but the burden of proof is on the arresting officers to provide evidence that the particular individuals were planning violence.  This is one of the reasons, Chetboun has explained, that we see the revolving door, with arrests made and then suspects freed.

The law being proposed – the “masks bill” – would put the burden of proof on the arrested suspects in cases where the suspects’ faces were covered.  The assumption being posited is that if someone covers his or her face, it is because this person is seeking violence and does not want to be identified.

Have no idea what the chances of this passing are, but it sure sounds good to me.

But, needless to say, the appeasing Obama administration is not exactly happy with our more stringent approach to handling terrorists and trouble makers from the Arab community in Israel.

We have re-established the policy of demolishing the homes of terrorists.  At a State Department press briefing on Thursday, spokeswoman Jen Psaki, when asked about this, said: “Well, we believe that punitive demolitions are counterproductive to the cause of peace and exacerbate an already tense situation.”

At the same press conference, she also had something to say about that fire in a mosque in Samaria.  I wrote about this recently: Villagers were screaming that the Jews – “settlers” – did it, but there was no evidence for this and villagers would not allow Israeli police in to investigate. There is, in fact, reason to suspect that Arabs did it so that Jews might be fingered.

Psaki declared: “The United States condemns the attack against a mosque in the West Bank. We believe that such hateful and provocative actions against a place of worship are never justified.”

No, she did not identify the culprits directly as Jews or “settlers.” There is no way she could. But you had better believe that is what she meant.

This is vastly encouraging, although we have a long way to go:

MK Ze’ev Elkin (Likud) with the backing of the prime minister, is promoting legislation that would enshrine the concept of Israel as a Jewish state.

Among the stipulations of the law:

“The bill also declares that the State of Israel is the national home of the Jewish people, in which a Jew can exercise his desire for self-determination in accordance with his historical legacy.  This right to exercise national self-determination will be provided to Jewish people only.
“However, every resident, regardless of religion and nationality, will be entitled to preserve his or her heritage, culture and language.”

This has been an issue of great importance for a long time, for there are those who try to turn the identity of Israel as a democracy into Israel as “a state of all its citizens.” By this is meant that there would be no acknowledgment of a special status within the state for Jews. All citizens would be treated the same.  Jews have right of return, Arabs can have right of return too. Etc.  It is a blatant attempt to destroy the Jewish nature of Israel and allow for an eventual Arab takeover.

There are pro-Palestinian Arab organizations here in Israel, for example, that protest the flag of Israel, because the Jewish star renders it “unfair” to Arab citizens.

And then, it must be understood that because Israel is a Jewish state does not mean it is not a democracy.

I was pleased that Netanyahu said at the Cabinet meeting today, that “it should be clear that Israel is the national homeland of the Jewish people.”   This language harkens back to the Balfour Declaration and the Mandate for Palestine. It’s a step towards publicly recognizing our rights in this land.

Obama and the Party of Treason unleash another Tsunami

He went FULL GRUBER: Watch Obamacare architect say his reputation would suffer if he blatantly lied!