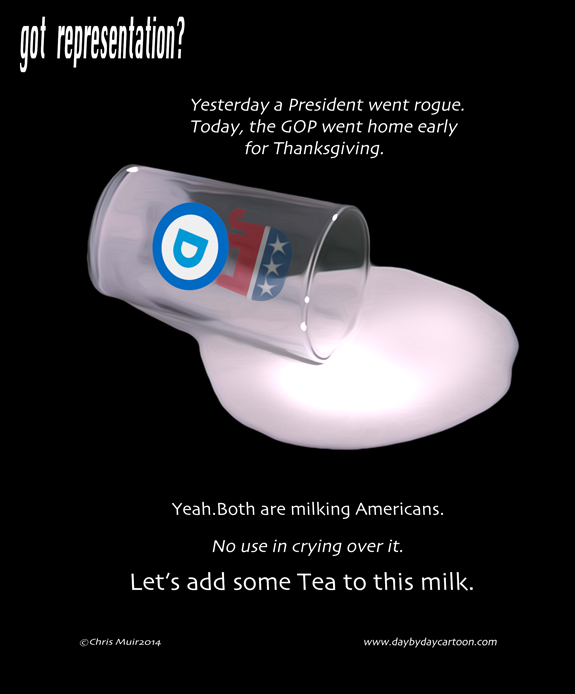 Rep. Michele Bachmann (R-Minn) revealed on Saturday that Republican leadership, led by Speaker of the House John Boehner (R-Oh), has no intention of resisting President Obama’s executive amnesty that he ordered on Thursday.

Breitbart News Executive Chairman Steven K. Bannon asked the congresswoman, who was a guest on Breitbart News Saturday Sirius XM Patriot channel 125, “Has there been any firm commitment from the leadership of the Republican party saying that this amnesty is not going to happen?” Bachmann replied with a question, “Do you want the truth? Okay, I’ll tell all of Breitbart listeners what happened this week. I was floored!”

In the weekly meeting called “Republican Conference” in the House of Representatives, “we all knew that the big issue for the week was going to be the president announcing his amnesty,” she explained. Bachmann recounted that all of the leadership went to the microphone, including John Boehner.

“They acted as though the amnesty issue wasn’t even an issue. They said that the President is going to do what he’s going to do, and we are not going to get down in the mud with him. We are not going to engage, and what we are going to do is to talk about our positive solutions on jobs, the economy, education, and manufacturing,” Bachmann said.

She added that each congressman who spoke reiterated that not engaging Obama and staying positive was a “brilliant strategy.”

“We will not engage,” she reiterated with disgust.

Bachmann, who was elected to Congress in 2006 and is ending her service this year, is stupefied by the Republican leadership not taking action or having a plan. “While the country is talking about amnesty, and the president is taking unconstitutional actions, our leadership wants to change the subject and not engage,” she said.

Bannon said he was “stunned” that, on the walk-up to a day that is going to go down as “one of the most important days in constitutional history,” there was no pre existing plan or course of action by the GOP. The Congresswoman asserts that Boehner and the leadership “think that the smarter strategy is to not engage.”

Earlier in the broadcast, co-host and Breitbart News Editor-in-Chief Alex Marlow said that, after reading Breitbart News’ report on Friday about Republicans flying out of town after Obama’s speech without devising a plan, is evidence that “the Republican establishment doesn’t cares about Obama passing executive amnesty.”

Breitbart’s EIC deduced that Republicans don’t have a coherent plan for a reason. “I actually think this is by design. Republicans have wanted comprehensive immigration reform, they wanted cheap labor… they knew this was coming for nine months, and they did absolutely nothing to get the conservative base on the same page. It’s such a colossal failure that I don’t think that it’s possible to fail this badly. All they had to do was pick a plan and rally everyone behind it. They never did it. Now everyone has a different idea of what needs to be done, and they are leaving town without making a decision.”

Breitbart News reported that the Congresswoman is organizing a rally on Wednesday, Dec. 3rd at high noon on the western steps of the capitol in Washington, D.C. to fight back against the president. Bachmann is asking for all to come to the capitol to show solidarity, as well as urging listeners to “melt the phone lines” of our representatives to defund executive amnesty. The Congress will be in session from Dec. 1-11, so this will be the window during which to call them.

Bachmann also invited one and all to a rally at the United States Capitol in Washington D.C. to take place on December 3rd. She also asked listeners to “melt” Congress’ phone lines on that day. Details are forthcoming. 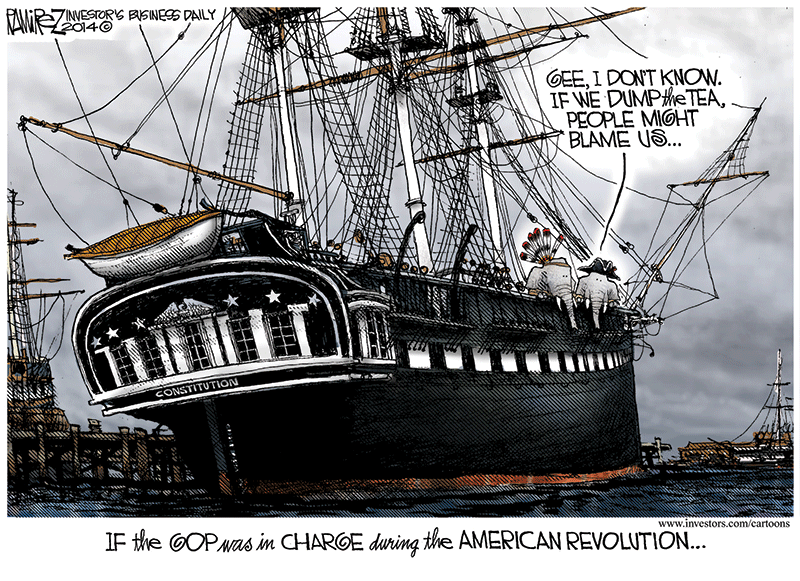 EDITOR’S NOTE: Below is a guest post by Paul R. Hollrah, a resident of Oklahoma who writes from the perspective of a veteran conservative politico who served two terms as a member of the Electoral College. Even if you disagree with him, this piece will make you think long and hard.

My eighty-first birthday earlier this week was to have been a happy occasion, featuring a great dinner with friends at Tulsa’s finest German restaurant and many cards and letters from far-flung children and grandchildren. But a late email printout detailing events in Geneva, Switzerland, took a bit of the luster off the day.

The email I received was a copy of a 13-page document titled, United States Compliance with the Convention against Torture and Other Cruel, Inhuman, or Degrading Treatment. It was subtitled, Written Statement on the Police Shooting of Michael Brown and Ensuing Police Violence Against Protesters in Ferguson, Missouri. The document was filed with the 53rd Session of the United Nations Committee Against Torture, meeting in Geneva, Switzerland, from Nov. 3-28, 2014, after being delivered to Geneva by Michael Brown’s parents, Michael Brown Sr. and Lesley McSpadden.

The cover page of the complaint asserts that the complaint was submitted by the Brown family, who hand-delivered it to Geneva, as well as organizations called HandsUpUnited, Organization for Black Struggle, and Missourians Organized for Reform and Empowerment.

But, all emotion aside, what are the facts? We know that, on Aug. 9, 2014, Michael Brown Jr. a 6 ft. 4 in. 292 lb. black teenager, was identified on videotape as the individual who engaged in the robbery of a convenience store in Ferguson, Mo., a suburb of St. Louis. In the video, Brown is seen taking a box of Swisher Sweets cigars (valued at approximately $49) from the checkout counter of the convenience store, a 2nd degree theft under Missouri law.

NoisyRoom: Right there with Brent Parrish of The Right Planet – the few, the proud, the irregulars. We stand in solidarity with our fellow bloggers and friends Sipsey Street Irregulars blogger Mike Vanderboegh; DirectorBlue blogger Doug Ross and anyone else who stands against Obama and his thugs. We are honored to be on the President’s enemies list. I like Brent’s title so much, it is now our tag line. 😉 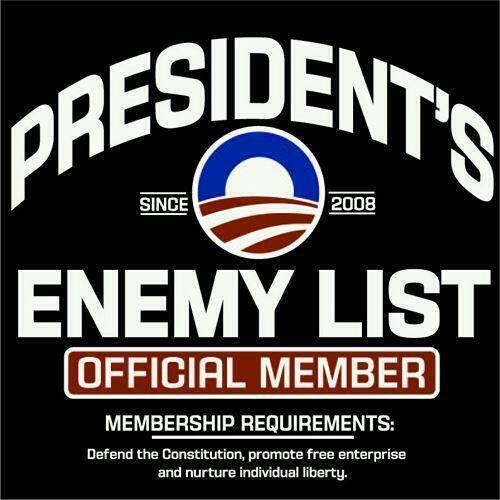 You know, every once in while—while I’m “scouring the bowels of the internet”—I stumble on something that just really knocks my little right-winger socks off.

Just about every day I visit Doug Ross’ blog. He’s does, in my opinion, a great job at quickly coalescing, categorizing and aggregating a lot of conservative-libertarian leaning articles and reports, as well as many other news sources.

Well, today, like any other day, I jumped over to Doug’s blog and I see this headline: GREAT NEWS: I Made the White House Enemies List:

If you followed the link, you’ll discover it’s a Townhall.com article written by Katie Pavlich concerning a document dump by the DOJ, made public on Friday, that was ordered via a FOIA request by Judicial Watch. It’s being reported the documents reveal collusion between the DOJ and the White House to target so-called “out of control” investigative reporter Sharyl Attkisson.

The article also mentions collusion between the White House and the far-left, Soros-funded Media Matters rag—which is nothing new for the Obama Administration, by the way.

In addition to going directly to the bosses of reporters for intimidation purposes, during her tenure Schmaler regularly worked with far left smear machines like Media Matters to attack other reporters and DOJ whistleblowers.

If you followed the link in the preceding quote, you discovered it links to an article written by Matthew Boyle at The Daily Caller from September 2012.

So, Media Matters and the White House were colluding to attack the usual suspects—Fox News, along with Katie Pavlich, and Joel Pollak and Ken Klukowski at Breitbart. Huh. Imagine that. The fun never ends.

Apparently, Doug Ross and Mike Vanderboegh just recently discovered they were on the White House “attack” list, as evidenced by their recent blog posts here and here.

Now, this is where it starts to hit very close to home for me, not to mention Mike Vanderboegh and Doug Ross, and others I know. I don’t know Doug personally, but we’ve provided mutual support, I guess you could say. Quite often, articles and posts from some of the members of the Watcher’s Council, including myself, are cross-posted or linked at Doug’s blog, or his BadBlue news service.

My good bud and fellow Council member Terresa at Noisy Room is a good friend of Doug’s. I can’t speak for Terresa. But, like Doug, I just consider myself something akin to a “two-bit blogger.” I’m just bumbling around the “intertubes” and other seedy locales for the truth … or some semblance of it. Needless to say, it’s a little unsettling, I’m sure, to be targeted by the White House—yet a distinct honor as well, thank you very much—’Merica.

So, why did the White House go after “two-bit bloggers” like Doug and Mike? I would assume they were posting and reporting on scandals like Operation Fast and Furious and Benghazi which put the Obama Administration and the DOJ in a very unfavorable light. But there are a number of other sites that aggregate conservative-libertarian-leaning news and editorial content who were reporting on the same scandals as well.

So, once again, why Mike and Doug? I can only offer my opinion and speculation, ladies and gentlemen.

Let’s just take Mike Vanderboegh, for example. Mike is an ex-communist, from what I understand (see video below). I’ve been “watching” him for a while. I check out his blog on a regular basis.

I, myself, have been researching the history of communism and socialism for the past seven years. My articles are regularly cross-posted at TrevorLoudon.com, NoisyRoom.net and Gulagbound.com, and numerous other blogs. I have also done a great deal of political research and lengthy study into the core ideology that underpins Marxian socialism.

I mention all this because I find it very, very interesting that Mike, as an ex-communist, is targeted by Media Matters and the White House. What is it about Mike Vandergoegh’s blog that requires attacking by the admin and its minions?

Furthermore, the targeting of Doug Ross’ blog—which often links to articles written by fellow Council members Terresa Monroe-Hamilton at Noisy Room, Sara Noble at IndependenSentinel.com, Rob Miller at Joshuapundit, Snoop at Simply Jews, and even this blog—certainly made me sit up and take notice and wonder why. What was it about the content at Doug’s blog that put it on the White House radar?

Well, I think I can comfortably speak for the aforementioned Council members (since I’m in regular contact with them) that we’re not real big fans of Marxian socialism, i.e. liberalism, progressivism—to say the very, very least. So, if there is a common link between Doug, Mike and the aforementioned members at the Watcher’s Council, we are vehemently against the whole notion of collectivism, but instead strongly support individual liberty and jurisdiction of the U.S. Constitution.

I’m sure they’ll correct me if I’m wrong.

It is truly a sad, sad thing when an American administration views citizens who desire accountability and integrity coming from the highest office in the land as de facto “enemies.”

But, nonetheless, proud to be an official member on the “White House Enemy List.” It’s truly a badge of honor.

The few, the proud, the irregulars. 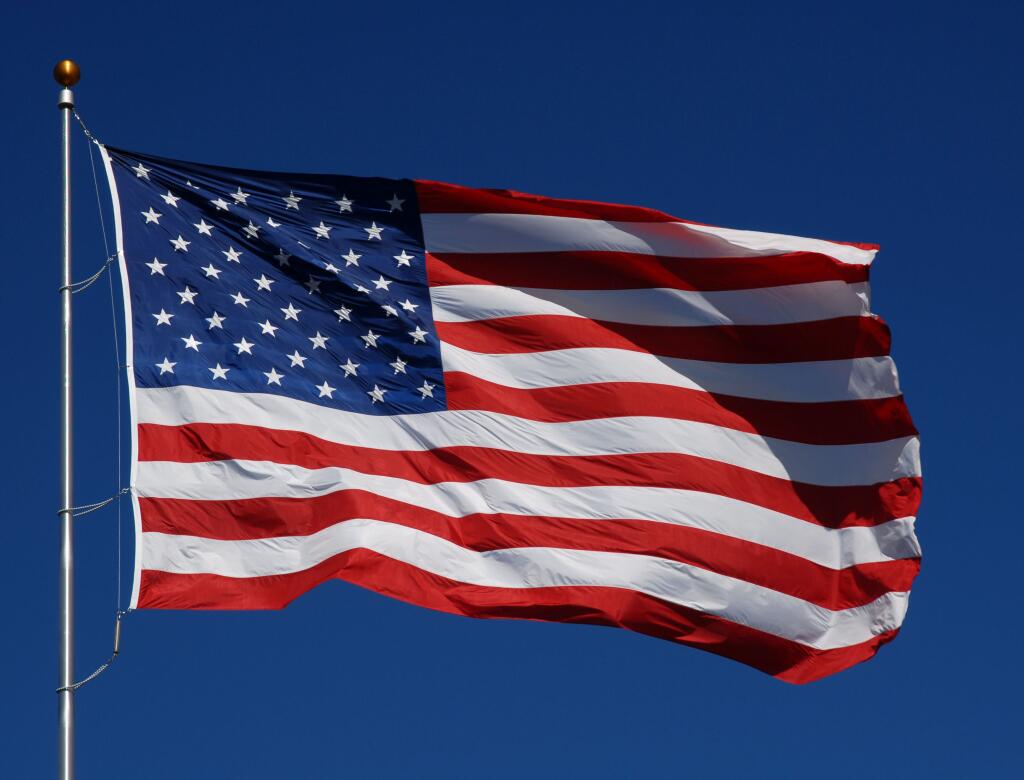