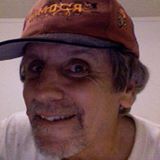 Stephen L. Paulmier is Editor of the Hawaiian cultural magazine; The Hammer, active in the Hawaiian Friends of the Soviet People and Editor, of Ideological Fightback magazine, the journal of the Stalinist Communist Party USA spinoff National Council of Communists, USA.

He is originally from from Germantown, Pennsylvania and studied art at Springfield College.

In 2002, Stephen Paulmier was a printer, a member of the Graphics Communications International Union and a reader of the Communist Party’s People’s World in Philadelphia. He wrote an article in People’s World on taking his family to meet jailed “Cuban 5” spy René Gonzalez at the Federal Correctional Institute McKean in Bradford, PA.

We had learned about the circumstances leading to his imprisonment last summer while we were participating in the Pastors for Peace caravan to end the blockade of Cuba. My sons and I had the honor of hearing Ricardo Alarcon, the president of the Cuban National Assembly, describe the events that led to the brutal and unjust arrest and imprisonment of the five anti-terrorists.

June 13, 2002: Oscar Redondo Toledo, an Intelligence Officer serving under diplomatic cover at the Cuban Interests Section, was the featured speaker at a meeting in Philadelphia. Other speakers that night were Pamela Martin of the Philadelphia-Cardenas Sister Cities Project and Stephen Paulmier of the “Free the Five” Committee. While posted to the Interests Section, Redondo handled the “Sister City” program between Havana and Mobile, Alabama.

In early November, 2002, the US declared Redondo and another Cuban spy-diplomat Persona Non Grata. Both officers were First Secretaries at the Cuban Interests Section. According to the Washington Post, the expulsion retaliated for the 16-year career of Cuban spy Ana Montes, who was sentenced in October of 2002.

After moving to Hawaii, Stephen Paulmier was active in the Democratic Party – contributing to policy formation, from his position as Treasurer, Democratic Party Caucus 1st District, Precint 2.

As of May, 2014, Stephen L. Paulmier served on the Board of the U.S. Friends of the Soviet People, a network aiming to support communist parties in the former Soviet Bloc.