For those who are wondering how Barack Obama — a man seemingly engaged in full-time campaigning, fundraising and rabble-rousing — could also have the bandwidth to weaken America both at home and abroad, the answer is really quite simple. 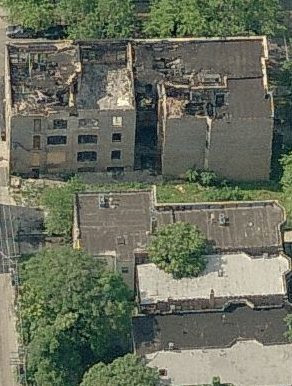 The leader of the free world is actually a woman named Valerie Jarrett, a longtime crony of Barack and Michelle Obama, who appears to call all of the shots in the Oval Office.

In the White House, Jarrett has been linked to a wide variety of scandals and other policy debacles.

There are credible reports that Jarrett blocked the attack on Osama Bin Laden’s compound on three separate occasions.

Similar reports indicate that she gave the “stand down” order to would-be rescuers in Benghazi on 9/11/2012.

In 2012, she was reported to have led Obama’s “secret negotiations” with Iran’s Mullahs. Subsequent accounts depicted Jarrett as working with Iran’s nuclear experts to ensure the Islamic Republic could continue on its march to build nuclear weapons.

On Thursday, the Wall Street Journal‘s Kim Strassel summarized the ramifications of Jarrett’s litany of policy failures in stark terms: everyone but her is expendable.

Who would want to work for a boss whose experiments in big government all but guarantee their reputation will be ruined in the aftermath of a bureaucratic collapse? … And who wants to work for a boss who doesn’t have your back? … Is it possible to have any other experience working for Mr. Obama—a boss who doesn’t listen, views everything politically, always thinks he’s right, and whose policies are a recipe for a lost reputation?

Which brings us at last to the Democrats’ latest haven for race-baiting, Ferguson.

Jarrett was in contact with Missouri’s Governor Nixon in the run-up to the announcement of the Grand Jury’s decision.

While Nixon denied the administration pressured him to resist activating the National Guard to put down the violent protests, the White House has admitted that Jarrett was in close contact with the governor during the first 24 hours of violent protests.

Nixon came under heavy criticism for failing to deploy the National Guard to quash the protests, which resulted in massive property damage. It now would seem that Jarrett had a hand in that decision as well.

And who is our crypto-president?

In 2008, The Boston Globe exposed Jarrett’s background as the failed chief executive of The Habitat Company, which managed government-subsidized housing complexes in Chicago from 2001 until 2006. Her leadership, if you can call it that, resulted in violations so egregious that many units were deemed “uninhabitable” and eventually the federal government was forced to seize the properties.

That year, Judicial Watch named Jarrett to its “Ten Most Wanted Corrupt Politicians” list for her ties to the failed housing complexes and “other shady real estate scandals.”

Jarrett’s family background is equally troubling. Her father-in-law was a card-carrying Communist who worked with Obama’s mentor, Frank Marshall Davis.

Jarrett’s grandfather Robert Taylor is reported to have served in a leadership role for the Soviet Union’s American front group during World War II, when Stalin was still allied with the Third Reich. Taylor’s “American Peace Mobilization” was a Soviet initiative designed to keep America out of the war so that Hitler and Stalin could divvy up Europe and Asia virtually unopposed.

So, in short, the first female President is a hard-core Leftist with an abysmal track record for decision-making, a horrifically failed tenure as a chief executive, a stunning inability to learn and a steely refusal to take responsibilities for her many failures.

But she’s the president and you’re not.

Which explains why Jarrett — against all historic precedent — was given a Secret Service detail for protection.

Related: The Illustrated Valerie Jarrett Primer and What Barack Obama Hid From His Readers.

7 thoughts on “PRESIDENT JARRETT: “Senior Adviser” Reportedly Calling All the Shots, Including Those In Ferguson”