Chicago Police Officer Martin Preib discusses the anti-police movement. Preib took on one of the Innocence Project’s first big wrongful conviction successes out of Chicago. It was the Anthony Porter case, a double murder in Chicago in 1982. Porter was sentenced to death row for the crime. The Innocence Project got someone else to confess to the murder, a man named Alstory Simon, and Porter was freed. The case led to a ban on capital punishment in Illinois. But Porter was actually guilty of the crime. 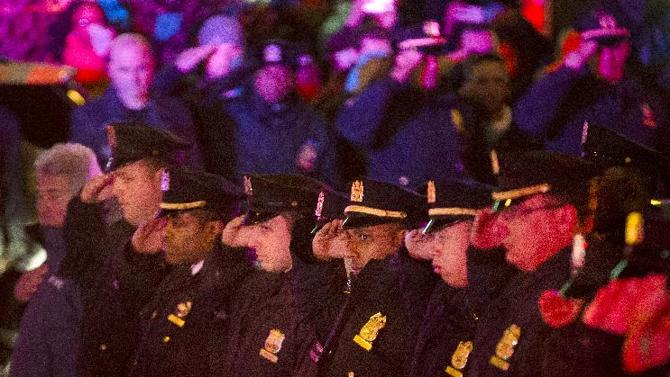 Assassin Who Killed Two NYPD Officers Identified As 28 Yr Old Black Male Ismaaiyl Abdullah Brinsley, Threatened To Kill Cops In “Revenge” For Garner, Brown…Update: Before (And After) Pics Of Killer…Update: Brinsley Thought To Be Part Of ‘Black Guerilla Family’

BREAKING: COP Union Tells NYPD To Arrest Only When Necessary, Stand Down

Brandeis University Student Leader: “I Have No Sympathy” For the Dead NYC Cops

Where Is Obama While Cops Are Being Executed? Of Course, On The Course, Playing Golf In Hawaii…

Brooklyn cop killer’s FB page: “Strike terror into the hearts of the enemies of Allah”

‘I Can Breathe, Because I Don’t Steal’: Pro-Cop Group Confronts NYC Protesters and It Gets Hot Fast

Muslims, Liberals and Racists to Blame For NYPD Murders and a Beer Summit Won’t Fix It