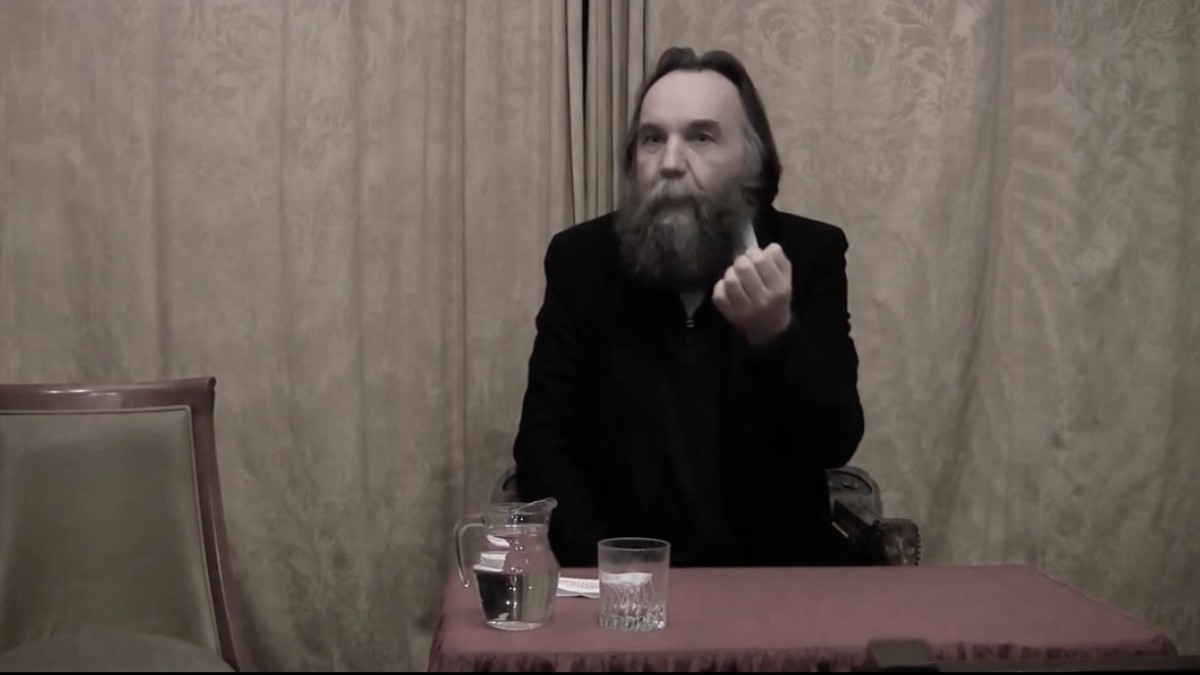 Below is Part 2 of the report compiled by Glenn’s research team for “The Red Storm”. Read Part 1 HERE. Part 3 will be posted Wednesday.

On December 25th 1991 the President of the USSR Mikhail Gorbachev resigned his office in a nationally televised broadcast.

“I hereby discontinue my activities at the post of President of the Union of Soviet Socialist Republics.”

The Soviet Union had officially dissolved. The Soviet flag was taken down from the Kremlin and replaced with the new flag of the Russian Federation.

The Soviet Union at the height of her power had influence from the Sea of Okhotsk, across Eurasia, all the way to East Berlin. The Soviets had re-established the Russian Empire. The old Carolingian/Eastern Orthodox line was still the de facto border, but the Warsaw Pact provided the Russians with a reach into Western Europe that they had never had before. After the collapse the 3 main Slavic nations of Russia, Belarus and Ukraine were separated and millions of ethnic Russians were suddenly waking up behind foreign borders. Not only had their economy collapsed but Ukraine, their spiritual and cultural heart, was now separated by a line on the map. To Russians this was akin to an amputation.

In 2005 during his annual State of the Union address Russian President Vladimir Putin would call the collapse of the Soviet Union, “the greatest geopolitical catastrophe of the century.”

“First and foremost it is worth acknowledging that the demise of the Soviet Union was the greatest geopolitical catastrophe of the century. As for the Russian people, it became a genuine tragedy. Tens of millions of our fellow citizens and countrymen found themselves beyond the fringes of Russian territory.”

When Putin came to power in 2000 he inherited a crippled economy and a nation that lacked direction. His plan was to remedy both. He started to work on the Russian economy. From 2000-2008 the Russian GDP grew by over 70%. Individual Russian wages tripled. The one aspect Russia seemed to be stagnant in was influence. While Putin was busy rebuilding the economy NATO advanced further Eastward. The United States and Western Europe practically ignored Russia on the world stage.

Putin needed a geopolitical and foreign policy that would return Russia to her glory. Just such a policy was under development. This policy was put into effect in 2008 and Putin has been following it like a playbook ever since.

I believe the architect of Russia’s geopolitical strategy is Aleksandr Dugin. If this is true the future of Western and Eastern Europe is headed toward catastrophic possibilities.

Aleksandr Dugin is known to be an advisor to some of the most influential men in Russia. The list reads like a political who’s who in the Kremlin:

Not only advising the Kremlin, Dugin in 2008 became the head of the Department of Sociology of International Relations at Moscow State University. He’s been pushing his ideology to Moscows intellectual elite and young minds ever since.

Dugin uses a combination of geopolitics, political theory and philosophy to incite Russian nationalism. To put it bluntly, it’s nothing short of Russian fascism. Duginites see Eurasia as part of a greater Russian Empire. Land dominated by a superior culture and civilization.

Marxists believed that the proletariat would awaken and become class conscious. This would bring forth the inevitable struggle between the Bourgeois and the Proletariat. Similarly, Dugin wants not only Russians but all of Europe to become aware of their race to bring forth racial struggle. This has the effect of uniting the Russians and fracturing the European Union. To do this Russia has reached out to Right-wing groups all over Europe. This is the blueprint to dismantling Western Europe.

Dugin’s Christianity, however, is very dark. He’s preparing Russians to be willing to make the ultimate sacrifice…for the nation and for Orthodoxy.

“The meaning of Russia is that through the Russian people will be realized the last thought of God, the thought of the End of the World. . . . Death is the way to immortality. Love will begin when the world ends. We must long for it, like true Christians. . . . We are uprooting the accursed Tree of Knowledge. With it will perish the Universe.”

Charming isn’t it? This man is actually an advisor to the government!

Dugin believes that Western society is attempting to dominate the entire world under one single global government. Dugin preaches that not only has the U.S. and the West manipulated the world politically and militarily but on a deeper philosophical level. Dugin says that the West has lied to the world making them think that chaos is an evil thing. He says that chaos is in fact divine. Where as the West makes you think they’re defeating chaos by bringing forth order, Dugin says Russians need to bring chaos to bring forth divine enlightenment. In fact, Dugin’s political symbol is the 8 pointed star.

The 8 pointed star is an ancient pagan magic symbol for…chaos.

This type of philosophy should sound very familiar to you if you know about twelver Islam. They believe the coming chaos will purify the world in blood bringing forth enlightenment and the 12th Imam. It’s no surprise that Putin’s Russia supports the Shia Twelver regime of Iran and their proxies Syria’s Assad and Hezbollah in Lebanon.

Just one year after Putin became President of the Russian Federation Aleksander Dugin founded the Eurasia Party. It’s primary purpose is to advocate Russian aggression and expansion. It became a legitimate political party in 2002. In Dugin’s own words this is the Eurasia Party ethos:

“In principle, Eurasia and our space, the heartland Russia, remain the staging area of a new anti-bourgeois, anti-American revolution. … The new Eurasian empire will be constructed on the fundamental principle of the common enemy: the rejection of Atlanticism, strategic control of the USA, and the refusal to allow liberal values to dominate us. This common civilizational impulse will be the basis of a political and strategic union.”

Dugin’s reference to Atlanticism is how he describes western sea power colonial empires like the UK, France, and the U.S. He also maintains a strong aversion to liberalism. America was founded on the concept that basic inalienable rights like life, liberty and the pursuit of happiness are granted by God. Dugin preaches something entirely different. He claims that the state defines the man and grants him his rights. The state can act on it’s own and has complete authority.

“What man is, is not derived from himself as an individual, but from politics. It is politics that defines the man. It is the political system that gives us our shape. Moreover, the political system has an intellectual and conceptual power, as well as transformative potential without limitations”

“the state is power. It is free from restraints of private morality.”

Von Treitschke would pioneer decades of German racism. The end result would be Nazi Germany.

While Putin was busy fixing the Russian economy Dugin was watching the various “color revolutions” spring up all over the former Soviet bloc. They began first in Georgia and resulted in the overthrow of the Georgian President. Dugin began preaching that the West was deliberately attacking Russian society by inciting unrest. He said that the western “5th column” had infiltrated Russian lands via banks (Russian Central Bank and the IMF), NGO’s and even the government.

In 2007 the Russian’s received the springboard they needed to launch their Dugin inspired foreign policy. The U.S. and the West had gone against Russia’s demands and recognized the legitimacy of Kosovo. This obviously infuriated the Russians who were allied to Serbia. More importantly however this set a global precedent that Moscow could now exploit. Many breakaway regions within the greater “Russian civilization” could now be used as leverage over the countries they resided in. Abkhazia and South Ossetia in Georgia, Transnistria in Moldova, etc.

Before the Russian/Georgian war began Dugin would visit South Ossetia in Georgia and say this:

“Our troops will occupy the Georgian capital Tbilisi, the entire country, and perhaps even Ukraine and the Crimean Peninsula, which is historically part of Russia, anyway. Russia should not stop at liberating South Ossetia but should move further. “We have to do something similar in Ukraine.”

Sound familiar? Putin has been on autopilot ever since.

In 2008 Putin invaded Georgia to “defend ethnic Russians” in the autonomous regions of South Ossetia and Abkhazia. Dugin was furious that Putin didn’t seize the opportunity to go all the way to the Georgian capital of Tbilisi. He called for Putin to “restore the empire” but Putin was content with biding his time. However, that all changed when the maidan protests erupted in Kiev this past year. The West had clearly stepped over a red line.

There’s something about Ukraine and Crimea that western geopolitical thinkers and analysts just don’t understand.

Putin had this to say regarding Ukraine/Crimea during his recent state of the union address:

“For Russia, Crimea, ancient Korsun, Chersonesos, Sevastopol have a great civilization and sacred significance – as well as the Temple Mount in Jerusalem for those who profess Islam and Judaism. That is how we are going to treat this. Now and forever. ”

Peter the Great said it and Putin/Dugin are saying it now. They see Russia as the “Third Rome”. Ukraine and Crimea are their holy sites. The significance of such traced back to the Apostle Andrew. Vladimir I was baptised there making Kievan Rus’ a Christian state. They’re going to defend and struggle for it as if it were the Vatican or the Temple Mount.

Ukraine now finds itself in the same dark waters that Georgia does. With autonomous regions within her own borders filled with ethnic Russians supported by the Russian Federation. Used as levers that Moscow can pull at will.

The problem that Putin now faces however, is that he has awakened bears within his own country that he may not be able to chain back. The nationalist fires that Dugin’s policies have stoked burn at the core of every Russian. Fires that were ignited when the Apostle Andrew declared the coming of a great Christian city in Kiev. Moscow now faces a nation that expects nothing short of holy war over Ukraine and Crimea. What if Putin isn’t willing to take it that far? Who will take his place? Will Russia champion a new Orthodox Confederation to challenge the West? Will Western Europe’s right-wing groups be their allies in dismantling the European Union?