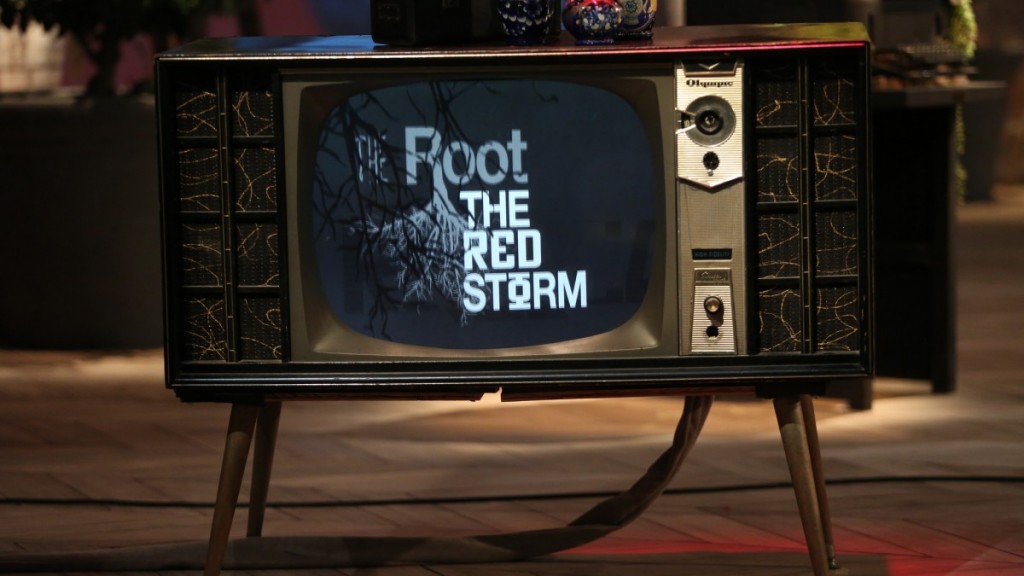 Below is Part 3 of the report compiled by Glenn’s research team for “The Red Storm”. Read Part 1 HERE and Part 2 HERE.

Vladimir Putin and his advisors have a dream. That dream is not of a great Russian Nation that once again commands respect as it used to. Their sites are set much higher. They dream of a great civilization that dominates all of Eurasia. Historically for Russians this struggle is anything but new. They’ve pursued it their entire existence. From Prince Vladimir I, to Ivan the Great and later Stalin it’s always been about Russian domination of Eurasia. Throughout history there has always been an antagonist for Russians to struggle against. The Tatars and Mongols, the Nazis from Germany and now Putin has the United States. This struggle along with their devout loyalty to the Orthodox Church has given the Russian people one of the most fiercest forms of nationalism in the world. Tapping that nationalism, historically, has had global impact.

Putin has watched the threat to Russian civilization since 2000. The ousting of Slobodan Milosevic, the Rose Revolution in Georgia, and the Orange Revolution in Ukraine would all be viewed not as native grassroots attempts at democracy but rather a direct attack from the Unites States and the EU. From then on Moscow has been on a slow methodical plan that began with the invasion of Georgia in 2008. Those in the Eurasia Party wanted Putin to invade the entire country but he stopped short. Last year, as a result of the overthrow of the Yanukovych regime in Kiev, Moscow annexed Crimea and invaded Eastern Ukraine. Again, Putin stopped short despite cries to go all the way to the capital.

The big question is…what happens next? What’s Russia doing? What should we look out for?

Moscow knows they can’t defeat the U.S. and EU militarily. Instead they’ve taken Aleksander Dugin’s philosophy in Russia and exported it to Western Europe. The message is clear. Remember what makes you unique and different. For Russians it’s the Orthodox Church and their culture. For Western Europeans, it’s the self identity of each individual nation state. To tap into this Russia has been contacting and supporting far-right groups all over Western Europe. At a time when the EU has been suffering from economic hardship, unemployment and immigration issues the far-right has made significant gains.

What’s the goal? The systematic break up of the European Union at the hands of Western Europe’s far-right. Russia, like the rest of the world, remembers what happened the last time the far-right dominated Europe…but that’s exactly what they want. Remember Dugin and the Eurasia Party’s eventual goal. Before order there must be a coming chaos. As the Kremlin continues it’s operation in Eastern Ukraine the political chaos has already begun in Western Europe.

Scotland attempted to split from the UK. The Golden Dawn party gained ground in Greece. 15,000 Nazi’s marched in Germany last month. The list goes on and on and Russia has ties to nearly every major right-wing group involved:

Not only is the Kremlin supporting these groups at the highest levels they’re also targeting Europe’s youth. Straight from Hitler’s playbook, Dugin has created a branch of his Eurasia Party that’s sole purpose is to infiltrate Europe’s young minds. They’re called – The Eurasian Youth. Sound familiar? Like their founder Aleksander Dugin, the symbol of their movement is also the 8 pointed star of chaos.

France’s National Front has a legitimate shot at gaining power in the next election. Putin has taken a special interest in Marine Le Pen and Le Pen echoes that interest back toward Moscow. Russia doesn’t even try to hide it. A bank with close ties to the Kremlin recently donated 9 million Euros to the National Front.

If Le Pen takes power in France that could be the catalyst Russia has been waiting for. A rebirth of European nationalism and the continent reset back to the 1930’s.

Russia’s second major hurdle is the dominance the dollar has on the world economy. Putin believes that the World Bank and the IMF are agents of western imperialism. He believes they use state banks (like the Bank of Russia) to lure nations into their debt based economic model. To combat this Moscow has been gathering other like minded nations who are sick of the dollar’s dominance. They’re trying to build their own version of the IMF.

They’re also trying to emphasize an economy backed by tangible resources. That’s why both China and Russia are buying up gold in bulk. That’s an understatement. Russia and China are filling their vaults with gold by the truck load. They see an eventual collapse of the western debt based economies. When that occurs the world economy will return back to the gold standard. With the combined gold reserves of Russia and China on top of their immense natural resources their economies would be unstoppable. Even more formidable if they combined that with oil and gas from the middle east. A Middle Eastern ally is crucial to that goal and partly explains their relationship with Iran.

The problem Putin’s Russia now faces is their current economic crisis. Western sanctions and the drop in oil prices have devastated the Russian economy. Lines to ATM’s and bank tellers wrap around street corners as Russians attempt to exchange rubles for dollars and euros. The Kremlin has labeled it economic warfare from the United States. The rhetoric stops just shy of calling it an act of war.

The situation in 1941 Japan can tell us a lot when analyzing Russia today. Japan attacked Pearl Harbor on December 7th 1941. But why did they do it? On the surface the act seems irrational. Most people don’t look at the root of that problem either but doing so can help us see the world from Putin’s eyes.

Like the west retaliated from Russia’s annexation of Ukraine, President Roosevelt retaliated and imposed economic sanctions on Japan. One of which was an embargo of U.S. oil which the Japanese economy was critically dependent on. Rather than deterring the Japanese they got even more aggressive. They saw the sanctions as an act of war. They decided that war with the United States was now inevitable. To make up for the loss of U.S. oil and other sanctions the Japanese planned to invade the Dutch East Indies, Malaysia, Singapore and the Philippines. The attack on Pearl Harbor was basically a giant flanking maneuver to make sure the U.S. Pacific Fleet couldn’t intervene.

With the Russian economy under attack and the future of Ukraine and Crimea in jeopardy how will Putin react? Do the Russians see war with the U.S. now inevitable as the Japanese did in 1941?

The way Putin responds in the next few months may decide whether he holds on to his presidency. He now finds himself in a land where he’s unleashed monsters that he may not be able to control. The fires of Russian nationalism burn hot. Russians see themselves as under attack. Not only their culture but their religion. Putin typically is content with taking his time but there is a growing majority that, like Dugin, want action now.

On the night of February 24th 1956 the public session of the 20 Congress of the USSR came to a close. Most of the delegates went home, but Nikita Khrushchev called the most senior members back to a closed private session. This session would later be dubbed Khrushchev’s “Secret Speech”.

Stalin was dead and his closest supporters (Molotov, Malenkov, Kaganovich) were set to take over. Khrushchev’s goal was to show the government that Stalin and his followers were victim of “the cult of personality”. That Stalin had made the Russian cause and struggle about his own ego and not about the Russian people. The speech was so shocking and contrary to how things had been going in the Soviet Union at the time that multiple people within the auditorium had heart attacks and passed out. The speech would be a huge success for Khrushchev and lead to the de-stalinization of the USSR. Khrushchev would seize power from Stalin’s successors.

Who is going to be the modern day Khrushchev? Who is going to come forth and point out Putin’s failures if he doesn’t give the Russian people what they want?

If Putin is forced out under present circumstances the Russian people will look for direct and immediate action. They’ll look for a leader outside the current politburo. A war hero with a track record for fighting for the reclamation of Russian civilization. The next Russian leader will see Orthodoxy not as a tool for nationalism but as a treasure he must champion. He’ll be profoundly religious and dedicated to the Russian Orthodox Church.

He may be a man like Igor Girkin Strelkov.

Girkin typically just goes by his nickname Strelkov which means “shooter” in Russian. He’s basically the Russian version of a cross between Rambo, John Wayne, and the Pope. He served in both the FSB and GRU leading insurgencies in Chechnya, Bosnia, Moldova, and Georgia.

“As we are Orthodox Christians, this connection, this line of Orthodox Christianity goes through everything, including the awards, connection of past, future and present.” Girkin’s General “Prapor” – (on the resemblance of the Novorossia medal to the cross of St George)

“A Clash of civilizations is taking place, no more no less” “one of these civilizations stands on clearly anti-christian basis” “preventing it’s triumph itself would be an enormous contribution to the Orthodox Christian cause” – Vladimir Khomyakov

According to Girkin it was he and not Putin that “pulled the trigger of war in Ukraine”. After the Maidan protests in Kiev Girkin crossed into Crimea and led the take over. After Crimea was fully annexed he crossed into Eastern Ukraine and led the uprisings in both Donetsk and Luhansk. When the ceasefire was negotiated Girkin relocated back to Russia and has been the leading organizer for Russian fighters and equipment flowing into what he calls “Novorossiya” (New Russia).

Ditching his military uniform and donning a suit Igor Girkin has been all over Russian media lately. While Putin addresses the nation and tells them not to worry about the dire situation of the Russian economy Dugin can be seen preaching the liberation of New Russia. Not stopping at Ukraine but uniting all Russian lands…by force if need be.

“The whole Russian people should merge into one Russian state…Ukraine, Belarus, and Russia must unite” – Girkin

Ivan the Terrible was the first Czar of Russia and ruled in the mid 1500’s. He believed he was chosen by God to lead the Russian people and defend Orthodoxy. During his reign the Russian Empire would see its greatest territorial expansion ever. Is Igor Girkin the modern day version of Ivan the Terrible? Is Russia at the precipice of another period of great territorial expansion with a champion of their faith at the helm? Time will tell.​