Tragically and with full malice aforethought, the beauty, simplicity and essential-to-thought subject of Logic is no longer taught in the US Public school system. As a note, little else that matters is now taught either. It was taught when I attended school. For the purposes of this column, I will deal with two forms of logic, as defined by the current 0n-line Merriam-Webster Dictionary: “a particular mode of reasoning viewed as valid or faulty” and “interrelation or sequence of facts or events when seen as inevitable or predictable.”

I hope that these will assist those people who still cannot—according to their own words seem to fathom why Barack Hussein Obama does what he does and says what he says. Note: Too many of these (many high profile) and, ostensibly, Conservative individuals seem to be extremely well-educated but–due to their statements of incredulity over Obama’s actions or lack thereof–are quite apparently lacking the power of even the most basic practice of logical reasoning. That leaves us with Occam’s Razor, i.e., “the solution amongst competing hypotheses with the fewest assumptions (the one that possesses the most facts) should be selected.” Obama is destroying the USA and replacing its legal citizens with Muslims and other illegals, in order to create a new country of his making. Logic requires rational reasoned thought… not emotion and false premises. Thus… I shall attempt to explain it to them for yet one more time.

The rest of you—Conservatives specifically–understand perfectly well what’s going on. 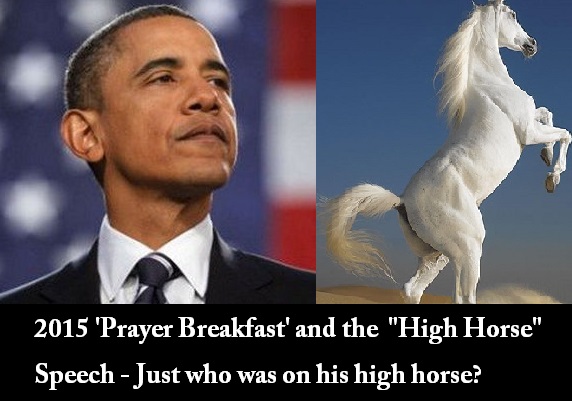 photo from Stand Up America

Obama Syndicate: Christians are responsible for Islamic Violence and their own deaths!

Although they haven’t said it–outright–yet, the Obama syndicate members seem poised to soon say that Christians are actually responsible for their own beheadings and burning of the adults and children..many of them infants. Obama recently said that Christians have done horrible things, too. But—and it’s a big one—he had to go back to the over-a-thousand-years-ago Crusades to make his case. The Crusades were in effect because barbaric and enslaving Islam had taken over Spain and other regions in Europe. In a nutshell, Islam hordes conquered and took Christendom lands, enslaved the people and stole their Holy sites. The Christians fought Islam to get them back. Christianity won.

In Obama’s book “Audacity of Hope.” he (or possibly Bill Ayers) writes of the Muslims “…I will stand with them should the political winds shift in an ugly direction.” Due to its atrocities against humanity, the political winds of the world currently seem to be against Islam… yet, he seems bent upon backing them all of the way. In fact, recently, Obama held two “private” meetings with Muslim Brotherhood members. Please remember that the Brotherhood is the parent of most of the terrorist groups currently on our planet. A handful (hundreds of examples are available) of indicators that Obama stands with and actually fully supports “radical” Islam are as follow:

Everything Obama and the Islamo-Nazi new world order is now doing is designed to implement the “Final Solution” for the USA… that of the North American Caliphate which Obama plans to head. President Ronald Reagan’s “America a shining city upon a hill whose beacon light guides freedom-loving people everywhere” will be destroyed and extinguished at last.

As it is, the flicker of my home country is very dim now, indeed. As I’ve written before, my ancestral family members built the United States of America from the ground up and I have been witnessing its dismantling. Although I view Barack Hussein Obama as a loathsome creature, even more offensive are those who refused to lift a hand to stop him and those who affected the pretense of being of, for and by the people but, who willingly betrayed their fellow humans for the promise of power in this planned New Dark World and a few pieces of silver. And, to them, I say whether you choose to believe it or not, truth is truth and our Creator God is watching. Even so, Lord, come soon….

Obama at Prayer Event: Christians did terrible things, too:
at foxnews.com

The Crusades Just and Reasonable:
at forums.catholic.com

One thought on “Obama Readying USA for Islamic Takeover?”