Never ascribe to only conspiracy, that which may also be incompetence,
and vice versa.

Or, said another way…

Never presume that conspiracy and incompetence are mutually exclusive,
without due evidence. 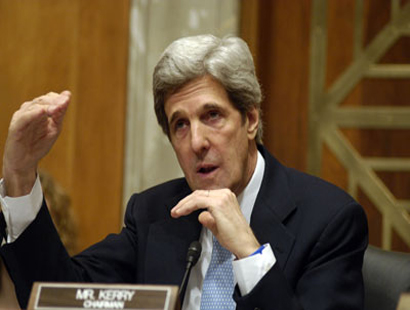 BECAUSE, CRUSADES: Kerry, State Department Agree That any Iran Deal Would Be “Non-Binding”

Over the past two days, both U.S. Secretary of State John Kerry and State Department Spokesperson Jen Psaki have admitted that the current nuclear deal being negotiated with Iran is “non-binding.” 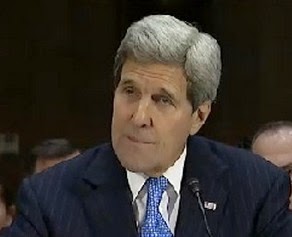 Speaking at a hearing of the Senate Foreign Relations Committee today, Kerry said that the deal is not “legally binding.”

“We’ve been clear from the beginning we’re not negotiating a legally binding plan. We’re negotiating a plan that will have a capacity for enforcement,” he told the Senate Foreign Relations Committee.

“We don’t even have diplomatic relations with Iran right now.”

Kerry made his remarks in the context of addressing what he called the “misconceptions” contained in the open letter released earlier this week that was signed by 47 Senators.

In an exchange with reporters at yesterday’s daily State Department press conference, Psaki was asked how the deal could be non-binding if the United States does not trust Iran. The video is embedded below the transcript.

QUESTION: The problem is is that you’ve stressed over and over again this is not about trusting, right? This is about verifying. But then you’re saying that these are political commitments but not necessarily binding. It would seem to me that if this wasn’t about trust, you would want them to be binding, not political commitments, which are your word. That’s what a political —

QUESTION: Political commitment just means “I will do this.”

MS. PSAKI: It is not that. We’re talking about how specifically pieces would be agreed to between the parties. In terms of the implementation of it, I’m sure we will talk about that at the time we would have an agreement.

QUESTION: Since I don’t understand then what a political – as I understand a political commitment, it means a person or a political entity saying, “I will do this; I commit to doing this.” How is that not anything other than giving your word?

MS. PSAKI: Well, again, Brad, if we get to the point where we have a framework, where we have an agreement, I’m sure we will have a discussion about how things will be implemented.

QUESTION: I’m just asking for the concept of political commitment. What does that mean, beyond giving your word?

MS. PSAKI: I just gave you additional examples of how that has been implemented and how it has worked in the past.

QUESTION: The Iranians have talked about this, whatever it is, that if anything happens, that it being – the idea that the UN Security Council would at least endorse it if not enshrine it in some kind of a resolution. Is that something that you think would be useful?

MS. PSAKI: I’m just not going to get ahead of how this would be implemented at this point in time.

MS. PSAKI: Obviously, there’s a lot of work that needs to be done between now and then.


Last week, Armin Rosen of Business Insider reported that the non-binding nature of the deal was “one of the more curious yet least commented-upon aspects” of the nuclear negotiations with Iran.

In October, the New York Times reported that the Obama administration was pursuing a nuclear deal with Iran that would avoid the Senate altogether. That means that the deal would technically be an “executive agreement” in which the president reaches an understanding with a foreign government that doesn’t require any changes in US law — rather than a treaty, which requires a 2/3 majority in the Senate and could supersede certain laws.

The trouble is that Congress has passed numerous sanctions bills relating to Iran. And while Obama has the right to grant sanctions waivers under certain circumstances, he doesn’t have the power to just take them off the books by decree.

“An executive agreement never overrides inconsistent legislation and is incapable of overriding any of the sanctions legislation,” says David Rivkin, a constitutional litigator with Baker Hostetler, LLP who served in the White House Counsel’s Office in the Reagan and George H. W. Bush Administrations. “A treaty that has been submitted for Senate’s advise and consent and if it’s self-executing could do that.”

There is strong bipartisan support for Congressional oversight of any nuclear deal reached with Iran, both within Congress and among voters. The non-binding aspect to the deal is a way to bypass that oversight.

One more note from the Gulag: Remember, we’re talking about this guy. 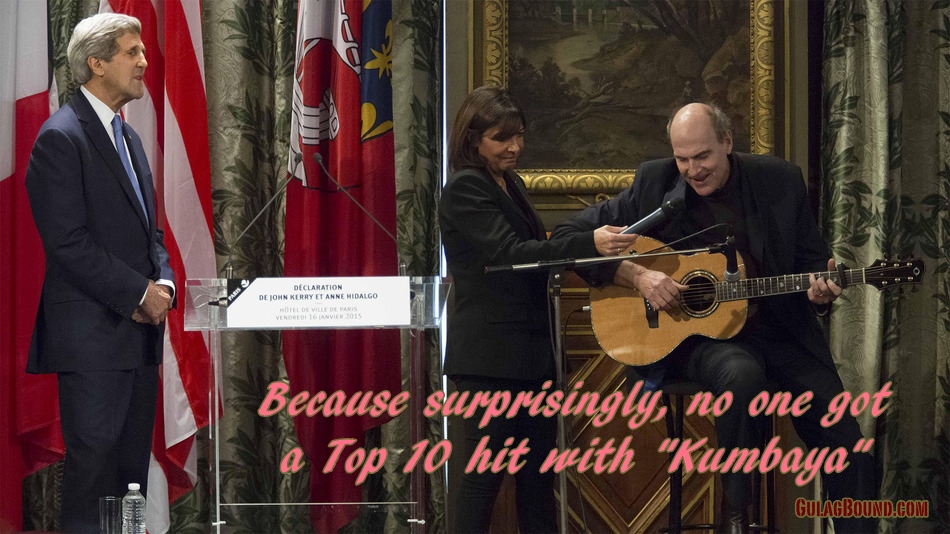 Well… and this one. 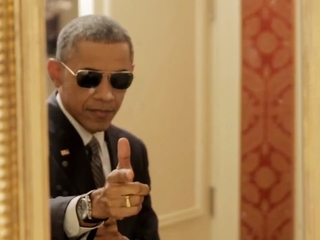 Meanwhile, back in reality…