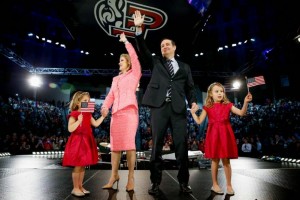 Would you vote for a man who openly says he would repeal ObamaCare?

Would you vote for a man who openly says he favors a fair tax and wants to abolish the Internal Revenue Service?

Would you vote for a man who opposes Obama’s efforts to offer illegal aliens amnesty and promises to secure the borders?

Would you vote for a man who decries a federal government “that wages an assault on our religious liberty”?

Would you vote for a man who wants a federal government that “works to defend the sanctity of human life” and would “uphold the sacrament of marriage”?

Would you vote for a man who defends our Second Amendment rights and condemns the effort ban ammunition?

Would you vote for a man who condemns a federal government that seeks to dictate school curriculums and wants to repeal “every word of Common Core”?

Would you vote for a man who would stand “unapologetically with the nation of Israel”?

Would you vote for a man who has pledged that he would do everything he could to ensure that Iran does not acquire a nuclear weapon?

Would you vote for a man who openly says he would do everything he could to defeat radical Islamic terrorism?

I said I would on May 6, 2013 when he was beginning to get attention. Columnist George Will said he was “as good as it gets” when it comes to being a true conservative in Congress.

I am of course speaking of Sen. Ted Cruz (R-TX) who has announced his candidacy to be the presidential candidate of the Republican Party.

I suspect that his announcement probably terrifies the Republican “Establishment” who have managed to serve up some good men, but poor candidates, to be President. When Republican voters stayed home, we got Barack Obama in 2008 and 2012.

Now they want to get the Party faithful to vote for Jeb Bush, but from my vantage point, the real base is ready to vote for anybody else, Sen. Cruz, Wisconsin Gov. Walker, and Sen. Rubio come to mind.

First of all, there is no Tea Party in the sense of a political party with its own candidates. What there is are Republicans who believe in the U.S. Constitution, small government, fiscal prudence, strong national security, and all those other values outlined in Ted Cruz’s speech at Liberty University in Lynchburg, Virginia.

As Cruz said in an email about his announcement “Washington, D.C. has become completely disconnected from the values of real Americans. That’s why we are now more than $18 trillion in debt, why wages have stagnated, and why our foreign policy is an absolute mess.” That pretty much sums up what Obama has delivered.

Does it surprise anyone that Cruz’s candidacy was instantly attacked, not just by Democrats, but by a number of leading Republicans? Rep. Peter King, appearing on CNN’s “Situation Room” with host Wolf Blitzer, said, he’d “jump off that bridge” when he got to it if Cruz becomes the GOP candidate. He also accused Cruz and Rand Paul of being “counterfeit conservatives.” Nonsense!

The March 24 Wall Street Journal had a lengthy editorial devoted to “The Cruz Candidacy” noting that on most issues with the exception of immigration they found themselves in agreement with him and offered an upbeat view that “The good news for GOP voters is that their field of candidates in 2016 is going to be deep, offering many varieties of conservative leadership” but ending with reservations about “his polarizing style” which was another way of saying he is not a wishy-washy centrist.

We will hear more such accusations and criticisms and, as often as not, they will come from the GOP Establishment. 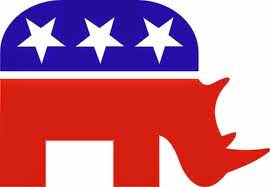 The GOP Establishment regards real conservatives as unable to secure election, preferring RINOs, Republicans in Name Only, and candidates who move as close to the center politically as possible. It seems to have escaped their notice that the Republicans elected in the last two midterm elections were sent to Washington, D.C. by Tea Party and other serious conservative voters.

It has been a long time since a real conservative Republican, Ronald Reagan, was elected President, but it can happen again as serious voters, particularly those who are independents, join with those who find Sen. Cruz a refreshing voice, Will he get the nomination? We are a very long way from the 2016 election, but at least we know it won’t be a boring one!