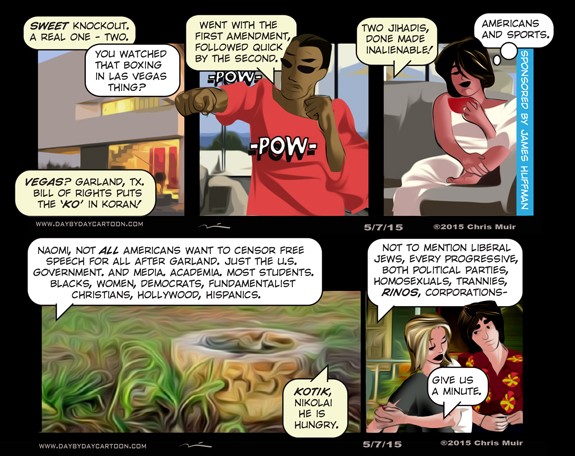 ISIS Hacker Linked to Garland Terror Attack Warns: ‘You Ain’t Seen Nothing Yet’…

Glenn Beck Unleashes on Comedy Central Host Over Free Speech Comments: ‘What the Hell Is Wrong With You?’

Watch What Radical Cleric Says About What Punishment Pamela Gellar Should Face for Muhammad Event
Megyn Kelly Explodes on ‘Confused & Wrong’ Guest Over Muhammad Cartoons: ‘This Is Protected Speech!’

America Is Already Being Ruled By Sharia Law – #IStandWithPamelaGeller

Cartoonists are Controversial and Murderers are Moderate The free and independent United States of America is becoming lost.

Today, it is being intentionally destroyed and we, enslaved by a few, even by some Americans.

What better day to pray for salvation than this day?