Vatican adviser Jeffrey Sachs says the Pope will be attacking the “American idea” of a right to life, liberty and the pursuit of happiness when he speaks to Congress in September. We talk with Vic Biorseth of CatholicAmericanThinker.com about the ominous and dangerous developments within the Roman Catholic Church. Vic is a traditional Catholic who believes Pope Francis is a Marxist. But will Francis change church teachings on faith and morals? Will America and the world survive this pope?

Conspiracy rumors abound as Jade Helm  military exercises begin to roll forward in various places of the United States.  Is there reason to be concerned or is this simply a chance for our military personnel to practice?

One factor to consider would have to be the public’s loss of trust towards those in government.

“A key component of the controversial Jade Helm military exercise set to take part in nine U.S. states this summer will involve soldiers operating “undetected amongst civilian populations,” to see if they can infiltrate without being noticed.”

“Despite assurances that the training is to prepare troops for overseas missions, Army documents in the past have made clear that plans for martial law are in place for within the Continental United States (CONUS).

A leaked 2012 US Army Military Police training manual, entitled “Civil Disturbance Operations,” described how soldiers would be ordered to confiscate firearms and kill American “dissidents.” The manual also revealed that prisoners would be detained in temporary internment camps and “re-educated” to gain a new appreciation of “U.S. policies,” in accordance with U.S. Army FM 3-19.40 Internment/Resettlement Operations.”

I suppose we should trust the military; after all, they are paid to protect us…right?  President Obama trusts the military completely; that’s why when he ordered U.S. Marines to be disarmed during his Inauguration Parade.

“He’s gutted their healthcare, plans to cut their pay and apparently, doesn’t trust them either. David Codrea over at Gun Rights Examiner points out that Marines marching in President Obama’s second inaugural parade recently were caring rifles without bolts, meaning they were removed.”

President Obama should bear full responsibility for the public’s loss of trust.

Obama’s administration has shown time and time again its ineptitude and utter contempt for following limitations placed on government by the Constitution. I’d list them all here; but space being at a premium…Fast & Furious scandal, Solyndra loan/gift of taxpayer funds, Obamacare’s “You can keep your doctor”, NSA spying on Americans, IRS targeting political enemies of Obama, Benghazi, racially dividing the nation, Executive Orders to get around Congress on Illegal Immigration, supplying arms to the Muslim Brotherhood, apologizing to the world for America’s greatness at the United Nations…  Is it necessary to continue?

It wouldn’t be so bad if Obama’s administrators were simply inept; but their arrogance toward the public which employs them makes it even more difficult to excuse a total lack of respect for their stewardships.  When asked to justify their actions the general rule is to stonewall requested information, refuse to answer or plead the 5th in order to avoid prosecution for crimes against We The People.

When the largest military operation ever to take place on American soil during peacetime is being carried out with only Washington’s promise that it’s nothing out of the ordinary, there’s no reason to be concerned or the check’s in the mail…let’s just say a little skepticism is in order.

There was an old black and white movie made back in the early sixties, Seven Days in May, which dealt with the theoretical possibility of a military take over of the government.  The plot called for a group of upper echelon military to stage war games exercise and use that moment to remove the president from office under the pretense that he was unfit for office.

While the story line doesn’t match up, at least not entirely with today’s political setting, there are many similarities which are worthy of consideration. Seven Days in May, was a fictional story; however, think on this:

“President Kennedy had read Seven Days in May shortly after its publication and believed the scenario as described could actually occur in the United States.”

Obama has removed top ranking officers from the military, men who had not planned on retiring; men who have publicly stated that they could not and would not follow orders from the White House to fire on American civilians.

“I have just been informed by a former senior military leader that Obama is using a new “litmus test” in determining who will stay and who must go in his military leaders. Get ready to explode folks. The new litmus test of leadership in the military is if they will fire on US citizens or not. Those who will not are being removed.”

Obama has scheduled Jade Helm as a military exercise to be carried out in several states, some labeled as “Hostile”, states which just happen to have voted against him and his agenda to transform America.

Is this a military take over, similar to the one in Seven Days in May, only in reverse; a president of the United States setting the stage for Martial Law?

Obama didn’t trust U.S. Marines to have loaded weapons during his Inauguration Parade, he doesn’t trust American citizens with weapons either.  Is Jade Helm the elephant in the middle of the room that nobody can see, Obama’s bold opportunity to seize American’s weapons via a supposed military exercise?

Are those FEMA buildings what they purport to be or is there a more sinister, a dark side to their being located behind schools or on Wal-mart properties shut down for “emergency plumbing repairs”?

While we’re into making outlandish comparisons…didn’t Richard ‘I am not a Crook’ Nixon have plumbers… White House Plumbers to fix those who stood against him?  Maybe Obama has a team of plumbers going to fix what needs fixing and they’ll use Wal-mart as cover during Jade Helm.

Here’s my solution to restoring a smidgen of trust in our government at this time. Call off Jade Helm and put the public’s mind at ease. There’s enough unrest going on without pouring gasoline on an already smoldering fire.

Is there reason for concern regarding Jade Helm?  You don’t have to be into conspiracy theories to come up with…yes. 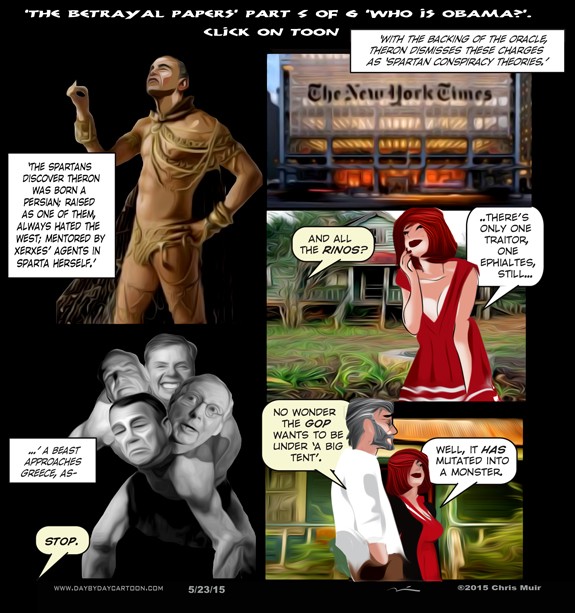