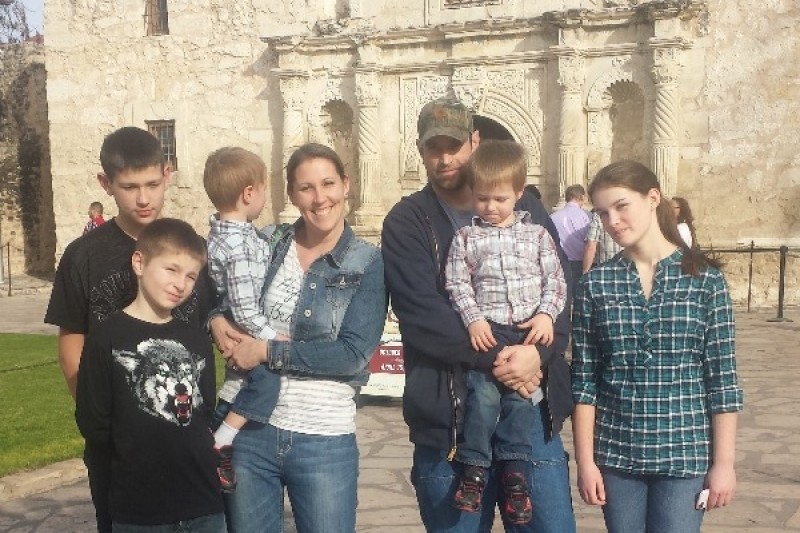 The gay population is only 2%. http://bit.ly/1faCE6v Rush said despite their 2% number, they are succeeding in everything they want. He said the majority is just sitting idly by letting it happen. Rush asked his audience of millions, why? “Why is there no uprising against it…why is there no uprising in support of these businesses being shut down?”

An evangelical minister called into Rush’s radio program with an answer. He explained that Christians realize they are engaged in a spiritual battle. He said the reason why Rush is not seeing outward protests is because Christians are fighting back by praying about the Left’s attacks, bullying Christians and forcing its agenda on all Americans.

Folks, timely divine interventions have made me a huge believer in the power of prayer, but I believe God expects us to do our part. The Bible says, “Faith without works is dead.”

Imagine praying for God to give you a job. You do not educate yourself, send out resumes or respond to want ads. You just sit there in your room praying, expecting God to send you a job.

Christian bakery owners Aaron and Melissa Klein are being persecuted for standing up for their right of the “free exercise of religion.” Oregon state official Brad Avakian threw the Kleins Constitutional rights out the window.

Avakian decreed that the Kleins can publicly speak about the case, but he implemented a gag order preventing the Kleins from publicly expressing their view of marriage.

Can you believe that folks? What country does this guy think we live in? Aaron Klein disobeyed Avakian’s outrageous unconstitutional decree. Aaron said publicly that he believes marriage is between one man and one woman. http://bit.ly/1K9kxZv

Allow me to clarify an important point. It is being spun that the Kleins refuse to serve homosexuals. Not true. The lesbian plaintiff is a longtime customer of the Klein’s bakery. When asked to bake a cake for her wedding to a woman, the Klein’s had to decline to remain true to their religious conscience.

Brad Avakian is Oregon’s Bureau of Labor & Industries Commissioner who has decreed that for not betraying their Christian faith, Aaron and Melisa Klein must pay a lesbian couple $135k in damages. Folks, check out this kangaroo court list of alleged damages – “acute loss of confidence,” “high blood pressure,” “migraine headaches,” “pale and sick at home after work,” “resumption of smoke habit,” “weight gain,” and “worry.” No folks, this is not the script of a SNL or Comedy Central skit. This absurd list of alleged damages is real. http://fxn.ws/1D1r17x

Though the minister reported that Christians are praying about the Left’s bullying rather than outwardly protesting, I suspect another reason for Christians’ silence is intimidation. A tactic of the Left is to brand all opposition hate which sends many running to the tall grass in fear.

For example, I proposed patriots coming to Oregon for a rally expressing massive support of the Kleins. Numerous “smart people” cautioned me not to do such a rally because the Left will call it a hate rally.

Okay, so we should allow Christians/Americans to be bullied because the evil bias mainstream media, Democrats and other Leftists will gang up on us and call us names?

Folks, in case you have not noticed, this Leftist invasive army marching across our country occupying everything in sight has gotten out of hand. For crying out loud, the Left wants to ban the term, “husband and wife”. http://bit.ly/1I5PEYg

Lincoln Nebraska schools will no longer refer to the kids as boys and girls because it is not gender inclusive. They must be called “purple penguins.” http://fxn.ws/1HiJ9LS

A shocking video exposed that Planned Parenthood is harvesting and selling aborted baby body parts. While sipping red wine and eating a salad, an abortion doctor was caught cavalierly explaining how they are careful not to crush the most prized body parts. She, disrespectful of human life, mentioned recently doing a “17 week-er” (aborted a 17 week old baby). Disturbed by her callousness, Dr Ben Carson said at 17 weeks a baby is responsive to its environment. Shamefully, the Left rallied to defend the stone-cold abortionist while demonizing the people who exposed the evil scandal. http://bit.ly/1HybJeu Dr Carson said it is tragic that opposition to a woman killing her baby is deemed (by Leftists) hate for women.

We are fast approaching the day when Christian ministers who preach the Bible will be arrested. http://bit.ly/1gDP9s5

Pushing back against the Left’s tyrannical evil is not easy and could cost you everything.