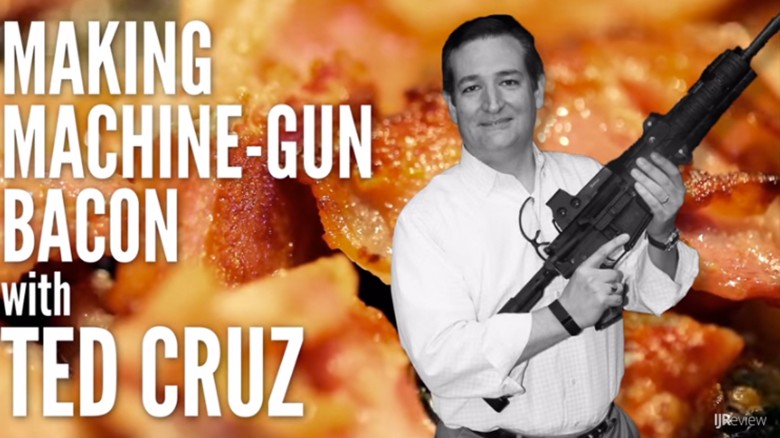 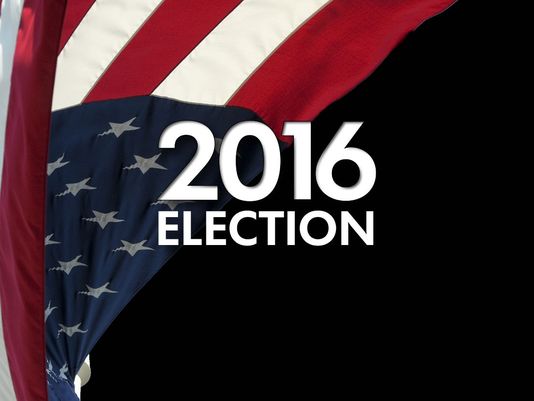 Every week on Monday morning, the Council and our invited guests weigh in at the Watcher’s Forum with short takes on a major issue of the day, the culture or daily living. This week’s question: What Are The 5 Most Important Issues To You In The Coming Election?

The Independent Sentinel: We need a president who will vacate all executive orders, memos, guidance issuances and every other misery Barack Obama put into place.

The new president needs to declaw the government agencies starting with the firing of the left-wingers fundamentally transforming us.

It’s in a way too late, but the nuclear deal needs to go. Treaty powers need to be restored and perhaps legislation needs to be passed that prevents these abuses by another Imperial President.

The military needs to be brought back up to par and the new president has to try to repair relations with allies and dump the communists and Fascists.

We need a president with an economic plan that doesn’t involve redistribution and over-investment in the exaggerated so-called science of climate change. We need to shrink the welfare state and get people back to work via the free market.

That is more than five but there are so many things wrong. Mostly we need a president who can restore our self-respect and unite us again. My concern isn’t what the socialists in the EU or what the fascists in the UN think of us, I care what we think of ourselves.

2. Rebuilding our Defenses, Military. Thanks to Barack Obama, who has weakened our defenses, those who would have thought twice about attacking us eight years ago, no longer fear or respect us.

3. Reigning in the government PERIOD. From overreach, regulations to spending

5. Education – parental control. Let the parents make the decisions, not bureaucrats and unions.

JoshuaPundit: My issues are as follows… and I’m fully aware that few politicians will be honest enough to actually discuss them in real terms with voters.

First, we need actual reform on both legal and illegal migration. This issue affects many of the others. I see it as encompassing real control of our borders, both physically and legally, and a return to the realization that immigration is a privilege extended by a sovereign state, not a ‘right.’ The diversity visas need to be ended and simple points system evolved for legal migration that applies to everyone…and because of the abuses of the last 8 years, criteria for rescinding the green cards of those whom do not meet this criteria. Illegal migrants likewise need to be compelled to register so that individual cases can be evaluated and a decision made on their continued legal residence based on criteria such as crime records, knowledge of English, employment, family members or employers willingness to be guarantors so the illegal migrants do not become public charges, etc.

Abuse of the H1B visas that have kept wages static for years in many industries needs to be stopped, and all decisions on new immigration subject to the effect on American workers already here. To my knowledge, the only presidential candidates whom have addressed this sensibly are Mike Huckabee, Scott Walker, Ted Cruz and Jim Webb.

Second, we need major reform of the tax code and a downsizing of the IRS. The entire tax code, in my opinion, needs to be rewritten so that all Americans pay taxes. I favor a design that simplifies the laws substantially, provides for perhaps 3 brackets for both personal and corporate income taxes,  eliminates most deductions and lowers rates. This approach would have enormous benefits.

The lower rates would actually increase revenues, as the increased money available to be spent or invested would generate other financial activity which could then be taxed. Most Americans whom work for wages wouldn’t even have to bother filing taxes, as they would be automatically deducted as they are now. Self employed persons could pay quarterly as many do now, simply providing 1099’s and a check, or those employed by corporations or doing work for hire like actors or musicians could have their taxes deducted by these corporations on their behalf.

A lowering of corporate taxation and a simplified tax code would also encourage domestic and (along with a genteel hint about possible tariffs)  foreign investment. You would once again see good paying blue collar jobs in America, and a far better balance of trade. This is exactly what happened with Japan in the1980’s and is why many ‘Japanese’ cars are now built by American workers in places like Kentucky and Ohio.

Third, we need to revamp the Civil Service rules. It’s all very well to rant about Big Government and the elimination of whole departments, but while that kind of bolshoi is a nifty applause line, reality is a different matter. For one thing, our courts in their wisdom have ruled that government employees have a property right to their jobs and it costs a large amount of time and money to fire anyone. Massive layoffs result in decreased  economic activity. While it might be nice to imagine that arrogant Uncivil Servant flipping burgers instead of sneering at you, the reality is that, multiplied by hundreds of thousands, his or her new salary as opposed to the $60K he  or she used to make affects everybody’s bottom line. And the byzantine regs of the civil service rules with their minutiae of job classifications limits what jobs people may do and where they can be transferred.Change that, and you can transfer workers where they’re needed and gradually shut down or even change the mission of various government departments and gradually downsize government by attrition.

Fourth, we to deal with our youth and our culture. America is full of kids with no fathers and no future beyond immediate gratification or maybe lucking into a coveted corner to sell crack on. They have no skills and no jobs, and even more importantly, many of them have no clue how to behave if they did. We need a wide spread government program to get these kids out of their environment and into better things. For some of them, this might mean apprenticeship programs involving private industry or even the military to teach them a trade. For others, it might mean jobs combined with room and board working at building up America’s infrastructure, and things like helping to fight fires or similar projects. In all cases, part of the game would be instructing them in America’s history and culture and teaching them to take pride in it.

For the same reason, school choice is absolutely essential. So is eliminating public employee unions or at least open shopping them.

Fifth, we need a president who understands strategic thinking and our military. This year, the Army failed to meet its recruiting goals. After all, with the involuntary mass layoffs, unsafe recruiting stations, the VA scandals, the current war on Christianity, the PC uber alles atmosphere and the likes of Barack Hussein Obama as commander in chief, is it any wonder?

We once had a Federal office known as the Director Of Civilian Marksmanship. His job? Working with the NRA and similar groups to ensure that America’s youth were taught gun safety and shooting skills. He also saw to it that surplus military rifles were sold and distributed to them, as well as to ROTC programs around the nation. This was back in the days when kids received that first .22 from Dad and early lessons on how to use it safely…back when Dad still lived at home.

The result was that kids learned early about respect for  guns, and you didn’t see the mass shootings we have now. Plus, if America needed them, they were ready to go and a lot of them already knew how to shoot pretty well, I’d love to see that happen again, through the NRA and Jr. military programs like the Marine Corp’s Devil Pups. That’s how you rebuild a military culture.

For the past eight years, aside from having a president with little respect for our military except as  props and photo-ops, we have also had one whom has been an utter failure at strategic thinking. What that means is that you nurture and support alliances in strategic areas and horse trade with the bad guys from a position of strength, not weakness. Or, as Ronald Reagan once said, “We win, they lose.”

Laura Rambeau Lee, Right Reason: The five most important issues to me in the coming election are, in order from fifth to first:

4. Reining in overreaching and unconstitutional regulatory agencies such as the EPA and the CFPB

And the number one issue most important to me:

EDUCATION. It is imperative that we, as a people and nation, understand the damage already done by progressives who infiltrated our education system. It began in the 1960s at the university level, but today the indoctrination begins in pre-K and continues through elementary, middle, and high school. You see it in our youth who have already accepted the socialist doctrine as preferable to our republican form of government.

3. Help Americans believe in a future which includes a great America after rebuilding our military strength around the world.

4. Fixing American Healthcare with an actual plan to repeal and replace ObamaCare.

5. Overhaul the Education system and restore the power of parents, states and the U.S. Constitution.

The instruction ebook for the hijrah.

The following alert related to “Middle-Eastern males” approaching military family members was obtained from the website of a veterans advocacy organization.  A force protection advisory that was released by the Washington National Guard & Military Department days later describes a similar incident that occurred in Washington.

(U//FOUO) In May 2015, the wife of a US military member was approached in front of her home by two Middle-Eastern males. The men stated that she was the wife of a US interrogator. When she denied their claims, the men laughed. The two men left the area in a dark-colored, four-door sedan with two other Middle-Eastern males in the vehicle. The woman had observed the vehicle in the neighborhood on previous occasions.

(U//FOUO) Similar incidents in Wyoming have been reported to the FBI throughout June 2015. On numerous occasions, family members of military personnel were confronted by Middle-Eastern males in front of their homes. The males have attempted to obtain personal information about the military member and family members through intimidation. The family members have reported feeling scared.

(U//FOUO) To date, the men have not been identified and it is not known if all the incidents involve the same Middle-Eastern males. If you have any information that may assist the FBI in identifying these individuals, or reporting concerning additional incidents; in Colorado please contact the FBI Fort Collins Resident Agency at 970-663-1028

The .pdf of the official document is here.