Puma By Design: I nominate RedState’s, Erik Erickson, for Weasel of the Week.

His actions led to an uproar on social media and beneath the comment section of his post.

Erickson in his post laid out his rationale for disinviting Trump, alluding to the fact that Trump is a “non-professional politician” and a “blunt talker” only to expose himself later in the post:

The other day, we sent out the agenda for the RedState Gathering. The file had been saved with the “final” tag and the Washington sent it out. But it still had Governor Deal on the agenda and it did not have Donald Trump on it. Obviously, it wasn’t the final.

So, then Erickson never really invited Trump? Trump was not invited. Or he was invited and Redstate just waited anticipating the moment and opportunity to disinvite?

As time went on, RedState found itself inundated with comments from an endless wave of outraged voters.

How did RedState, a so-called Conservative website respond? They responded by deleting comments and when that didn’t slow down the wave of his displeased readers directing their comments to Erickson, the moderator closed the comments section.

Throughout the RedState Gathering, a snarky Erickson read angry tweets that were directed at RedState. In addition, Erickson responded to tweets on social media, but the tone of Erickson’s tweets gave one the impression that Erick Erickson was working overtime to cover himself.

Then we learn a day and a half later that Erick Erickson intentionally failed to extend an invitation to Dr. Benjamin Carson. Again, the rationale for not inviting Carson, seen by Erickson as another “non-professional politician,” much like the excuse for disinviting Trump does not hold water.

According to Breitbart, Erickson allegedly attended two events where Carson was speaking before a group of veterans. According to Erickson, Carson spoke only of himself and Barack Obama, failing to acknowledge the concerns or struggles of our vets. Then he went on to blame failure to invite Carson to the RedState Gather on the fact that there were limited slots available.

“I was at two different events for military non-profits in the last year,” Erickson stated. “They were non-profits that had asked Dr. Carson to speak about military veterans and the work he did with the disabled and both times he spent the entire time talking about himself and his battle with the president and it just struck me wrong. And when we were putting together a list of RedState speakers we had a limited selection and I chose not to put Dr. Carson on the list unless the other spots didn’t fill up. The other spots filled up, so I didn’t ask him. I was impressed with his debate performance the other night and his closing statement but I just, it left a bad taste in my mouth.”

Okay, if the reason for not inviting Ben Carson had to do with limited slots being available, Erickson could have very well remedied that situation after disinviting Trump, but he made no effort to because he had no intention of inviting Carson in the first place.

Erickson is obviously overlooking the fact that “professional politicians” is how this country got so screwed up in the first place.

Erickson is colluding with the media (Fox) and the GOP leadership to bring out long-term results unfavorable to the American people and for that, I nominate Erick Erickson for Weasel of the Week.

The Right Planet: While there were plenty of candidates for Weasel this week, I’m going to have to give the crown to RedState’s Erick Erickson; who rescinded invitations to speak at a RedState event for GOP presidential candidates to both Donald Trump and Ben Carson. Now, let me just say that I’m not on the Trump bandwagon. I’m not trying to defend Trump. I have some serious reservations about Donald Trump. With that being said, Erickson apparently took umbrage with Trump’s comments about Megyn Kelly as “a bridge too far.” This is coming from the same guy who was praising Trump’s retorts to Rosie O’Donnell not too long ago. It’s also the same guy who once tweeted, that with the retirement of Justice David Souter,  America had lost “the only goat-f*cking child molester to ever serve on the Supreme Court.” Some of Erickson’s own views on women have left a bad taste in few people’s mouths as well. Furthermore, Trump’s “on her knees” comment that Megyn Kelly grilled him on at the GOP debate appears to have been taken completely out of context, from what I can gather. This really smacks of gross hypocrisy.

Erickson also calls Ben Carson a “non-professional politician”; and defended his un-invite by claiming Carson “spent the entire time talking about himself and his battle with the president” during a veteran’s event he attended. Apparently, Erick Erickson and the Fox News moderators have decided to act as the gatekeepers. Are we going to let the media or the voters pick our candidates? 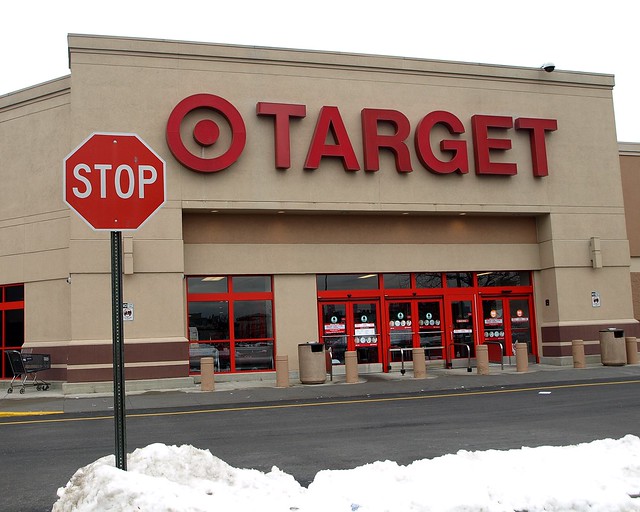 The Noisy Room: My nomination this week is Target. More political correctness insanity rears its hoary head. This time Target has claimed that there has been a massive outcry that they remove gender references from toys and bedding. I just don’t believe there are millions of Americans crying out for this. If they are under pressure, it is a small radical, vocal minority. More likely it is a combination of pressure from the Obama Administration and Liberals among the upper echelons of their internal leadership. Kid’s clothing will still be separated and labeled by gender for the simple reason that sizing dictates it. But they’ll find a way around that before long and go to some stupid universal sizing code. You watch. This is just ridiculous. Little girls can no longer just be girls and God forbid that a little boy would just be a boy growing into a man. No – we are all transgenders now.

Our culture is not evolving – it’s twisting and disappearing. Home and entertainment is also being ‘de-genderized.’ I’m literally running out of places to shop these days over all this political correctness crap. I find myself shopping more and more through Amazon.com where at least I’m not subjected to this PC torture. I don’t want all of society to be the same, bland vanilla stereotype. We are allowing Progressive tyrants to paint us all with the same brush and herd us into one big controllable corral. People will ditch Target over this. I’m one of them. They can take their gender-neutral society and stuff it. This will not end well. For pushing Marxist propaganda for the Obama Administration, Target gets the nod for Golden Weasel this week. 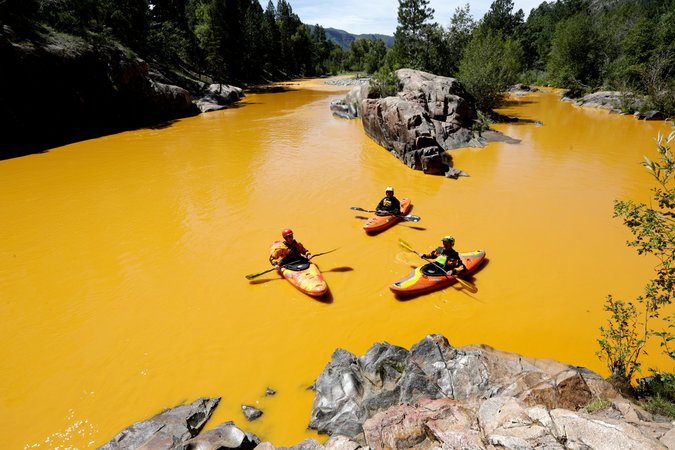 JoshuaPundit: When they’re not killing jobs and raising energy prices by killing coal or driving businesses overseas because of insane, arcane regulations, the Environmental Protection Agency does  a pretty good job of polluting….and breaking the law by trying to cover it up.

The Animas River in Southwestern Colorado in not only a major source of water and the aquifer in the area, but a wonderful recreation area and a prime environment for fish and wild life. Now, thanks to the EPA, its a polluted mess.

Obama’s environmental commissars were nosing around and ‘accidentally’ – it’s been difficult to get a straight answer on exactly what happened – broke into an abandoned mine and released a huge amount of chemical-laced water…that flowed right into the Animas River.

It appears that someone, believe it or not, used a backhoe to move some debris out of the way rather than removing it more carefully, since it was known there was water in the abandoned gold mine.

Even worse was that the EPA attempted to cover it up, at first saying it was just a minor spill and then finally admitting it amounted to over 3 million gallons. There have also been no answers about why the EPA took so long to repair the breech.

Fortunately the local authorities were able to keep the polluted mess, which contains
arsenic, lead and other metals out of the city of Durango’s main reservoir, but wells and groundwater will definitely be affected.The polluted water has traveled down to New Mexico and to the Navajo Nation’s reservation.

Durango and and La Plata County have declared states of emergency, and there’s now a potential water shortage.

The Weaselness comes from the EPA’s attempt to cover up what happened and shift the blame to the owner of the long abandoned mine for a catastrophe the EPA caused. Particularly odious was the E.P.A.’s regional director, Shaun McGrath, who led the charge, but he was just a Good German following orders. We all know that had a private company done something like this, the Obama Regime would be calling for their heads.