Once again, it’s time for the Watcher’s Council’s ‘Weasel Of The Week’ nominations, where we pick our choices to compete for the award of the famed Golden Weasel to a public figure who particularly deserves to be slimed and mocked for his or her dastardly deeds during the week. Every Tuesday morning, tune in for the Weasel of the Week nominations!

The Noisy Room: Does it get any more disgusting than Rosie O’Donnell? Just sayin’. As Mark Steyn put it, if it bleeds, it leads. O’Donnell came out in defense of Megyn Kelly after Donald Trump made a comment about her ‘blood coming out of wherever.’ Never mind that he did not mean to reference that time of the month, the right and the left have run with that meme in a frenzied attack on the man. It’s gross. But Rosie doubles down on this whole bloody mess and grosses everyone out to no end with, “I’d like to take my period blood I no longer have and write, ‘you’re all assh—s,” she said. “I’d like to smear it all over some people’s faces.” She needs to shut up and go away just like her monthlies have.

O’Donnell is hoping to take Trump out with a tampon, or lack there of. Pathetic. This doesn’t have a damned thing to do with the war on women. And while O’Donnell vaguely qualifies as such, I take offense at her offense. Somehow, as Mark Steyn brilliantly put it, I doubt that the Republican Party’s leading presidential candidate will be taken out by an intercontinental ballistic tampon. Or by the likes of some shrill harpie like Rosie O’Donnell, who will do anything to become relevant one last time. Even if involves the Liberal menstrual show and making herself an even bigger laughing stock, if that is possible. If it bleeds, it leads and if it comes out of the pie hole of Rosie O’Donnell, you can count on it being bloody awful.

Puma By Design: My choice for Weasel of the Week is GOP establishment pundit, Cheri Jacobus, who has unleashed a nasty attack against Breitbart’s John Nolte and Conservative voters that support Donald Trump labeling Trump supporters low information voters and stupid.

Jacobus who is the third GOP strategist to attack the Republican Party base in the past three (3) days, using the same talking points, has been in the business for three decades.

Jacobus is of the mindset that she knows better than the little people, so it is lost on her that what she brings to the Republican Party while a valuable asset for the GOP leadership is meaningless to the American voter. (sarcasm).

We now have a second top Republican consultant who appears to believe that trashing voters is the way to win elections. Cheri Jacobus, a consultant and cable television pundit, ripped into yours truly on Twitter over my criticism of Gollum-In-Glasses Rick Wilson (which is fine — I enjoy infighting). What is not okay is Jacobus recklessly hurling demeaning insults at voters…

Attacking me is fair game.

What, though, is the possible strategy behind attacking and marginalizing the very voters we need to defeat Hillary Clinton in 2016…

The Republican base is stirred up but not for the candidate ordained worthy to become POTUS45 by the GOP leadership; and so since all other efforts to take down Trump has failed, GOP pundits, Fox News who is veering left are out in full force shamelessly lambasting the base while placing on display theirs and the GOP establishment’s contempt for “stupid American voters.”

Lastly, it is obvious that these attacks on Trump supporters are so much more. These attacks are a message to every Republican voter who supports not only a non-professional politician but any other candidate except Jeb Bush.

The Independent Sentinel: John Kerry is a weasel for raising the US flag over the embassy in Cuba during a much-publicized ceremony and not insisting on an invitation being extended to the dissidents. The ceremony was nothing more than a propaganda event for the communists. 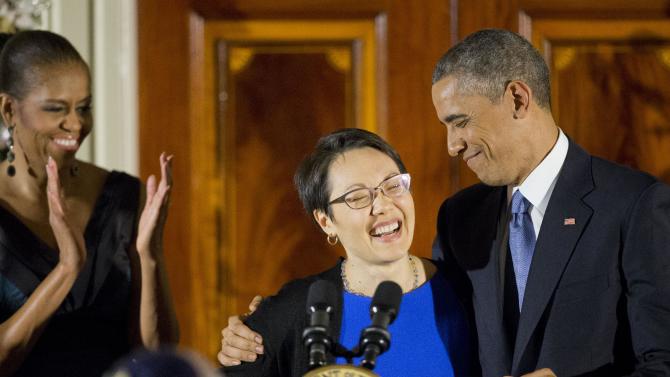 The Ever Servile Rabbis For Obama

JoshuaPundit: Recently, 340 rabbis signed a letter praising President Obama for his Iran deal, castigating Jews whom opposed it and urging their fellow Jews to get behind the president and lobby their representatives in Congress.

I know some of these rabbis by repute and the stench was familiar, so I did some research. This group has several things in common. They are almost all rabbis from the Reform, Reconstructionist and mis-named Conservative denominations. They all endorse far Left politics and are almost all highly critical of Israel on a regular basis.And the vast majority (about 70%) are associated with J-Street,with some of them sitting on the board. Others are associated with groups like  A Jewish Voice For Peace, and  Peace Now. Virtually all of them are now or were members of Rabbis for Obama. It’s hard to tell whose still on board now because Organizing for America has removed the list, but based on who was a member back in 2012, I’m assuming it hasn’t changed much. Needless to say, when this is mentioned in the media these associations are never part of the  story.

President Obama has been criticized  even by a number of Jews on the Left for trying to sell his Iran deal by  raising what amount to anti-semitic themes of dual loyalty, of ‘Jewish money’ and lobbyists seeking to buy congress, even of Jewish ‘neocons who got us into war in Iraq’ seeing to get America into war ‘for Israel.’

The sort of people whom signed this letter could care less.  They made a decision a long time ago to act as a cover for this president’s anti-Israel policies (which is precisely why he and George Soros funded and formed J Street), and to continue to worship at the feet of their Idol. People can disagree on politics, but the self-hatred and servile willingness to be used as tools nauseates me, even though this is old news and essentially how they’ve behaved for a long time. The stakes just seem higher now.

Even more ironic is that the recognition and redemption they’re seeking from their Idol isn’t forthcoming, But the contempt is certainly obvious. President Obama’s choice to lobby black churches for the Iran deal? None other than his close associate and frequent guest at the White House Al Sharpton, one of America’s worst anti-semites, someone whom even incited a pogrom against Jews in Crown Heights.