Michigan is the #1 per-capita “receiving community” for refugees even though we have Dearborn, the #2 city on the US Terror List, in our midst. We are being “fundamentally transformed” at the highest rate of any state and face the greatest financial and security risk.

Learn about the Refugee Resettlement racket and how it threatens Michigan.

Listen to the Podcast of the August 19th Mike Hewitt Show on News/Talk Muskegon WKBZ-AM with Jim Simpson  , author of

For the Rest of the Story – the alarming details of the 40 Michigan towns that are right now receiving delivery of  4000 refugees from 27 countries without local knowledge or involvement,

Listen Live to the Mike Hewitt Show on Wednesday August 26th at 9:20 AM. 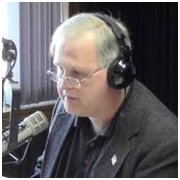 Each Michigan taxpayer is on-the-hook for ongoing state and local welfare payments mandated for all refugees, in addition to the federal tax funding of the UPS-like refugee pickup and delivery operation mandated by the UN and the US State Department and carried-out by nine federal contractors whose names and associations will shock you.

In the Detroit metro area,

to learn even more about the flood of refugees into SE Michigan, plus the less-than-honorable motives of the refugee industry, as well as, the terror that typically runs rampant with unassimilated enclaves of people with totally different value systems:

The Red-Green Axis: Refugees, Immigration & the Agenda to Erase America

Finally, in the Ann Arbor/Dearborn area,

Listen Live to The Abolitionists Roundtable on WAAM

Del Marsh and Phil Stargell will host their own discussion with Jim Simpson.

Why the radio blitz? Listen in – decide for yourself!

Do we have an impending emergency?

If you do decide to join us as a “pocket of resistance,”

Register here with Jim Simpson at the Center for Security Policy.