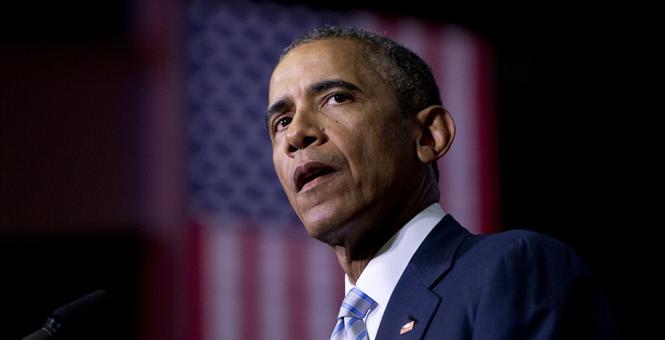 Every week on Monday morning, the Council and our invited guests weigh in at the Watcher’s Forum with short takes on a major issue of the day, the culture or daily living. This week’s question: Can America Recover from Barack Obama?

Don Surber: Yes. I have full faith in America, the Greatest Land Of All. We survived Ca’ta’

Greg, Rhymes With Right: I’m not sure. Ask me after the election in November of 2016. If we have President Clinton, President Sanders, or President Trump taking office in 2017, then America is truly in decline. A strong leader on the right (or at least the center-right) might allow us the chance to recover from the damage done by Obama, just as Reagan undid the damage left in the wake of Jimmy Carter and his immediate predecessors.

Maggie’s Notebook: Yes, if we elect a president brave enough to undo the lawlessness. To do this, every Cabinet member must be willing to clean house, and take care of the business of undoing the lawlessness. A president can’t do it by himself/herself. Until we see the results of the 2016 elections, we cannot say we trust the voters to demand the Republic we inherited.

JoshuaPundit: Most people whom know me consider me an optimist. But on this question, I’d have to say that it’s up in the air. Two quotes come to mind. Rush Limbaugh famously said in March of 2012 that “I think that the country could survive four more years of Obama, but I don’t believe the country can survive in a country full of people who would re-elect him.”

That’s a key point. Barack Hussein Obama is merely the embodiment, the steroid if you will of our current predicament.

At this point, not only the attitudes but the very electorate is being changed to accept the corruption of our every institution – the military,  our schools, our judiciary, our morals and of course, our Constitution.

Our children today aren’t taught about the awesome greatness of our nation, its heroes and heroines and the amazing men and women whom built it, but that America is a racist, hateful,  ‘downright mean country’  that must pay sin offerings in perpetuity.And the country is being swamped by those whom consider themselves entitled to those offerings, just because.

The American people, whom once demanded at least a show of honesty and propriety from officeholders now simply shrug at the widespread dishonesty and lawlessness. Having been lied to again and again by those promising reform, seeing the well connected caught in wrongdoing get off free again and again, many of them have adopted an almost Soviet mindset and now simply try to keep the bureaucratzia at arms length and  scrounge what they can from the system.

America has changed. I can feel it.

Will we recover? Here’s that second quote, from that student of American character, Sir Winston Churchill: “You can always depend on the American people to do the right thing – eventually.”

Will we? And will the ‘right thing’ be a return to the principles of our Republic? We’ll see. But I feel it in my bones that a reckoning is in store for America along the way.

The Right Planet: I suppose anything is possible. My concern is we have a couple of “lost generations” that seem to have forgotten, or choose not to learn, from the very bitter lessons of the past. I really hate making predictions. But I don’t think this is going to end well. I just know too many people who are completely disengaged. And some of them are fine people. They’re just disengaged. Comfort and ease trumps all. I’m afraid this just can’t end well. I think it’s going to get worse, much worse, before it gets better. Just my $.02. And on that cheery note, I’ll yield the rest of my time.

The Glittering Eye: Of course. In the total scheme of things Barack Obama is small potatoes. America can survive him easily.

I’m not so sure we can survive the abandoning of traditional American values and beliefs. If we abandon teaching the Declaration of Independence, Ben Franklin, Parson Weems, Ralph Waldo Emerson, Lincoln’s Second Inaugural, and Walt Whitman because they’re old dead white guys we may also lose the values of honesty, honor, decency, hard work, self-sufficiency, and self-determination that they advocated.

Laura Rambeau Lee, Right Reason: While President Obama has absolutely fast tracked the decline of America as we knew it, it would be foolish to blame everything that has happened on him alone, or that is has happened only since he became president. We must recall the events behind the rise of the Tea Party. Perhaps the average American was not aware at the time, but many people in the business knew of the imminent housing collapse due to continued lowering of underwriting guidelines which permitted people to qualify to purchase houses knowing full well they could not afford them. The wake-up call and what spurred the American people to rise up was TARP, the Troubled Assets Relief Program, which was passed in October 2008 under President George W. Bush. Although he and other Republicans said they warned of the problems with such lending practices they did not take any actions which might have stopped it.

That seven hundred billion dollar bank and auto industry bailout was what spurred everyday Americans to form grassroots groups to protest the confiscatory theft of our tax money and borrow on our future earnings to bail out banks, which in a true capitalist society should have gone bankrupt.

We have researched, studied, educated ourselves and shared information through the internet and social media with people all over the nation and across the globe. We have gone back to our founding fathers and sought to understand the ideas upon which our country was formed and determined to take America back from the progressives, socialists and Marxists in our government and in our country.

Many were awakened before he assumed office, and many more have realized we are losing our republic since he took office. We must realize when he is gone there will still be people and powers behind the scenes continuing the destruction, and not just those with a D after their name. America is exceptional and freedom is in our blood. America can and will recover from Barack Obama.

2 thoughts on “Forum: Can America Recover from Barack Obama?”