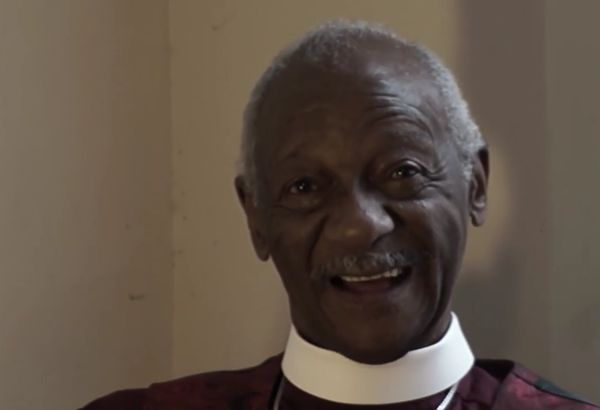 The Bible promises, “Let us not grow weary in well doing, for in due time we will reap a harvest.” Folks, I don’t know about you, but I do grow weary. More pundits are acknowledging that Obama is the worst, evil and radial leftist president in U.S. History. My frustration is no one is stopping him from behaving like a lawless banana republic ruler, transforming our once great nation and corrupting the thinking of our youths. God’s promise of reaping a harvest keeps me strong in the battle for the heart and soul of my country.

Borrowing a line from the Dickens novel, “It was the best of times, it was the worst of times.” In the midst of witnessing my America becoming Sodom and Gomorrah, I just completed a wonderful project honoring and preserving the legacy of my 87 year old black dad.

At 87, Dad is as mentally sharp as ever. It occurred to me the importance of preserving Dad on video for future generations. Mom passed 20 years ago. Unfortunately, many of Mom’s grand-kids never experienced her other than in pictures.

Dad sang in gospel quartets as far back as I can remember, but never recorded. So, I wanted to capture Dad singing on a recording. I approached music producer Earl (Luther B) Baker to arrange an upbeat version of the classic, “What A Friend We Have In Jesus” for Dad to record along with his five kids (me and my four younger siblings).

Though, I never said it out loud, I was concerned. Was it too late in Dad’s life? At 87, could he still sing? Despite it being his first time recording and his age, Dad delivered a passionate soul-stirring performance in one take.

Dad named our singing group, “Daddy and the Marcus Five.” I proudly present this music video of us performing, “What A Friend We Have in Jesus.” http://bit.ly/1WKNxfZ

The second part of my project honoring Dad was a video taped exclusive interview with Dr Lloyd E. Marcus; capturing a bit of family history, Dad’s character and wisdom. http://bit.ly/1MaZpVp

In the interview, Dad gave the humiliating details of being among a handful of blacks who broke the color barrier in the 1950s to become Baltimore City firefighters. He explains how he won Firefighter of the Year two times. Dad later became Baltimore’s first black paramedic and first black fire department Chaplin.

Keep in mind folks, this was the 1950s in which racism against blacks truly was an issue. And yet, whenever a door opened for blacks, Dad prepared himself, applied and walked through it. This is how he achieved so many firsts; among the first black firefighters, first black paramedic and first black fire department Chaplin. He never sought special concessions or lowered standards due to his race. All Dad asked for was an opportunity to compete.

Dad chuckled while telling me this story. In the late 1950s, an exclusive white country club offered free memberships to Baltimore City firefighters. Dad read about it and showed up with his fire department credentials and two of my younger brothers. Taken aback that dad was black, the club had to admit him. Dad said all the white people got out of the swimming pool when he and my brothers got in. Still, Dad took my brothers to the club regularly. Eventually, whites started swimming with them in the pool. Joining the country club was another example of Dad walking through an opened door.

When Dad first became a Baltimore City firefighter, our family (my parents, four younger siblings and I) was still living on the sixth floor of an 11 store high-rise in the projects (government housing). I was around 9 or 10 years old.

Firefighters were required to wear their uniform to work. Watching Dad prepare to go to work taught me excellence without him saying a word; highly shined shoes, polished brass and a crisp starched shirt with a tie. I remember the pride I felt watching Dad walking through the neighborhood on his way to the firehouse (Engine 6). The image still bring a tear to my eye.

Both the music video and interview with my dad have gotten rave reviews from most of the millennials in my family. I pray that they absorb the valuable lesson of Dad’s remarkable life which is America is the greatest land of opportunity on the planet for all who choose to go for it. Ignore Democrats and liberal’s lie that white America is out to destroy and murder blacks. Simply prepare yourself, make right decisions and go for your dreams.

Sadly, a handful of millennials in my family remain bewitched with idolatry for Obama. They perceive me as their traitorous Uncle Tom uncle.

Unquestionably, I know I was divinely inspired to produce the music video and interview honoring my dad and preserving his legacy. Thus, I place the impact of both in God’s hands.