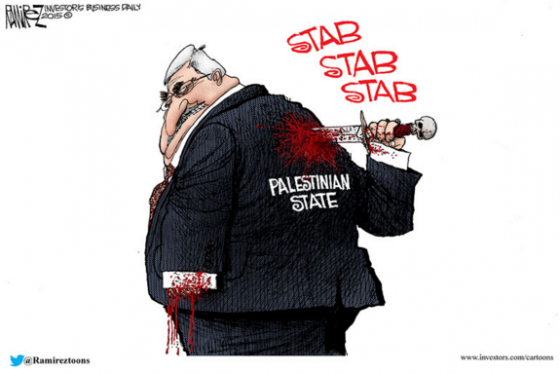 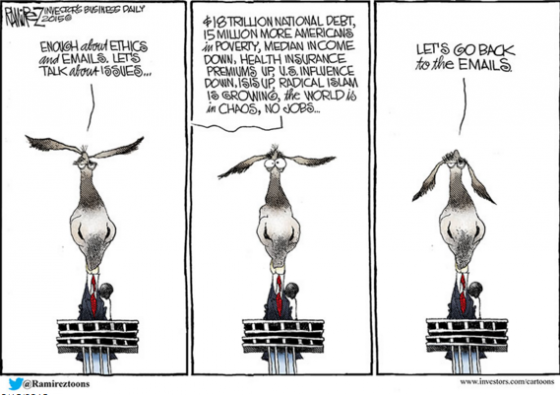 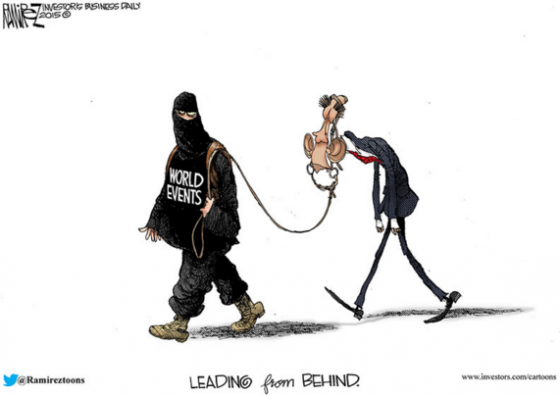 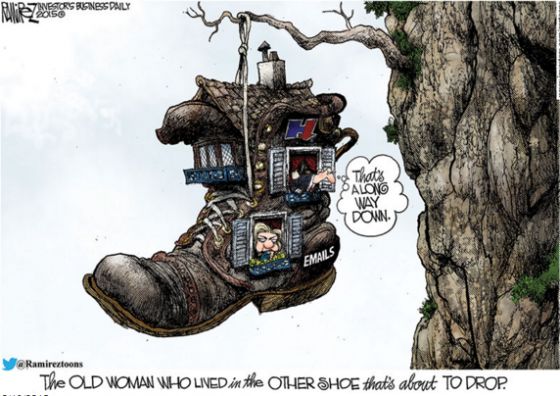 Israelis are being stabbed, bombed, run over and stoned, yet this council remains silent. Instead of educating about peace and tolerance, the Palestinian leadership is brainwashing children with incitement and hate. – Israel’s UN Ambassador Danny Danon

Each drop of blood that was spilled in Jerusalem is pure blood as long as it’s for the sake of Allah. Every shahid (martyr) will be in heaven and every wounded person will be rewarded, by Allah’s will….Al-Aksa is ours and so is the Church of the Holy Sepulchre. They (Jews) have no right to desecrate them with their filthy feet. We won’t allow them to do so and we will do whatever we can to defend Jerusalem. – Mahmoud Abbas, inciting violence on Official Palestinian Authority TV.

The wave of terrorism that we are experiencing in Jerusalem is brutal and cruel. Inflammatory incitement and lies from mosques, Palestinian leaders and the Islamic Movement are resulting in the murder of innocent civilians, and terror in the streets of Jerusalem that attempts to disrupt our daily routine. To our shock and horror, there is no limit to the cruelty of murderers who use meat cleavers and kitchen knives to attack innocent young children on bikes on their way home from school. We Jerusalemites are strong, united and determined. We have survived harder times and overcome them. – Nir Birkat, Mayor of Jerusalem

Jerusalem is united. it will never be divided again. – Yitzhak Rabin

This week’s winning essay, Bookworm Room’s Let’s talk about the bloodshed in Israel, is a heart rending look at how much of the ‘international community’ is at best ignoring and at worst encouraging terrorism against Jews in Jerusalem. Here’s a slice:

Those who consume only the mainstream media do not know what’s going on in Israel. The media is lying to America through selectively presented news. News reports are careful to lead with headlines about Palestinians killed or wounded, only mentioning deep in the article that Palestinians met these misfortunes only after they tried to slaughter Jews. Bret Stephens says it best:

If you’ve been following the news from Israel, you might have the impression that “violence” is killing a lot of people. As in this headline: “Palestinian Killed As Violence Continues.” Or this first paragraph: “Violence and bloodshed radiating outward from flash points in Jerusalem and the West Bank appear to be shifting gears and expanding, with Gaza increasingly drawn in.”

Read further, and you might also get a sense of who, according to Western media, is perpetrating “violence.” As in: “Two Palestinian Teenagers Shot by Israeli Police,” according to one headline. Or: “Israeli Retaliatory Strike in Gaza Kills Woman and Child, Palestinians Say,” according to another.

Such was the media’s way of describing two weeks of Palestinian assaults that began when Hamas killed a Jewish couple as they were driving with their four children in the northern West Bank. Two days later, a Palestinian teenager stabbed two Israelis to death in Jerusalem’s Old City, and also slashed a woman and a 2-year-old boy. Hours later, another knife-wielding Palestinian was shot and killed by Israeli police after he slashed a 15-year-old Israeli boy in the chest and back.

Other Palestinian attacks include the stabbing of two elderly Israeli men and an assault with a vegetable peeler on a 14-year-old. On Sunday, an Arab-Israeli man ran over a 19-year-old female soldier at a bus stop, then got out of his car, stabbed her, and attacked two men and a 14-year-old girl. Several attacks have been carried out by women, including a failed suicide bombing.

What’s going on is a fraud against Americans’ knowledge and intelligence, as well as against their ability to participate properly in our representative democracy.

Two videos emerged from Israel today which give just a feel of the violence ripping through that small, pluralist, democratic, quite civilized little country:

WATCH: Raw footage of the moment of terror when a Palestinian attacks two Israeli security officials. Israel has faced a wave of stabbings this week — but the world is silent. Israeli civilians and officers are left alone to defend themselves and each other. —> Demand action against Palestinian terror. Add your name at IsraelIsUnderAttack.com

(If the above video doesn’t load, view it here.)

WARNING: Graphic contentThis morning, a terrorist went on a violent rampage in Jerusalem with a vehicle and a butcher’s knife. This is the danger we face. This is the result of Palestinian incitement.

(If the above video doesn’t load, view it here.)

And where is Obama?

Dumisani Washington, who is not Jewish but supports Israel, has the answer:

Did you read/see the President’s statement condemning the Arab Palestinian violence and murdering of Jews in Israel?Me neither. #RebuketheOppressor

Incidentally, the use of the knife, and the world’s silence, are not new.

In our non-Council category, the winner was the one and only Mark Steyn – The Uncowardly Lioness submitted by Fausta’s Blog. It is a wonderful celebration of the life of former British PM Margaret Thatcher on the anniversary of her passing.

Here are this week’s full results. Only Don Surber was unable to vote, but was not subject t the usual 2/3 vote penalty:

Our panel of expert insiders will discuss the week’s hottest topics, including:

— What challenges will the next Speaker of the House face?

— And what about the next President?

You can also listen Red State Talk Radio, Studio A!