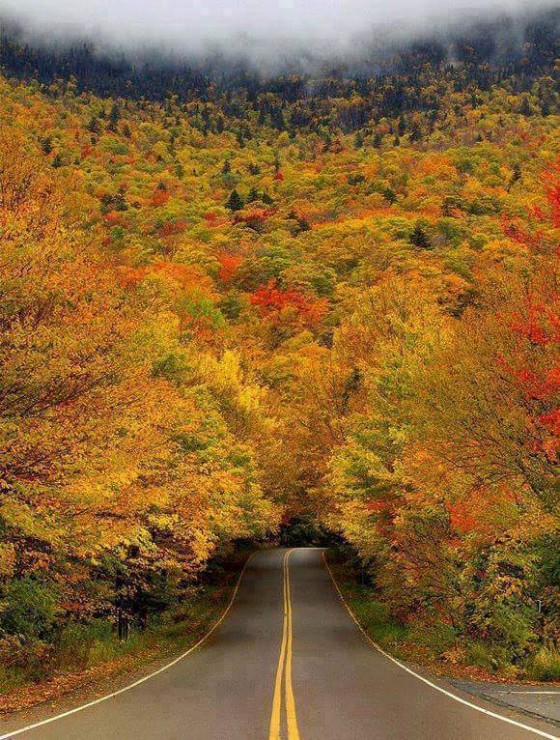 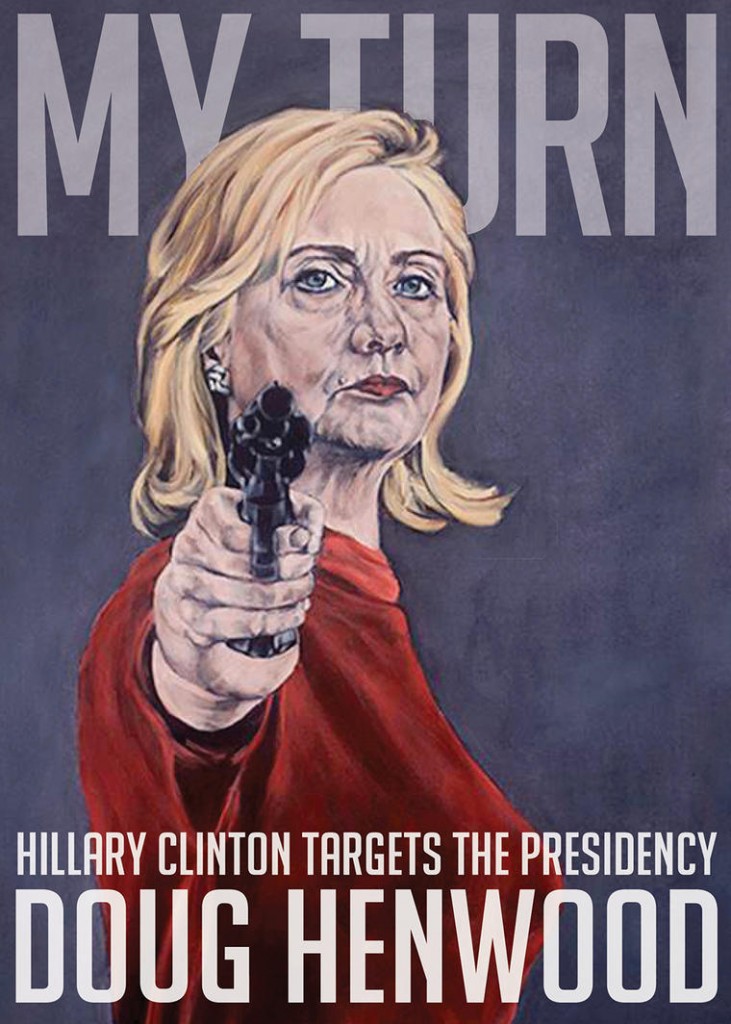 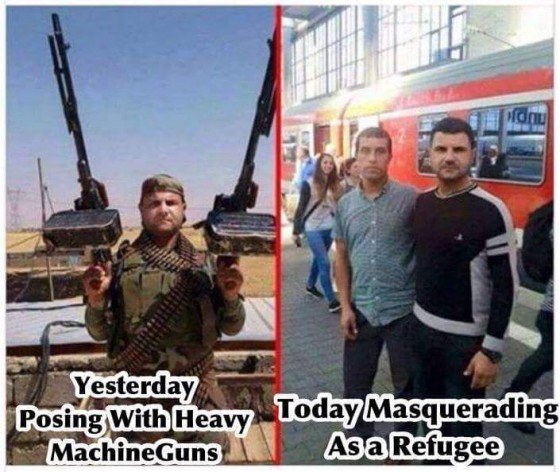 If you prick us, do we not bleed? – Shylock in Shakespeare’s ‘The Merchant of Venice‘ Act 3 Scene 1

The attempt to force human beings to despise themselves is what I call hell. – Andre’ Malraux

This week’s winning essay is Joshuapundit’s Why So Many Jews Support The Left – And Why They’re So Anti- Israel, is my response to a question I get asked frequently that may, perhaps, shed some light on the subject. Here’s a slice:

A good friend of mine forwarded me some questions from someone she knows whom is absolutely baffled.

He’s certainly no anti-semite. But in his contacts with Jews, he finds that many of them while quite intelligent engage in behavior he finds both irrational and inexplicable. Here’s what he basically had to say:

“What baffles me is everyone of them put Obama in office during his first election, and couldn’t understand my disdain for the man. These are intelligent people. Lawyers, investment bankers, stock brokers, etc..They have been voting Democrat for all their lives. {…}

These people are so unfriendly to all things Israel I just don’t understand it. It’s as if they are trying to destroy the country of their origin, or a death wish, I don’t know. They all hated Bush and he loves Israel. I’m confused, because the trouble I see in Israel right now is partly due to them. I feel bad because I so admire Israel and I know if they fall we will be next or at least deep in the fight. Please, enlighten me.”

I only get asked this once a week or so…but I thought I’d share my answer to him with you.

Actually, I have a decent perspective on this, as I’m a Jew, a native Californian (gasp!) and someone whom grew up in a home of liberal FDR Jews who always voted Democrat, except for two occasions which I’ll get to shortly and which shed a bit of light on th ematter at hand.

You’re actually asking a lot of different questions here, which I’m going to try and sort out. Here’s what I think you’re asking, and forgive me if I seem to be putting words in your mouth.

Why are so many Jews lefties when they seem to be so smart? Why do they vote Democrat even if it seems to be against their interests? And why would so many vote for Obama, especially when they’ve seen how anti-Israel he is?

That about cover it?

A lot of it has to do with history. Many lefty Jews today are not only rigorously secular, but disdainful of those Jews whom are religious. That also explains why so many of these overtly secular Jews dislike Evangelicals, Mormons and other religious, pro-Israel Christians. To these Jews, all religion represents not only something they’re trying to get away and distance themselves from, but way down deep, a secret source of shame for many. You don’t destroy a part of whom you are without sustaining some damage.

Read this and see if it clears up the history a bit. The short version is that many Jews, once they were freed from the ghettos by Napoleon that they’d been literally locked up in for centuries made a determined attempt to assimilate. They really wanted to be good Germans, French, Austrians, Poles, what have you. It failed utterly. The majority of Europeans simply wouldn’t allow it.

A number of thse Jews made the obvious connection and allied themselves with the Left, especially the Marxists. They stupidly thought that their religion was the only basis for the psychotic hatred they faced, and that religion itself was the reason they were treated the way they were. So they not only gave up all semblance of their own religion, but turned to an ideology that likewise despised all religion while it was essentially creating its own.

To expand that a bit, here in America while there was never legal, government sponsored Jew hatred as there was in Europe and Muslim countries, there was quite a bit of de facto anti-semitism during the period when Jews were heavily migrating to America…say, the 1880’s to about the 1920’s or so and well into WWII.

So just as in Europe, some of these immigrants and quite a few of their offspring born here dropped the Orthodox Judaism they were raised with and much of their religious practices because the emphasis then was on assimilating..being, you know, real Americans like everyone else. That didn’t work so well with many of the Republicans of that time or a lot of other people, but the Left was a somewhat different story, especially once FDR came on the scene. Ironic, of course, since he was instrumental in instituting quotas to stop too many Jews entering the Ivy League.

As for the communists, they were more than willing to recruit what Lenin aptly referred to as useful idiots.Conservative author David Horowitz, whom grew up as a ‘red diaper baby’ in a home where both parents were communists and under what was referred to as Party Discipline give us an illuminating look at how this worked in his autobiography ‘Radical Son.’

What changed things when it comes to the issue you’re talking about was the Holocaust and the recreation of Israel. Realizing that much of the world either participated at worst or at best ignored what amounted to a war against defenseless Jews simply because they were Jews was a traumatic event that changed everything for Jews in places like America whom escaped.

It was a unique event in history for reasons I’m happy to explain to you any time if you’d like me to. In many quarters, it made openly expressed Jew hatred socially unacceptable, at least for a while. And it shamed the world into finally keeping the agreements made after WW I in the original League of Nations Palestine Mandate and the subsequent 1923 San Remo Agreement to create a Jewish State in their ancient homeland on the remaining 21% of the Palestine Mandate that was left.

So for even aggressively secular, left leaning Jews like my parents, Israel was the issue that crossed all lines. It did so because they were the generation that was closest to the Shoah and they realized how important Israel’s creation was to Jews in the Diaspora and their comfortable lives there. And yes, there was also some residual guilt involved, because many of the Jews surrounding President Roosevelt took an active part in successfully combating Jews who wanted the make the ongoing Shoah a major public issue and push FDR to make attempts to stop or at least slow down the carnage of Jews in Europe.

That Jewish identification with Israel especially became apparent after the miraculous Six Day War when Jews around the world suddenly realized they might have lost Israel and had to experience a second Holocaust while the world watched and did nothing.

I mentioned that there were two times my devoutly Democrat parents didn’t pull the lever for Democrats? One occasion was in 1972 when the Angry Left took over the party and the anti-Israel George McGovern was their candidate for president. The other time was in 1980, when Jimmie Carter ran for re-election.

My parents literally hated Nixon and Reagan and they weren’t too pleased with yours truly either when I cast my very first vote ever for Ronaldus Maximus. But they simply weren’t going to vote for anti-Israel candidates. So they just voted for a straight Democrat ticket otherwise and passed up voting for president in those elections.

So what changed that closeness to Israel? Well, three things – the birth and maturity of two generations much further removed from the Holocaust, the ascendancy of a center right government in Israel when the Labor party was literally tossed out of office after the Yom Kippur War fiasco and most of all, the continued movement of the Democrat Party to the far left.

In our non-Council category, the winner was Mark Steyn with an interesting piece, Mark Steyn – Fings Ain’t Wot They Used T’Be, submitted by The Watcher.

It’s an interesting piece, looking at some recent events that would have been unthinkable a decade or two ago, but are now ‘depressingly routine’ as he aptly puts it.

Here are this week’s full results. Maggie’s Notebook, The Independent Sentinel, Don Surber and The Noisy Room were unable to vote this week, but none were subject to the usual 2/3 vote penalty for not voting:

Make sure to tune in every Monday for the Watcher’s Forum and every Tuesday morning when we reveal the week’s nominees for Weasel of the Week!