The Noisy Room: My nomination this week goes to Bill Gates and his carbon tax scam. He wants to spend $2 billion of his own money on it as an investment. That should tell you something. His says the private sector is too selfish and inefficient to get the job done. Bill Gates is not a socialist… he’s a fascist. My husband and I have been in computers forever. We know how Gates got his start. He did write some innovative code, but that’s not how he got where he is today. He did it by standing on the works of others and using people. Global warming, climate change does not exist. It is a monstrous hoax that fiends manipulate and the weak minded flock to. The only one that benefits from government funded technologies in that arena is Bill Gates, who stands to make an ever greater fortune off the misery of others, just as he does in Common Core. The private sector is not inept… capitalism is what grew this nation and entrepreneurship and capitalism is what will save it. Not socialism or more accurately, communism. Gates is a monster who must not prevail.

Gates is a criminal… a very wealthy, elitist one. Anyone who listens to him and follows him is making a serious mistake. He’s for eugenics, for Common Core, for climate change and for a one world government. Under what Gates proposes, we would be taxed into utter submission to the federal and global governments. There would be no free market… no chance to rise up and succeed just as Gates has. That door would be forever shut. He is touting the removal of the Constitution and our freedoms, so that the State may be enabled and put in control. If you oppose him, you are ill-informed and a moron. Listen to the man carefully; he does not hide what he is doing. What saddens and angers me are the many who seem to buy into Gates’ hogwash and follow him blindly. He has his own liberal lynch mob, that given half the chance would imprison and ‘re-educate’ those who disagree with him. Whatever you do, do not follow the Pied Piper of Tech. Fausta’s Blog: Carl Quintanilla, who came up with “”Congressional Republicans, Democrats and the White House are about to strike a compromise that would raise the debt limit, prevent a government shutdown, and calm financial markets of the fear that a Washington crisis is on the way. Does your opposition to it show you’re not the kind of problem-solver that American voters want?”‘

On the bright side, it gave Cruz an opening for the best line of the night.

The View’s Whoopi Goldberg, Famous For Formerly Being Funny!

The Independent Sentinel: Whoopi Goldberg is my weasel of the week.

After the “ladies” of The View insulted Carly Fiorina’s appearance during the debate, she said if she ever gets invited back onto the show, she’d like to see if they’d say that to her face.

Well, apparently, the catty women on The View didn’t like being called out for being rude. They invited Carly back on Friday and she’s going, but Whoopi, who won’t be present on Friday, took the coward’s way out and insulted her during Monday’s show.

Whoopi Goldberg said the “ladies” of The View raised Carly’s standing and then she actually said that Carly needs to learn when someone is coming for her, someone is paying her a compliment or just making an observation.

I think the “ladies” have gone mad. They are giving women a bad name.

They are the war on women.

What a despicable group of Weasels… ANY OF THEM COULD WIN! Check back Thursday to see which Weasel walks off with the statuette of shame! 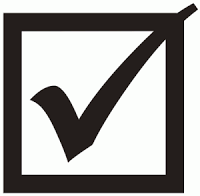