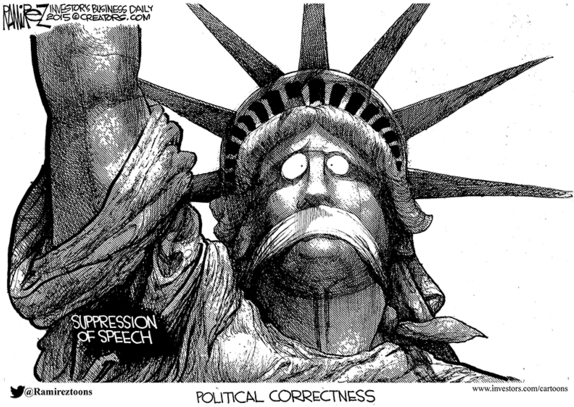 The Council has spoken, the votes have been cast, and the results are in for this week’s Watcher’s Council match-up.

Create her child of spleen; that it may live,
And be a thwart disnatured torment to her!
Let it stamp wrinkles in her brow of youth;
With cadent tears fret channels in her cheeks;
Turn all her mother’s pains and benefits
To laughter and contempt; that she may feel
How sharper than a serpent’s tooth it is
To have a thankless child! – William Shakespeare, King Lear

All other swindlers upon earth are nothing to the self-swindlers, and with such pretences did I cheat myself. Surely a curious thing. That I should innocently take a bad half-crown of somebody else’s manufacture, is reasonable enough; but that I should knowingly reckon the spurious coin of my own make, as good money! – Charles Dickens, Great Expectations

Any fool can criticize, condemn and complain – and most fools do. – Benjamin Franklin

Give me four years to teach the children and the seed I have sown will never be uprooted. – Vladimir Lenin

This week’s winning essay, The Right Planet’s #Mizzou, Mao and Marx is a wonderful reminder of where the current campus unrest perpetrated by some of the students at our universities (if they can be called that) really comes from… and where it ultimately ends. Here’s a slice:

The recent announcement by the University of Missouri (aka “Mizzou”) president, Timothy M. Wolfe, that he will step down at the end of the year over lack of action on alleged racial incidents at the university is being described by the New York Times as an “extraordinary coup for the demonstrators.”

A number of players for the University of Missouri football team threatened to go on strike unless Tim Wolfe resigned “for not adequately responding to a spate of incidents where the student body president and several others were called “n***er” by white men and a swastika made of human feces was found in a campus restroom,” according to The Daily Beast.

The Legion of Black Collegians and others (including football players) associated with the boycott published a “list of demands,” demanding Wolfe admit his “white privilege.”

Via the New York Times:

The threat of a boycott by the Missouri football team dealt the highest-profile blow to the president, Timothy M. Wolfe, and the chancellor, R. Bowen Loftin, but anger at the administration had been growing since August, when the university said it would stop paying for health insurance for graduate teaching and research assistants.

It reversed course, but not before the graduate assistants held demonstrations, threatened a walkout, took the first steps toward forming a union and joined forces with students demonstrating against racism.

Then the university came under fire from Republicans for ties its medical schools and medical center had to Planned Parenthood. The university severed those ties, drawing criticism from Democrats that it had caved in to political pressure.

But it was charges of persistent racism, particularly complaints of racial epithets hurled at the student body president, who is black, that sparked the strongest reactions, along with complaints that the administration did not take the problem seriously enough.

It is interesting to note that not only are certain students and faculty members protesting over the alleged racial incidents at MU; but they are also exploiting the opportunity to protest over health insurance cuts for graduate teaching and research assistants at the university, and threats of Planned Parenthood funding cuts by congressional Republicans following recent revelations Planned Parenthood was selling the body of parts of aborted babies.

One challenging aspect of writing this article was determining just what happened concerning the alleged racial incidents that led to the student protests in the first place. Many of the articles I’ve read concerning the “pervasive racism” that purportedly exists at UMC provide few details.

The previously quoted article from the New York Times described the racial incidents as follows:

The president of the Missouri Students Association, Payton Head, who is black, touched off the intense discussion of race in September when he posted on Facebook that a group of men had yelled racial slurs at him, and said it was not the first time he had suffered that kind of abuse at the university. His post was shared thousands of times, and drew widespread coverage.

In early October, the Legion of Black Collegians, a student group, was rehearsing a homecoming event when a white man walked onto its stage and used racial epithets. When activists tried to confront Mr. Wolfe days later at the homecoming parade, he avoided them.

Later that month, the swastika was found, scrawled on a wall in feces. An activist group, Concerned Student 1950 — a reference to the year the university enrolled its first black student — was formed to demand that the administration address what it said was pervasive racism.

… [A]t issue is the school administration’s handling of several racist incidents that occurred this fall. In September, Peyton Head, a senior and the president of Missouri Students Association, said he was called racial slurs as he walked near campus.

“I really just want to know why my simple existence is such a threat to society,” he wrote in a Facebook post.

That incident was followed by one on October 5 when members of the Legion of Black Collegians were called the N-word while rehearsing for homecoming festivities. Three weeks later, on October 24, a swastika was drawn with human feces at a university residence hall.

What ever happened to reporters asking the who, what, where, when, why and how? Most of the reports I’ve read concerning the current situation at MU focus on “social justice” issues, and provide scant details or proof of the alleged racial incidents that culminated in the resignation of the university’s chancellor. These racial incidents appear to be based solely on anecdotal evidence. Where are the eyewitnesses? Is there not any photographic evidence of the alleged “poop swastika”? Payton Head claims that a group of white males in a pickup truck continuously hurled racial epithets at him while he was walking down the street, according to a Facebook post.

UPDATE: Evidence of the poopstika has finally been uncovered! We at Daily Wire are overjoyed that the police report has finally been released, and that the calls for evidence have been heard. Of course, we still don’t know what any of this has to do with Tim Wolfe being forced to resign his position, since there’s no evidence he drew the poopstika. But the #HandsUpDontPoop movement has won its first victory — we said no justice, no poop, and we made the system listen!

Furthermore, if the alleged incidents did occur, what was the university president supposed to do to prevent such occurrences from ever happening again? Ban all pickup trucks occupied by white males from the campus? Promise the student body that no one will ever hurl a racial epithet at MU? How would one go about fulfilling such an extraordinary promise? What should have been the response by the university’s president, et al.?

Based on the allegations, the New York Times article reveals what the real agenda appears to be concerning actions the student and faculty protesters believe the university should have taken:

… [T]he Board of Curators unveiled a slate of new initiatives to address racial tensions on campus, including hiring a diversity, inclusion and equity officer for the entire University of Missouri system. The university will also provide additional support to students, faculty and staff members who experience discrimination; create a task force to create plans for improving diversity and inclusion; and require diversity and inclusion training for all faculty, staff members and incoming students.

As someone who has been heavily involved in researching the history and “philosophy” of Marxian socialism for the past eight years-plus, to me, the current scene at UM is just dripping with Marxist rhetoric and symbolism.

And I’m not the only one to notice. Radio talk show host Michael Medved picked up on the unmistakable Marxist influences, too (see video). While wearing Marxist-style T-shirts, UMC student protesters shouted, “We have nothing to lose but our chains!”

Lots more, including some superb graphics and videos at the link.

In our non-Council category, the winner was A Lost Generation submitted by Maggie’s Notebook. While it ostensibly concerns warnings by ex-Muslims about the dangers of Islam in Europe, it really concerns decline as a society. And as always at GOV, the comments are of great interest.

Here are this week’s full results. Both The Razor and VA Right were unable to vote this week, but neither was subject to the 2/3 vote penalty for not voting: