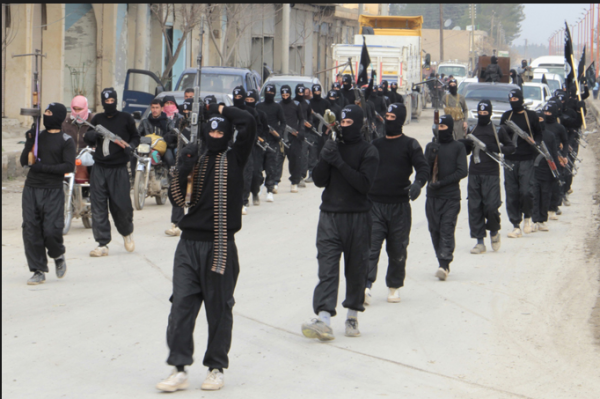 John Kerry is wrong. The Secretary of State displayed a dire lack of knowledge when he stated that the world is “not in a war of civilizations.” The enemy can only smirk at the naiveté or seeming ignorance of yet another American leader that blurs the reality of an ancient war in modern times. Kerry was right when he stated that Islamic radicals are recruiting “thugs” into their ranks. The criminal element has no cause. Their purpose is not religious. They are recruited as a front line of terror to be unleashed by hardcore jihadists.

We are at war. It is critical that Americans understand this ancient war in order to comprehend the long-term strife and bloodshed that is ahead. Some leaders, led by the American President, deny its root causes. Disturbingly, we are at war when Americans increasingly use words like liar, traitor, or incompetent to describe the Commander-in-Chief. Opinion grows that the sitting President is doing more harm to the country than any terrorist could as Americans suspiciously eye his actions.

The American people already hold the Obama administration accountable for the coming harm. Most question why our government would allow terrorists to penetrate our cities secreted among the refugees that are fleeing the bloodletting in their own countries. False identity documents are common. Male and female suicide bombers are equal threats. Whether a moderate Muslim, Buddhist, Hindu, Rastafarian or Mormon, as a nation, we all look the same to the jihadists. Whatever your skin color, all American blood runs red.

Historical hindsight is not needed to reveal that our government gave cues to the enemy that America was being weakened. To America’s profound loss most Americans missed the cues, but the enemy did not. Based on both our government’s wrong footed action or inaction, the enemy was strengthened with the resolve to do America harm. History will not dispute that recent actions and inactions by the White House enabled a ancient war of civilizations to emerge from a comparatively suppressed state into a new World War.

The enemy takes notes and the sabers of war are sharpened as:

The actions of President Obama have become so blatantly obvious that even the liberal press can no longer feign befuddlement.

Unsettling are the unacceptable actions by our government as it appears to choose sides on a basic human level. Evidence of that is an immigration quota that favors Muslim refugees over Christian refugees. The U.S. State Department released data showing that under 3% of Christian refugees are allowed into the country verses 96% of Syrian Muslims who are allowed in. Statistically that is discrimination. Ideologically that is discrimination. Blatant discrimination lies at the feet of this American President in this ancient war that has targeted Christians and Jews from its inception.

It is important to note, with irony, that in regard to the porous vetting of Syrian refugees, the stark difference between their entry versus many entering our country’s porous southern border is that they do not have to pay the coyotes. Most critically, among those in both groups who are escaping poverty or oppression are terrorists. True identities are smoke in the air for those infiltrating with the intent of doing harm.

What is this War of Civilizations that the administration is downplaying through the words of its Secretary of State? What is this centuries old war that erupts on the world’s stage when conditions are right for it to do so? Though it initially targets the world’s oldest faiths, Judaism and Christianity, none of the other world religions need apply for exemption from the coming violence.

The War of Civilizations is based on the enemy’s desire to hasten the return of the 12th Mahdi. While such a statement is foreign to most in the West, it is the basis for this current World War.

President Barack Obama understands this war’s connection to Islam having studied the Koran in Indonesia. That curriculum identifies The Twelfth Imam or 12th Mahdi as the Islamic savior — its Islamic messiah. Islam requires that in order for the 12th Imam to reveal himself, the world must be in a global war. Iran’s former President Mahmoud Ahmadinejad openly revealed a divine mission to “hasten the return” of the 12th Mahdi” as Iran sought nuclear weapons.

Destroying Israel, then America, facilitates the 12th Mahdi’s return. Iran’s former leader was clear that the world must first erupt into chaos as a signal for the Mahdi to appear. Both ISIS and the Iranian theocracy seek the return of Islam’s messiah. The two factions of   Islam, the Sunni and Shia doctrinal divides of the Islamic faith, differ on who the 12th Mahdi is and remain engaged in an ancient war with each other.

Islam came into existence some 600 years after the groundswell of Christianity. The Christian Messiah is the Savior Jesus Christ. Islam reveres Jesus as a lesser prophet and not God, which puts Islam at inextricable odds with Christianity. The belief is that the “Mahdi” or “Twelfth Imam” will appear publicly during a time of great disaster, with Jesus at his side, to bring peace to a war-torn world. It is said that the 12th Mahdi will take Jesus to Mecca to replace the Bible with the Koran so that Christians worldwide will convert to Islam. A “Muslim anti-Christ” is also to surface in the world and falsely convince Jews that he is the Jewish people’s “Jesus” or “Messiah” that they have long awaited.

An “Islamic Jesus,” it is said, will kill all Jews and behead anyone worldwide who does not accept Islam as the only true religion. The Islamic Mahdi will set-up his kingdom in Jerusalem, establish a worldwide Caliphate, along with Sharia Law, and rule the world. Non-believers must convert, be fined, or put to death. Homosexuals will be killed and women will become property and be oppressed. Such belief is a driving force of today’s war on non-Islamic nations; an ancient war based on fundamental Islam that has entrenched the globe in a war on terror. Moderate Muslims declare that only extremists hold such beliefs.

Only the foolish would categorize this war as a war of political ideologies between the West and the Muslim world. A radical jihadist movement forced turmoil in the Middle East to set up the Caliphate and enslave global societies via a rampage of death and destruction. The youth in Paris at the concerts and coffeehouses now understand the savagery that is involved. Will America’s youth understand what is coming to our shores, that American blood runs as red as Parisian blood? Will the world community have the same conviction when it proclaimed “never again” after witnessing the horrors of the holocaust?

President Obama’s denigrations and actions against Christians and Jews signals to the enemy that they have commonality with America’s President. If the American President does not recognize that as a threat, the American people do.

Obama’s years of studying Islam should have taught him that he cannot unmoor this enemy from what they believe is the sole reason that they exist on the planet. To retreat in any degree from a war not of our choosing or to repeatedly mock a growing warrior response among others intent on protecting our nation is not leadership. It is acquiescence. Islamic radicals seek world chaos. Such intent nullifies comments by members of Congress who state that “they do not want to get sucked into this war.” Both misunderstandings of this new World War reveal either a profound ignorance or a dangerous, home-grown ideology. Americans did not seek this war, Americans do not want this war, but as many in Congress are proving, America will defend its homeland in spite of a recalcitrant White House and a reticent Commander-in-Chief.

Sharon Sebastian, author of the book, “AGING: WARNING – Navigating Life’s Medical, Mental & Financial Minefields” (here), is a columnist, commentator, and contributor in print and on nationwide broadcasts on topics ranging from healthcare, culture, religion, and politics to domestic and global policy. Sebastian’s political and cultural analyses are published nationally and internationally. Website:  www.AgingWarning.com