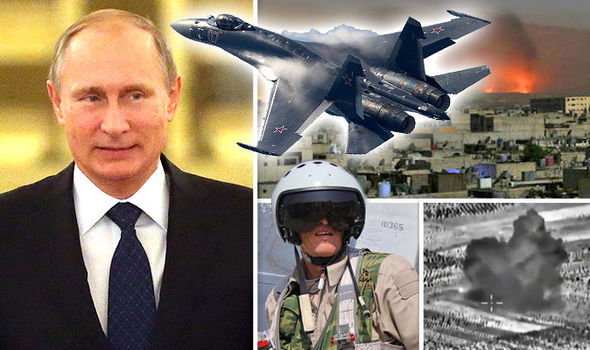 Revelations by a former Russian agent, implicating the Kremlin’s involvement in terrorist activities in Europe and the Middle East. The interview takes place far outside of Kyiv. The account about to be heard bears the hallmarks of a real spy scandal – undercover operations, fake documents and financial donations.

Ukraine Today’s partner news portal TSN. Weekly investigated the story. Such an interview is dangerous for any FSB personnel with high-level access.

The ex-spy codenamed Yevgeniy specialized in terrorist organizations and counter-terrorism activities. The man firstly claimed that radical Islamist groups are staffed with Russian agents – and that Moscow has a real impact on their activity. This is what he told journalist Andriy Tsaplienko.

‘Yevgeniy’, Former Russian Fsb Security Services Officer: “Being guided by good intentions, human rights activists from Europe would help the people being persecuted in their country to flee. Among them were infiltrators with ready documents and a made-up legend. They would actively infiltrate into Muslim communities. With the support of the security services, they made financial donations, thus acquiring prestige and moving up the hierarchy”.

According to Yevgeniy, Russian agents were a tool in attacks in Europe. Their task was to undermine the situation and create so-called multicultural conflict. This started in 2009 in London but according to his account, was most recently seen in Paris.

Andriy Tsaplienko, correspondent: “Is there any proof which suggests that the Russian special services were involved in the terrorist attacks on Paris, or at least they knew about them in advance?”

‘Yevgeniy’: “Given the connections they have in Muslim communities based in Europe, they could not but know that the terrorist acts were being prepared. They knew but did not share…”

Tsaplienko: “Is it complicity?”

‘Yevgeniy’: “It is complicity in acts of terrorism. And the complicity could be direct or indirect. By analyzing their connections, one, of course, will be able to see the ties leading to Russia. Primarily Russia could benefit from this, and the Russian security services had all the possibilities to organize this”.

The Kremlin’s influence also includes terror group Islamic State, also known as Daesh, according to Yevgeniy. After the split of the Al-Qaeda terrorist organization, former officers of the Iraqi army and members of the Arab Socialist Ba’ath Party started creating the organisation. All of them graduated from Moscow-based educational institutions.

Tsaplienko: Can one claim that Russia, the Russian special services are involved in the creation of ISIS?

‘Yevgeniy’: “Definitely, and I know that exactly, the Russian special services believed that if a terrorist organization was set up as an alternative to Al-Qaeda and it created problems for the United States as Donbas does for Ukraine now, it would be quite good,”

The former FSB officer’s knowledge of how Russian agents work jointly with Islamic radicals and Donbas militants is invaluable for Ukraine. The anonymous man claims he fled Russia for personal not ideological reasons.

Ukrainian experts have checked his statements with the use of a polygraph twice, and the results appear to show the story was a truthful account.