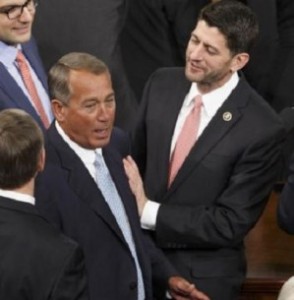 First let’s dispense with the lunatic notion expressed by not only the far Left but, also ostensible conservative Speaker of the House Paul Ryan—makes one wonder which side Ryan is on–that ‘there is no religious test for refugees to enter the USA. There most certainly is such a test and it has been aptly identified and explained by many in the past and applies to both Asylum and Refugee status.

First and foremost, under US law there is no inherent “right” for anyone except a US citizen to enter the USA, irrespective of his, her or their circumstances. Second, an individual’s religion is part and parcel to the process of entry into the United States of America. Under 8 U.S. Code § 1158 – Asylum, (b) Conditions for granting asylum (B) Burden of proof (i) In general…

Due to their well-established worldwide genocide by Islam, if these were Christians attempting to enter the country, the argument would hold credibility. But, the Muslims entering our country by the thousands and being illegally settled around our country by an increasingly rogue Obama-run US government are no longer required to provide any proof of Asylum nor refugee status. Instead, this is a well-planned by Obama, the Islamo-Marxist Democrat Party and much of the Republican Party’s Islamo-Nazi contingent (aka “RINOs,” “establishment”). 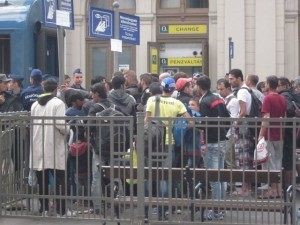 The invaders are not, generally, “widows and orphans” as Obama is fond of telling us. In Europe—and we assume in the USA but…the ObamaGov is hiding those figures from us–most of the invaders are demographically young and physically fit Muslim males. Since Obama assumed the US presidency, between 2009-2103, alone, his State Department has issued 680,000 green cards to Muslims.

Candidate for POTUS Donald Trump is absolutely correct. Islam is taking us over from within with help from the White House and its collaborators. Congress knows it. SCOTUS knows it. Our enemies and the few allies we have left know it. If you don’t own guns and ammo now, better get some. Under the current circumstances, one way or the other the ObamaGov plans to get rid of an enormous number of US citizens. We are being replaced. Without any blow back from we-the-people, soon it will be complete.

At this juncture, Donald Trump appears to be the only candidate fighting for the American people and the true USA. The rest of the candidates continue to work on appeasing our enemy—Islam. I say let’s help Trump win. What do you say?

Refugee ‘Religious Test’ Is ‘Shameful’ and ‘Not American’ … Except that Federal Law Requires It
at nationalreview.com

So Far: Syrian Refugees in U.S. Include 2,098 Muslims, 53 Christians
at cnsnews.com

‘Refugees’ in Europe Young, Fit and Overwhelmingly Male
at pamelageller.com