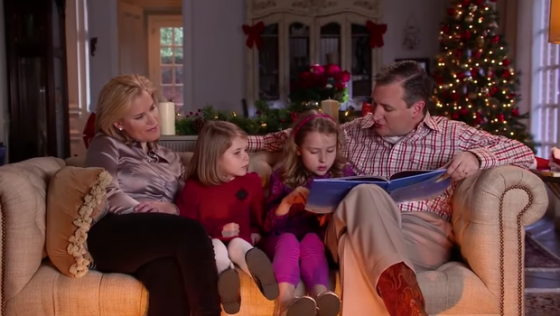 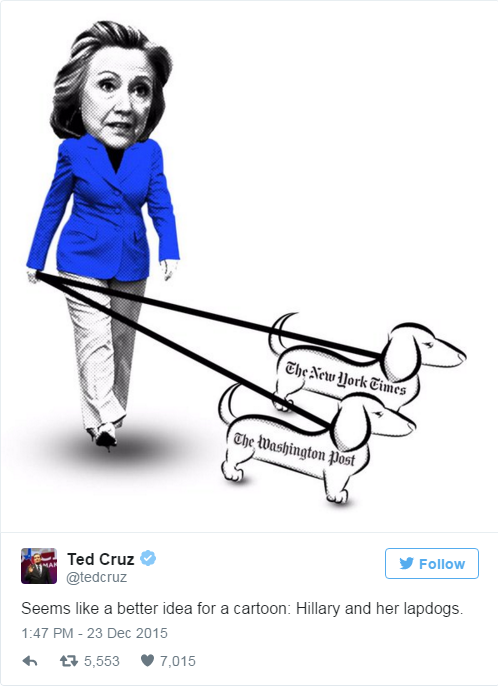 The mainstream media blindly championed the Iranian deal at the expense of reason, celebrating its “signing” and every prospective step for implementation. But the not-so-surprising revelation is that there is, in fact, no Iran deal. There are just a number of political commitments made by each of the so-called P5+1 countries, in the hope that Iran will somehow reform itself.

Iran, on the other hand, seems barely, if at all, committed to the non-agreement. Rather, it is poised to receive international sanctions relief while continuing on its belligerent course.

The Obama administration acknowledged in November that neither America, nor the Iranians, nor the other P5+1 members have actually signed the accord ostensibly designed to stall Iran’s quest for nuclear weapons. Yet a review of Fox News, The New York Times, and other media organizations shows that the mainstream media remain uniformly committed to misleading the public. These reporters must know by now that the deal has not been signed—meaning that there is no deal—yet they continue to pretend that it is.

“The Joint Comprehensive Plan of Action (JCPOA) is not a treaty or an executive agreement, and is not a signed document,” Julia Frifield, the State Department Assistant Secretary for Legislative Affairs, wrote in a November 19 letter to Republican Representative Mike Pompeo (R-KS).

Frifield added that the success of the accord “will depend not on whether it is legally binding or signed, but rather on the extensive verification measures we have put in place, as well as Iran’s understanding that we have the capacity to re-impose—and ramp up—our sanctions if Iran does not meet its commitments.”

The verification measures that the P5+1 agreed to are a total sham. The administration made concession after concession in pursuit of a deal designed to further President Obama’s legacy—at the expense of the world’s safety. “President Obama is not only using his executive power to engage a hostile, theocratic Iranian regime, he is also trying to pressure future presidents and Congress into perpetuating his damaging policies,” we wrote back in July. “His administration is also bending over backwards not to offend the Iranian regime, while this totalitarian government does everything possible to humiliate the United States.”

The reality is that the international community is now poised to grant Iran a sweetheart sanctions deal while the regime continues to flout both the spirit and the letter of that meaningless accord.

Iran has consistently acted in bad faith. “In addition to carrying out ballistic missile tests in October and November, Mr. [Bob] Corker [R-TN] said, Tehran has defied a U.N. travel ban by dispatching Gen. Qasem Soleimani, the head of Iran’s Quds Force—a military division responsible for clandestine international operations—to meet with Russian officials in Moscow,” reports The Washington Times. “He also pointed to Iran’s recent conviction of Washington Post reporter Jason Rezaian, a spate of Iranian cyberattacks believed to have been carried out by Iranian operatives against the State Department, and Tehran’s export of weapons to Syria and Yemen.”

Hopefully the conviction of Rezaian isn’t the only reason the Post attacked the “agreement” this week, as well as President Obama’s deception about it: “Iran is following through on the nuclear deal it struck with a U.S.-led coalition in an utterly predictable way,” stated a December 20th Washington Post editorial. “It is racing to fulfill those parts of the accord that will allow it to collect $100 billion in frozen funds and end sanctions on its oil exports and banking system, while expanding its belligerent and illegal activities in other areas—and daring the West to respond.”

“Unfortunately,” they added, “the Obama administration’s response to these provocations has also been familiar. It is doing its best to downplay them—and thereby encouraging Tehran to press for still-greater advantage.” The usually Obama-friendly Post editorial board gets even stronger from there:

“It’s not hard to guess the reasons for this fecklessness. President Obama is reluctant to do anything that might derail the nuclear deal before Iran carries out its commitments, including uninstalling thousands of centrifuges and diluting or removing tons of enriched uranium. The same logic prompted him to tolerate Iran’s malign interventions in Syria, Yemen and elsewhere, along with the arrest of Mr. Rezaian, while the pact was under negotiation.”

According to the BBC, “Under the July nuclear deal, Iran was ‘called upon’ to refrain from developing ballistic missiles for up to eight years” and “the UN Security Council’s Panel of Experts on Iran said that the Emad rocket was a ballistic missile capable of carrying a nuclear warhead.”

However, the BBC reports, “Iran said the test did not violate the agreement.”

“Iranian President Hassan Rouhani discouraged his nation’s parliament from voting on the nuclear deal in order to avoid placing legal burdens on the regime,”writes Joel Gehrke for National Review. He quotes Rouhani as asking, “Why should we place an unnecessary legal restriction on the Iranian people?”

While The New York Times continues to peddle the falsehood that the deal has been “signed,” it also reports that “Some officials feared that if Iran was given a pass [on IAEA inspections], it would send a signal to other nations—including North Korea—that their obligations to respond to international investigators could be negotiated away in a political deal.”

“President Obama eventually concluded that the larger goal of halting Iran’s ability to produce a nuclear weapon for the next decade-and-a-half was more valuable than setting a precedent about the integrity of inspections,” wrote David Sanger for the Times on December 15. He reported that the IAEA concluded its “long-running, and largely unsuccessful, effort to get Iran to fully answer a series of questions about suspected activities.”

This is the IAEA investigation that required Iran to provide the IAEA with samples from the Parchin nuclear site. It had also previously threatened to harmthe IAEA’s head, Yukiya Amano.

When Amano did visit Parchin in September, CNN reported, the facility showed signs of recent renovation—but there was no equipment there. CNN celebrated this victory under the headline “IAEA inspects Iran’s Parchin military site for first time.”

The latest humiliating concession made by the Obama administration to Iran wasspelled out in a letter from Secretary of State John Kerry to his Iranian counterpart, Foreign Minister Mohammad Javad Zarif, waiving a visa requirement that targeted Iran and was just passed into law as part of the omnibus spending bill, and signed by President Obama. The letter was delivered one day after Zarif complained about the visa requirement in an interview he gave to the New Yorker magazine. In that same interview, as pointed out by MEMRI(the highly regarded Middle East Media Research Institute), Zarif made it clear that “Iran is now demanding to make an essential change to the agreement so that the U.S. first acts to lift the sanctions and only then will Iran meet its obligations.”

Despite recent letters sent respectively by 35 Republican senators and 21 Democratic senators expressing concern about Iran’s ballistic missile activity, the Obama administration and its allies are still lining up to provide Iran with rapid sanctions relief, perhaps in January. Secretary of State Kerry recently sent a letter to Congress saying that “Iran had not engaged in any covert or other activities that could significantly advance its nuclear weapons program,” according to The Washington Times.

Iran’s parliament, such that it is, approved a deal, but it was not even the same deal that the P5+1 holds out as the agreed upon deal.

As Iran gets close to receiving a huge cash reward for its lack of cooperation, deceit, and continued belligerence, the mainstream media still refuse to call this deal what it is: a sham agreement founded on nothing but what Iran says it will be. If Iran finds this farcical political agreement’s terms nonbinding, why shouldn’t America do likewise? President Obama is perpetrating a dangerous hoax through his triumphal advocacy for this so-called deal, and the media, for the most part, are participating.