It is a good thing when Hollywood attempts a portrayal of the facts without overtly distorting history beyond recognition in the process. So, hats off to the creative team behind The Big Short. It is necessary, however, to fill in the gaps with facts that may not fit into a film’s limited timeframe. Real world events are always more unwieldy than a tightly knit movie script. There are no spoiler alerts in what follows. We all know the ending. It is how we got there that matters.

So picture this, if you will, as you go back in time and tap into the remnants of an article that I wrote in 2012 that revealed a real life disaster that was not made in Hollywood, but in Washington, DC.

Old news, except it isn’t. In regard to the devastating housing fraud that helped collapse the U.S. economy, a Reuter’s headline read: “U.S. Sues Bank of America for Alleged Mortgage Fraud.” According to Reuters, Barack Obama’s Justice Department “filed a civil mortgage fraud lawsuit against Bank of America, accusing it of selling thousands of toxic home loans to Fannie Mae and Freddie Mac that went into default and caused more than $1 billion of losses.”

That’s right, the banks did it. In reality, it is another glaring example of Barack Obama and the Progressive Democrats’ adeptness at avoiding culpability and deflecting blame. After all, to this date, they have fooled so many about their role in perpetuating the housing collapse that thrust the economy into a nose dive. They are counting on voters lacking enough information to connect-the-dots as they point accusingly at their partners in crime. Obama’s sycophantic media obediently reported that it was all the fault of greedy bankers, mortgage brokers and Wall Street derivatives. What they failed to report was that the Democrats set-up the alchemy, the opportunity for greed that bated the bad players into joint accountability.

The question the American people should ask is: Who were the svengalis of the economic collapse, the architects whose scheme worked so well that they virtually escaped the blame? Historically, it will go down as one of the liberal Democrats’ all-time big lies to the American people. Democrats led by Barney Franks (D-MA), Chris Dodd (D-CT), Maxine Waters (D-CA) and Greg Meeks, (D-NY) are on video, in effect, in support of glutting the housing market with unsustainable mortgages in the form of bad loans.

“If there is anyone to blame for the mortgage crisis that led to the collapse of the financial industry, it’s not the “big banks,” but Congress. [They] were the ones who pushed Fannie and Freddie to make a bunch of loans that were imprudent. They were the ones that pushed the banks to loan to everybody. And now we want to go vilify the banks because it’s easy to blame them and Congress certainly isn’t going to blame themselves.” Bloomberg added, “It was not the banks that created the mortgage crisis. It was, plain and simple, Congress who forced everybody to go and give mortgages to people who were on the cusp.”

What Bloomberg failed to mention is that Obama, himself, adamantly demanded that banks make more loans to low-income borrowers. Subprime loans became the great American rip-off. Obama and the Democrats both enticed and strong-armed lenders to give loans to people who could not repay them. The plan? In exchange, grateful new homeowners would obligingly ply the Democrats with their votes.

The ugly and inevitable consequences forced the poor, mostly Hispanics and Blacks, out of their unaffordable houses through wide scale foreclosures. Home prices fell, construction workers lost jobs, the housing industry began a free-fall and America’s AAA credit rating was downgraded for the first time since 1917. The result: The worst economy in recent memory. Today, America bears the brunt of the Democrats’ manipulation of the housing market resulting in lost homes and lost jobs. Hawking for votes, Obama and liberal Democrats put politics over people.

Many harken back to former Democrat President Bill Clinton igniting the long fuse that led to the crisis when in 1998 he removed the barriers between commercial banks and investment banks. After Clinton repealed the Glass-Steagall Act, big banks suddenly had federally insured money to play with. Greed from Congress to Wall Street spread unabated.

Some claim Clinton’s deregulation of banks was not a factor. Yet, the Guardian reported a direct correlation as cited by economist Robert Kuttner in his testimony before Congress. Kuttner’s testimony revealed Clinton’s actions as both a cornerstone and an early catalyst that seeded the greed years:

“Since repeal of Glass-Steagall in 1999, after more than a decade of de facto inroads, super-banks have been able to re-enact the same kinds of structural conflicts of interest that were endemic in the 1920s – lending to speculators, packaging and securitizing credits and then selling them off, wholesale or retail, and extracting fees at every step along the way. And, much of this paper is even more opaque to bank examiners than its counterparts were in the 1920s. Much of it isn’t paper at all, and the whole process is supercharged by computers and automated formulas.”

Obama and the Democrats counted on an already embedded need for greed. Some banks and lenders found policy and conditions enabling corruption to be irresistible. The lure of big money that was ill-gotten — crossed political and commercial lines and made bedfellows out of adversaries as deals were made and commissions increased to all-time highs. As financial institutions dove head-first into irresponsible behavior, Democrats looked the other way and feigned innocence during the housing and market collapse that followed.

All the while, two government-sponsored finance giants, Fannie Mae and Freddie Mac, were reportedly hiding their role in the subprime and low-rate mortgage loan business. Harold Raines, former head of the Budget Office for Clinton and Fannie Mae’s CEO in the mid-1990s, told the Washington Post that Fannie Mae is “the equivalent of a Federal Reserve system for housing.”

Democrats were entrenched in Fannie Mae and Freddie Mac’s top management. According to Bethany McLean of CNNMoney, “The same article noted that Fannie’s financial moves generated more than $100 million a year in fees for Wall Street firms …. guaranteed a stunning $1 trillion of mortgages and held $376 billion of mortgages and mortgage-backed securities on its own books.” A Security and Exchange Commission investigation uncovered accounting irregularities in Fannie Mae’s books and a false reporting of $9 billion in past profits. At the time of Raines early retirement from Fannie Mae, the Democrat reportedly earned $20 million in salary and bonuses.

What the film, The Big Short, was short on was the role the government played in short-changing the American taxpayer and the tragic aftermath on unqualified mortgage holders forced into foreclosures. Controlling the nation’s purse strings in Congress, the Democrats steered the economy toward the fiscal cliff. With the DEMS behind the wheel, some Republicans jumped on for the ride amid the financial melee.

Based on voter backlash against Obama’s handling of the economy, in the 2010 midterm elections the Democrats lost control of the House. In the 2014 midterm elections, still feeling the financial sting, voters took away the Democrats majority in the Senate. In addition to filling in the gaps of a Hollywood movie, this tale of greed, arrogance and deception at the expense of the American people should serve as a warning to both Democrats and Republicans in regard to the mood of a betrayed constituency come the 2016 elections. 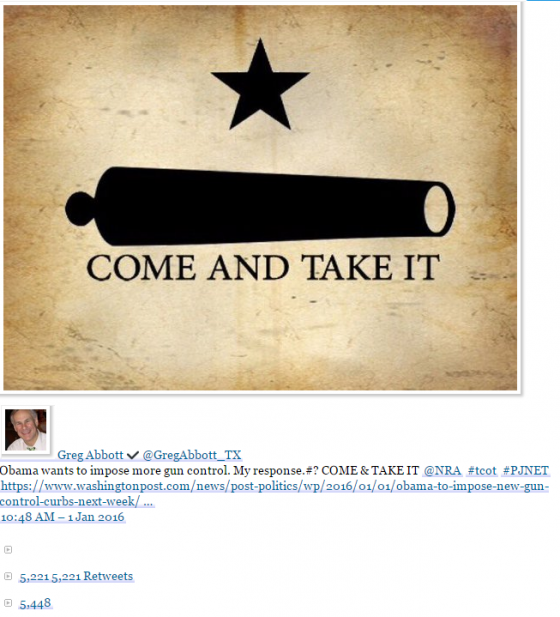 A vacancy has opened up on the The Watcher’s Council. If you’re interested in finding out more information about the Council and what’s involved, please leave a comment (which won’t be published) containing your site name, a link to your site and your contact email.

Listen to the disturbing revelations about how black Americans and students are targets, as well as how Americans perceive Islam is a direct result of these agents of influence.

Who is behind all this? Communists, of course!