Two-and-one-half months before last week’s Iowa Caucus, columnist S.A. Miller of The Washington Times noted what could be called “The Trump Effect” on poll numbers with an article entitled “Donald Trump seen unlikely to win in Iowa despite poll numbers“: 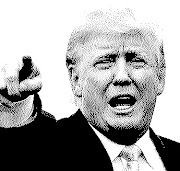 Laura Kamienski, a Republican Party caucus precinct representative for Hiawatha District in Cedar Rapids … said she expects a surprise in the caucus this cycle similar to former Sen. Rick Santorum’s unexpected win in 2012. Mr. Santorum is back in the 2016 Republican race but is polling near the bottom of the crowded field in Iowa and nationally.

…Pollsters defended their survey methods and stood by their numbers. But some credited Mr. Trump’s dominance in polls to his near-universal name recognition as star of the hit TV shows “The Apprentice” and “Celebrity Apprentice.”

Trump campaign manager Corey Lewandowski dismissed any doubt about the poll numbers. He said it was coming from the same “political pundits who have been wrong every step of the way” about Mr. Trump’s candidacy, including predicting he would fade after the summer… He also noted that they had hired the Iowa organizer from Mr. Santrorum’s 2012 campaign, Chuck Laudner, who is considered one of the most formidable grass-roots organizers and get-out-the-vote strategists in the state. 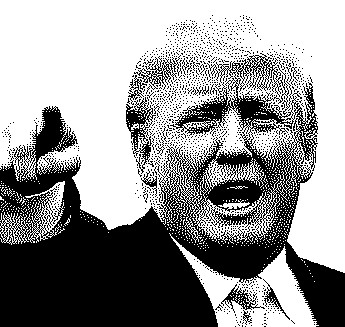 At the time, Trump and Carson were dominating the polls in Iowa. As it turned out, Kamienski — who pointed out that she had seen no real evidence of large-scale Trump support — astutely predicted a surprise in February. That turned out to be case as Ted Cruz walked away the victor by a significant margin.

The critical question that Miller and others have raised is the possibility that some poll respondents choose Trump based not upon policy positions but because they recognize his name.

In my non-scientific discussions with various registered voters, I have discovered a rather significant percentage who are unfamiliar with the name of any GOP candidate, except for that of Donald Trump.

Mention Trump’s name, however, and you see faces light up. The recognition and the reality show association is immediate. Quite a few are able to parrot Trump’s (in)famous quote from The Apprentice — “You’re fired!” — but know little else of the candidate’s background or political preferences.

Of course, many Trump advocates are quite familiar with the candidate and are certainly energized to vote. A Trump advocate observed after a November speech by the GOP frontrunner that many of the attendees “are not simply gawkers or fans of his TV shows.”

I suspect that many of these people are frustrated with the additional burdens and strife that Obama and the federal government have inflicted upon them; they are turning out as a result of Trump’s fame and the role he portrayed on his reality television show.

The term “low-information voter” may be too harsh, but I suspect that many Trump supporters feel the increased problems weighing them down but they can’t exactly identify the cause nor the origin of their problems.

They are not aware of imminent crises here and abroad, but they have then taken Trump’s reality show role and are applying it to the real world. They then conclude in their own minds that whatever the reason for the problems, Donald has always been successful dealing with it on TV and they extend that notion to Donald being the answer in present world circumstances.

These folks have stayed glued to the television for so long that they are convinced that the Donald is the solution to their problems. They have, however, come to the realization that they cannot change the channel.

With that said, it is also likely that many poll respondents who offer Trump as their preferred candidate do so only because they recognize his name.

This could provide insight into Trump’s inability to meet the pollsters’ predictions in Iowa and it could portend further disappointment for the billionaire real estate investor.

It may also explain Trump’s lowering of expectations in New Hampshire over the past several days.