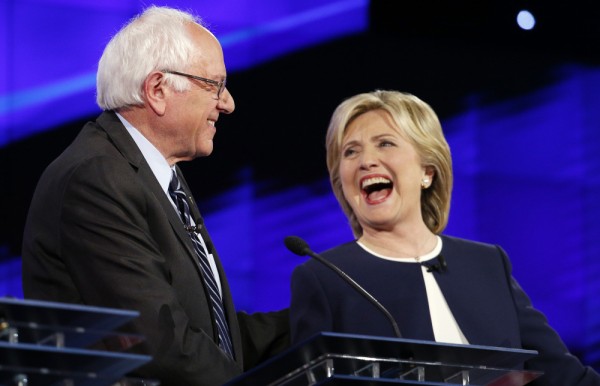 Whether you believe that there were nefarious motives behind the advancement of inaccurate information about the Carson campaign by Cruz ground operatives in Iowa or not, one thing is certain, true and undeniable. The leading candidates for the Republican Party’s nomination for President of the United States are feeding on each other. By doing so, they have effectively created an “emotional division” between the voters of the Right. To prove this out all one has to do is spend some time on social media threads related to the topic. Phrases like “Cruz haters,” “Carson’s a whiner” and “Trump is an idiot” are myriad. So, too, is the Conservative rank-and-file’s sudden acceptance of CNN as a credible, non-biased news source.

This election cycle the best that the Democrats can offer is a throwback hippie Socialist and the most disingenuous and opportunistic politician in recent history. The prospects of one of these improbably political creatures reaching the White House relies exclusively on the Republicans finding a way to shoot themselves in the foot; damaging each other so extensively in the primaries that the bleeding continues into the General Election. On the heels of eight years of Progressive rule and their disastrous policies for our economy and national security; in light of myriad scandals and a possible indictment hounding the DNC frontrunner, Republicans should have been able to nominate a potato chip and won in November.

Enter the politics of division. Enter opportunistic political tactics ala the Chicago machine. Enter the type of politics that each and every one of the Republican candidates says they abhor; that each says they will excommunicate from the lexicon of American politics should they be elected to the presidency.

And the Progressives and Democrats, their jaws on the ground, laughed in astonishment. Republicans and Conservatives fell for it again.

There was a reason that Ronald Reagan advanced the idea of the “Eleventh Commandment.” This political edict, originally attributed to California Republican Party Chairman Gaylord Parkinson, stated: “Thou shalt not speak ill of any fellow Republican.”

This is what is so incredibly frustrating for aware rank-and-file Republicans. For all the homage that Republicans – candidates, operative and voters – pay to the Reagan Legacy, one point they routinely ignore, and perhaps the most important, especially in presidential primary politics – is the Eleventh Commandment.

Today, as I write this, the top four candidates for the Republican nomination are not talking about their policies, ideologies or agendas; they are talking about personalities, intra-party political tactics and playing the victim/blame game while dividing the electorate on the Right side of the aisle. As Bernie Sanders continues to make inroads with intellectually vacuous voters, and Hillary Clinton continues to spin in an attempt to escape her self-imposed death spiral, Ted Cruz, Donald Trump, Marco Rubio and Ben Carson are ensnared in the media web, finding themselves fodder for the “pundocracy” and the “all hail the ratings” 24/7 news cycle. It conjures up images of the tribute talk show in The Hunger Games.

And the Progressives and Democrats are looking at each other, scratching their heads, and asking, “Are they really doing this?”

Today, as I write this, supporters of Cruz, Trump, Rubio and Carson, are engaged in heated debates – some caustically overt – with their Conservative brethren. While Carson supporters seek validation in their complaint that assumptive information was issued by CNN and then super-charged and advanced by political operatives unfriendly to the Carson campaign, Cruz supporters abdicate any and all responsibility for their camp’s actions, instead citing the original CNN report as the culprit. Trump and his followers are screaming “fraud” and Rubio supporters – the flames fanned by Karl Rove – are wondering if the numbers would have been different if the episode never would have occurred. In the end, all of this has fomented discontent and created a divide among the Conservative and Republican electorate.

Additionally, and perhaps most disturbing, is that all of this is occurring over a report from CNN, not the most friendly to Conservatives and Republicans, and certainly a news outlet which has been embarrassed by inaccurate reporting in the past. From the Boston bombing to previous presidential elections, CNN isn’t the benchmark for breaking news accuracy. Yet today’s driving forces in Conservative and Republican politics run with CNN’s reporting without verifying the information as fact? Really? Any credible (read: successful) political campaign establishes backchannel communications with opposition campaigns to verify just such things. It’s “Politics 101.”

Meanwhile the Progressives and Democrats sit back in amazement at how fickle Republicans and Conservatives are; that they would dispose of Reagan’s edict to wallow in mire that is the cable news rating game; that rank-and-file Republicans and Conservatives would turn on each other like jackals to insist they their version of events it the truth and the only truth and anything else is a lie.

Here are two facts that cannot be denied; facts that will serve to reunite the Right after this embarrassing turn of events:

It is time that each candidate comes clean to the public about their trip-up into status quo politics; that they rededicate themselves to the idea that “business as usual” politics is bad for the country. It is also time for each candidate’s supporters to stop demonizing those who don’t agree with them – especially on this issue – as “haters” and “whiners” (we are, after all, on the same side in the end).

It is time to save our country from ruin. And we can’t do that if we are at each other’s throats.