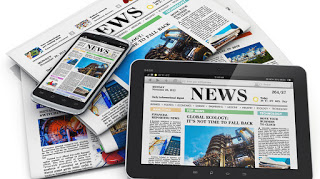 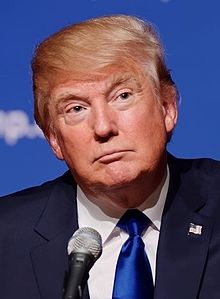 “Other Republican candidates have noticed the Trump coverage, and some of them are frustrated by it.

“It could be the free billion dollars of publicity he has gotten by being on every channel all the time,” said Kentucky senator and GOP 2016 candidate Rand Paul, when asked Tuesday on Fox News about Trump’s surge.”

The leftist media, and don’t think for a moment NBC, CBS, ABC, CNN or even Fox are not part of a vast propaganda game that sponsors polling data that alters the public’s perception and the eventual outcome of elections. They’ve propped up weak candidates to run against stronger opponents for years; how do you think we got John McCain?   You really think angry John McCain would have risen to the top of the Republican ticket had it not been for some serious help from the Democrat Party via one of their favorite tools, the news media?

So it’s happening again, only this time around the Democrat Party wants Hillary Clinton, or if she’s already on her way to prison, Bernie Sanders running against Donald Trump; or better still, an Independent Party Donald Trump along with Ted Cruz for the GOP to split the vote.  Those who’ve jumped on the Trump band wagon are oblivious to this game of chess; for that is what it really is, a game of high stakes chess with the winner taking all the marbles.

This time around the marbles include picking the next Supreme Court Justice, total implementation of the United Nation’s Agenda 21, expansion of the war on coal and oil for the purpose of destroying America’s ability to compete on the world market, eradication of the 1st, 2nd, 4th and 10th Amendments as found in the Bill of Rights along with shredding what’s left of our constitution.

Other than that not much is at stake so don’t give it another thought as you blindly follow the media and pull the lever for Donald Trump; he’s our boy.