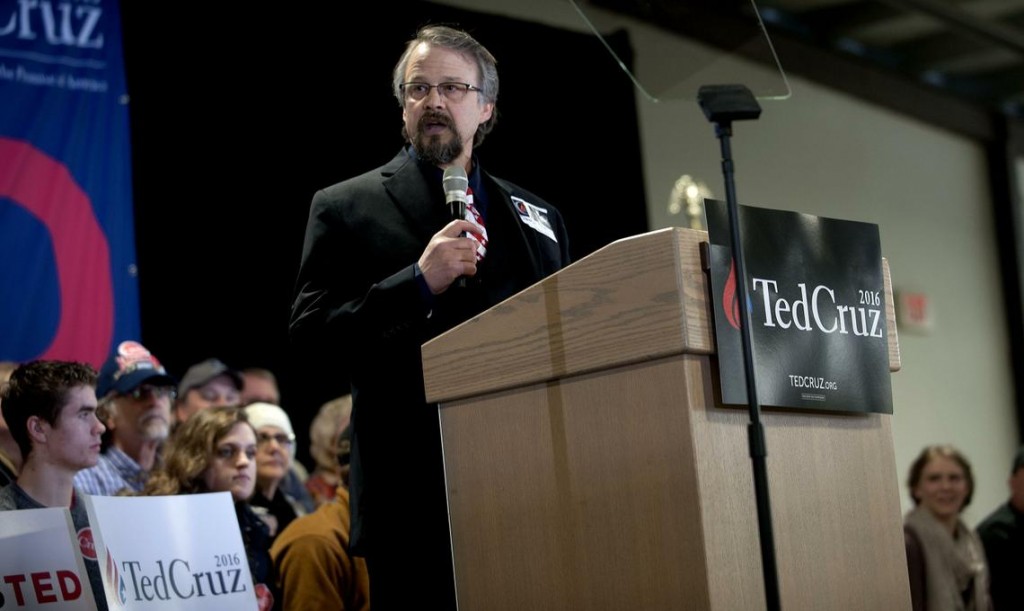 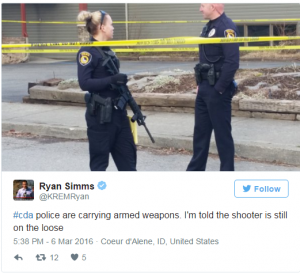 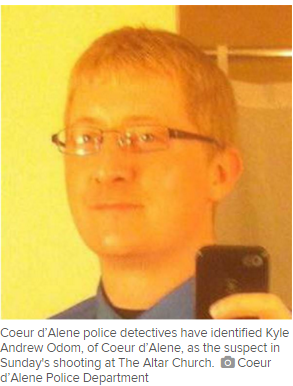 Pastor Remington has spent years building a faith-based recovery program for drug addicts and alcoholics, and he has counseled jail inmates. He has been threatened by drug addicts over the years. The authorities have eluded to the fact that the pastor knew his assailant and that it might have to do with his outreach, but I just can’t help but think of where he was the day before, with Ted Cruz. One resident asked, so what is this? Political terrorism? We may never know. No motive is known yet.

The shooting was recorded by a security camera at the church, at 901 E. Best Ave. The suspect was inside the church during morning services. The man “kind of wandered around,” then went outside and waited in his car about 10 minutes before Remington left the church just before 2 p.m., John Padula, outreach pastor at Altar Church said. Remington opened his car door and the shooter walked up behind him “and just started shooting him in the back,” he said. The shooter stood in a military-like posture, Padula said. “It didn’t look like the first time he had shot. He stood pretty professional as he was shooting.” 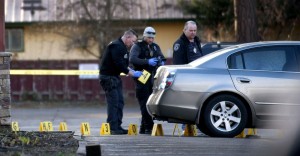 The pastor’s car was riddled by shots and casings were left littered on the pavement around his car. Two men at the church quickly ran to their pastor’s aid. Remington was shot in the lung, head, hip and shoulder, but escaped life-threatening injuries. God was watching over him it would seem. It just wasn’t his time yet. Remington is described by parishioners as “tirelessly devoted, self-sacrificing, loving.”

Remington is the director of Good Samaritan Rehabilitation, which provides drug and alcohol treatment. The faith-based approach aims to instill a sense of purpose, identity and confidence in people, and he believes recovering addicts benefit from spending time with Christian mentors. He and his family have invited addicts to live with them over the years and he is widely loved and respected in the community. Coeur d’Alene Assembly Church opened its doors Sunday evening for church members and others in the community to gather for prayer. Remington’s wife, Cindy, and their daughter and three sons are with him at the hospital.

Ask yourself why you aren’t seeing this in the media. You would think the attempted assassination of a pastor who was just at a rally for a candidate for president of the United States would get coverage. We’re waiting… or will Fox News and the rest of the media just keep ignoring all things Ted Cruz? 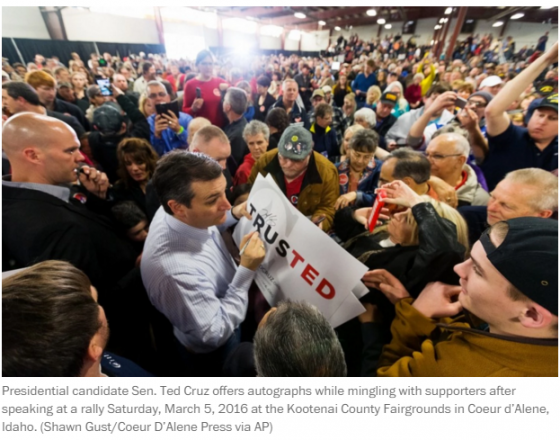 UPDATE: He was an Obama supporter.

Here is a portion of Odom’s manifesto that he sent to @KHQLocalNews. This page discusses President Obama.