Rich is a 23-year Army veteran who retired as a Lieutenant Colonel in 1990. He was awarded the Legion of Merit for his years of service. Additionally, he was awarded two Bronze Stars with “V” for Heroism in ground combat, the Presidential Unit Citation, and the Vietnamese Cross of Gallantry while serving with the 101st Airborne Division in Vietnam. Visit his website here: www.drrichswier.com 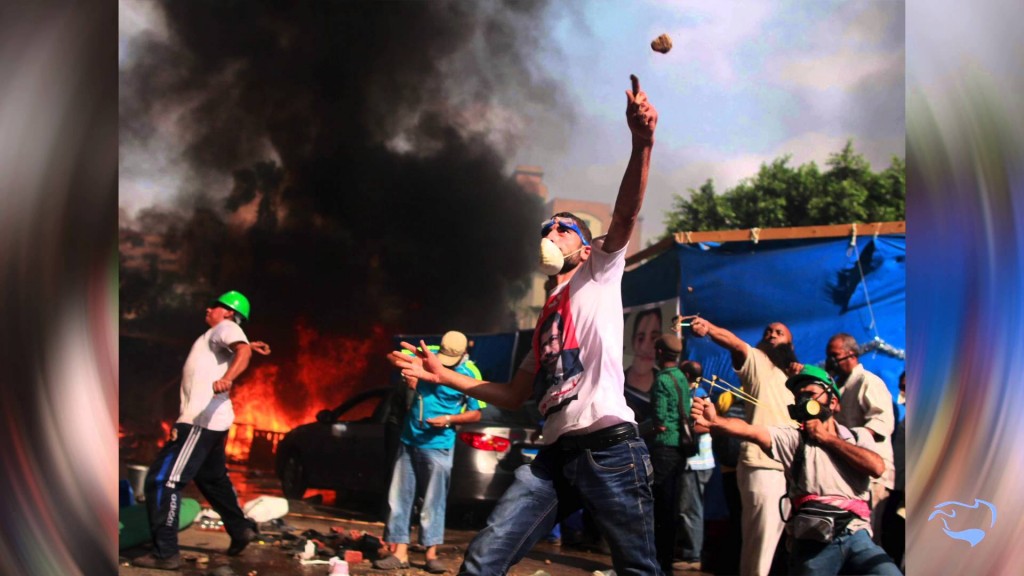 Donald J. Trump has a strange and unhealthy fascination with the “strength” of those who pummel, terrorize, and kill people. At the Miami Republican debate, he stood by comments in support of the Communist Chinese dictatorship for killing protesters during a “riot,” and he praised the leading killer in the Kremlin, Vladimir Putin, for being “strong.” Despite these shocking assertions, Trump was seen by some in the media as turning in a respectable or even “presidential” performance. At least he didn’t talk about his body parts or use obscenities.

Once again, according to Trump’s leading media cheerleader, the Drudge Report, the New York businessman won the debate. Drudge said he got 63 percent in an online survey, versus 24 percent for Senator Ted Cruz.

It seemed bizarre to me. But in a matter-of-fact manner, moderator Jake Tapper noted that Trump has been criticized for “praising authoritarian dictators.” Hequoted Trump as saying about China’s massacre of pro-democracy protesters at Tiananmen Square, “When the students poured into Tiananmen Square, the Chinese government almost blew it, then they were vicious, they were horrible, but they put it down with strength. That shows you the power of strength.”

END_OF_DOCUMENT_TOKEN_TO_BE_REPLACED 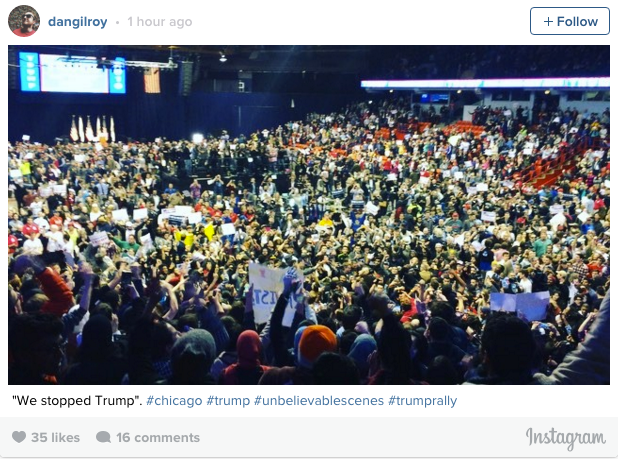 END_OF_DOCUMENT_TOKEN_TO_BE_REPLACED

MoveOn’s statement on the cancellation of the Trump rally in Chicago. pic.twitter.com/eppJOy1O81 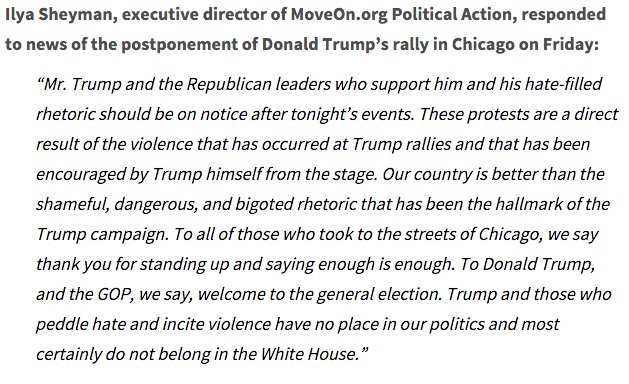 ****** There was a time when a financial relationship existing between Trump and Soros, but Soros later successfully concocted a plan of economic and social engineering warfare on America. March 11, 2016 in Chicago was a display of MoveOn’s efforts to interject in the political process and free speech to great affect.

Sanders blasted Emanuel for his controversial push to close dozens of Chicago schools in 2013 over poor performance. Sanders said, “I want to thank Rahm Emanuel for not endorsing me.”